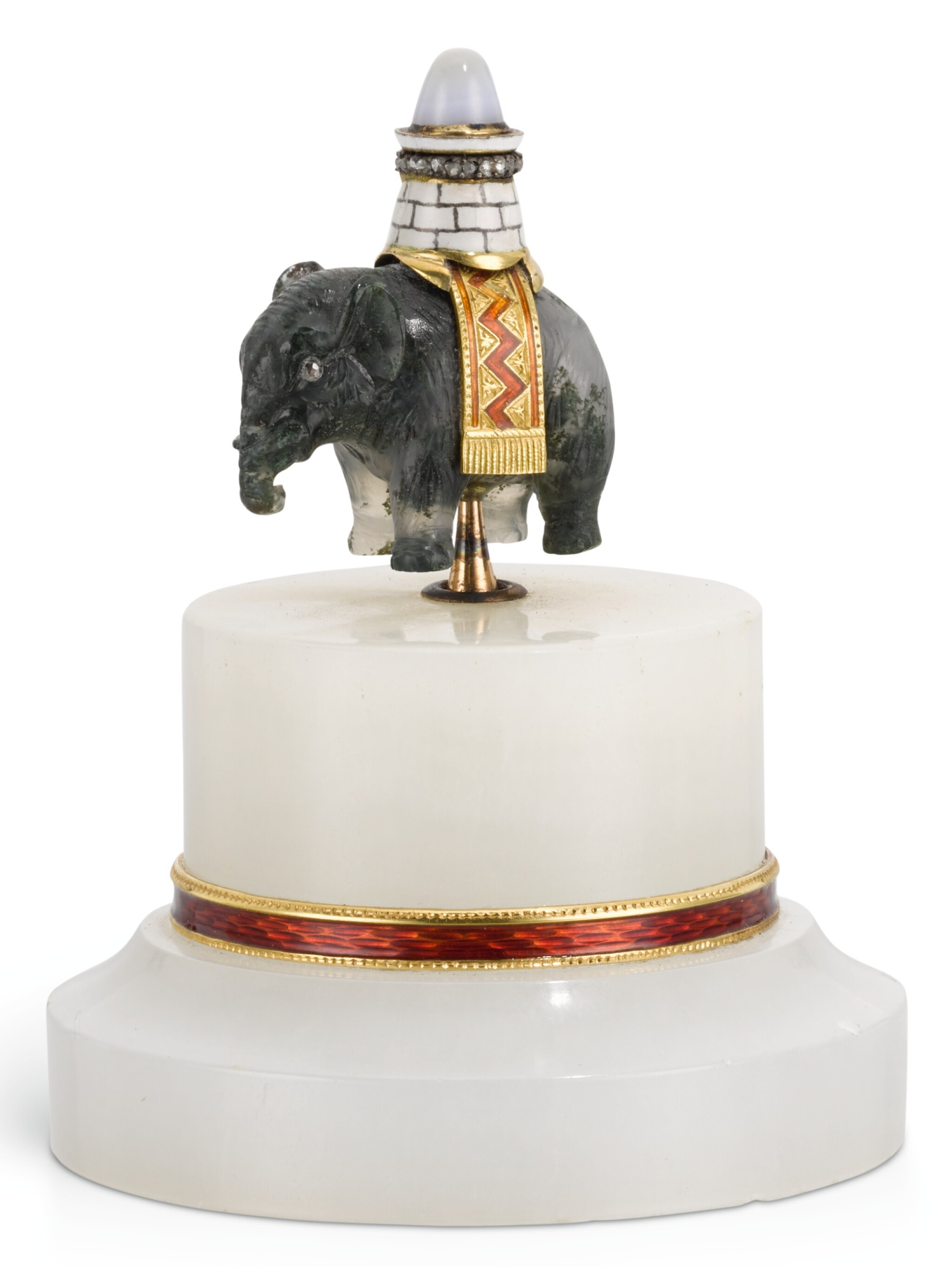 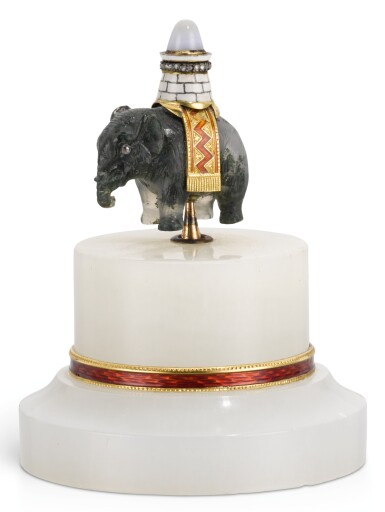 modelled as the Danish Order of the Elephant, the elephant carved from moss agate with diamond-set eyes, gold and enamel howdah, moonstone pushpiece, on a white agate base with a gold and red guilloché enamel band, struck under enamel mount with workmaster's initials, 56 standard

Overall in good condition. The hardstone base with some minor chips at edges, the largest 5 by 1 mm. With a few scattered losses and very small chips to the white enamel of the howdah.

The elephant in good condition with a small crack or internal inclusion running through the front left leg.

The elephant, as a symbol for the Danish Royal House and the ancient Order of the Elephant, Denmark's highest chivalric order, was also an important symbol for the Russian Imperial family. The imagery had become particularly important after Emperor Alexander III married Princess Dagmar of Denmark, later Empress Maria Feodorovna. The Danish order's distinctive elephant and castle informed the ornament of several important Imperial commissions from Fabergé including a monumental kovsh celebrating the golden wedding anniversary of King Christian IX and Queen Louise of Denmark as well as the 1903 Danish Jubilee Egg, an Easter gift from Emperor Nicholas II to his mother.

A related triple bell-push with elephants was sold Sotheby's New York, 21-22 April 2010, lot 180 for $266,500. For a Fabergé bellpush mounted with an obsidian elephant in the Royal Danish Collection, Amalienborg, please see exhibition catalogue, Fabergé: The Tsar’s Court Jeweller and his Association with the Danish Royal Family, Copenhagen, 2016, p. 73, illustrated, no. 3.