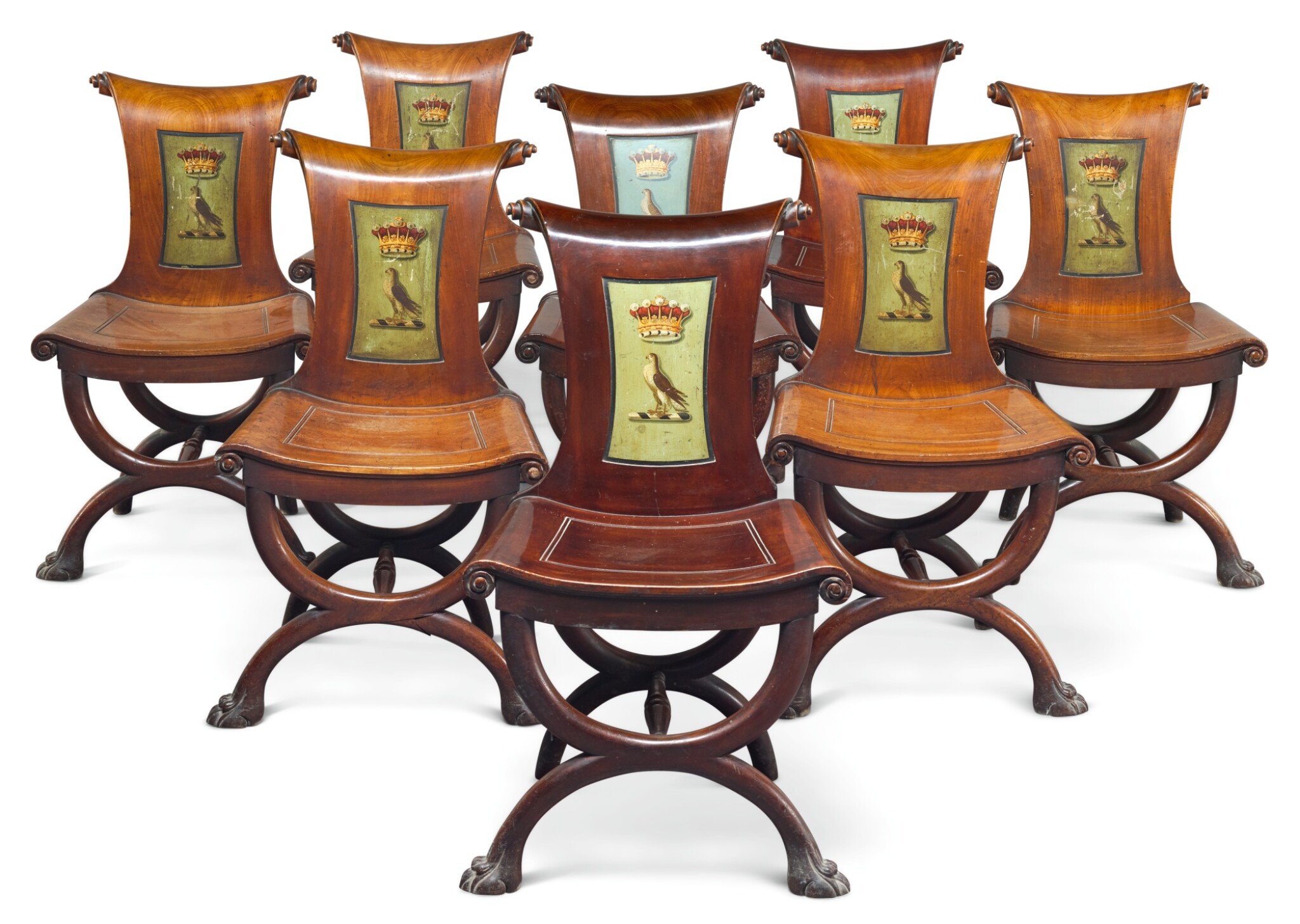 with tapered scrolled backs, panelled and painted with the Clements family crest, the panelled and scrolled seat on X-frame supports with paw feet, one chair lacking a back leg

A wonderful model in overall reasonable country house condition with evidence of much use and wear and therefore displaying conforming restorations. Variations to colour across the set as visible in the catalogue image, and two chair apparently re-polished some time ago. Painted crests with minor scratches and losses. The polish to one painted crest has been remove revealing the brilliant blue original surface. Old marks, scuffs and scratches to frames throughout. Two missing ears to lower section, one to the lower left of one chair and one to right of another chair. Possibly some replacements to others. One chair with splice repair to front legs. One chair with age splits to seat and one ear recently re-attached and with movement to back legs which will required attention. One chair lacking lower section of one back leg, as stated in the catalogue, which will require replacement. Repaired break to front left of one which will require attention. Evidence of minor old worm activity which no longer appears to be active. Generally this set would benefit from further conservation. Interestingly two examples from the set are slightly heavier, with a thicker gauge to the backrests, although they are certainly en suite and of the period and part of the set of 8 listed in 1807. Generally of superb quality.

Emblazoned with the Clements family crest, this set of hall chairs was probably supplied to Robert Clements, 1st Earl of Leitrim (1732-1804) shortly after the creation of his Earldom in 1795. Clearly influenced by the output of Thomas Hope, with their exaggerated scrolled backs, cross-frame legs and hairy lion-paw feet, the form would have appealed to the antiquarian sensibilities of Robert Clements who undertook his first Grand Tour in 1753-54.