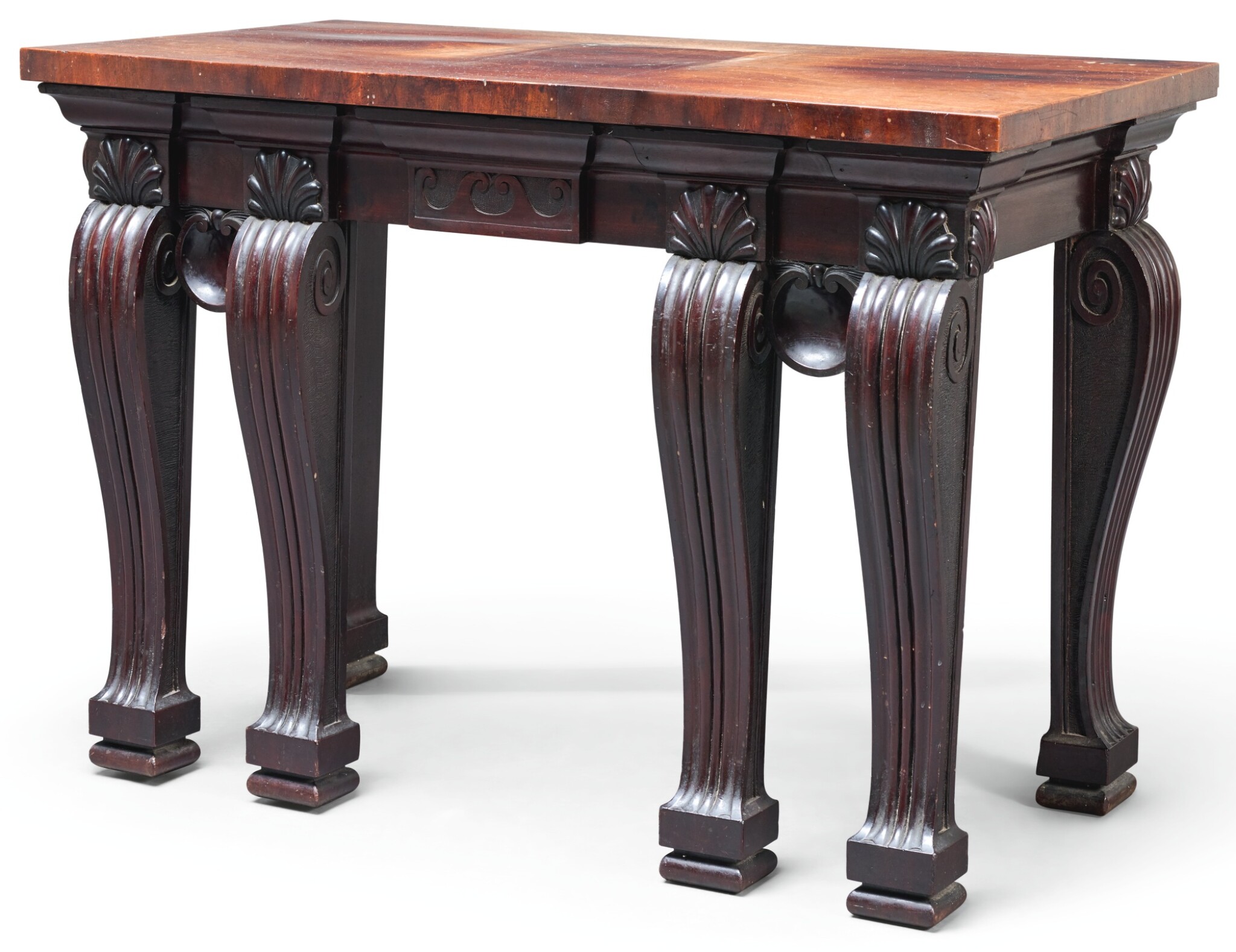 In overall good condition. Top with old marks and scratches. Big area of discolouration from where a large marble bust was formerly displayed on the table at Birr castle. One of the shells appears to have been cut down and as stated in the printed catalogue, top shells and dished aprons are all later. The rest of the table is in good condition with minor old marks, scuffs and scratches consistent with age and use, and would generally benefit from a gentle clean.

Brought to Birr Castle in the 1940’s by Anne, Countess of Rosse (née Messel);

Anne, Countess of Rosse was born in 1902 and spent much of her childhood at Nymans House in West Sussex, the house her grandfather, Ludwig Messel bought when he came over to England from Germany as an émigré.

Countess Anne grew up to become a notable figure in London and Ireland, labelled as one of the ‘bright young things’ by the media who took a great interest in her and her social circle at the time. In 1957 she proposed the founding of the Victorian Society which promoted, through events and a magazine the appreciation of Victorian listed buildings and their heritage. The members of this society included John Betjeman and former Bletchley Park codebreaker, Jane Fawcett. Anne married Michael Parsons, the 6th Earl of Rosse in 1935 and the couple moved to his family Seat at Birr Castle in County Offaly, Ireland, where the Parsons family have held their seat since 1620.

The table was probably moved from one of Countess Anne’s properties in England around this time, the most likely candidate being their house in Lancaster Gate which was sold in the 1940’s. The form of the table, which in its original state would have had a marble 'slab' top, relates closely to the famous 'buffet' designed by William Kent (c. 1685-1748) for the Marble Parlour at Houghton (see Adam Bowett, Early Georgian Furniture 1715-1740, China, 2009, p. 218, pl. 5:34).