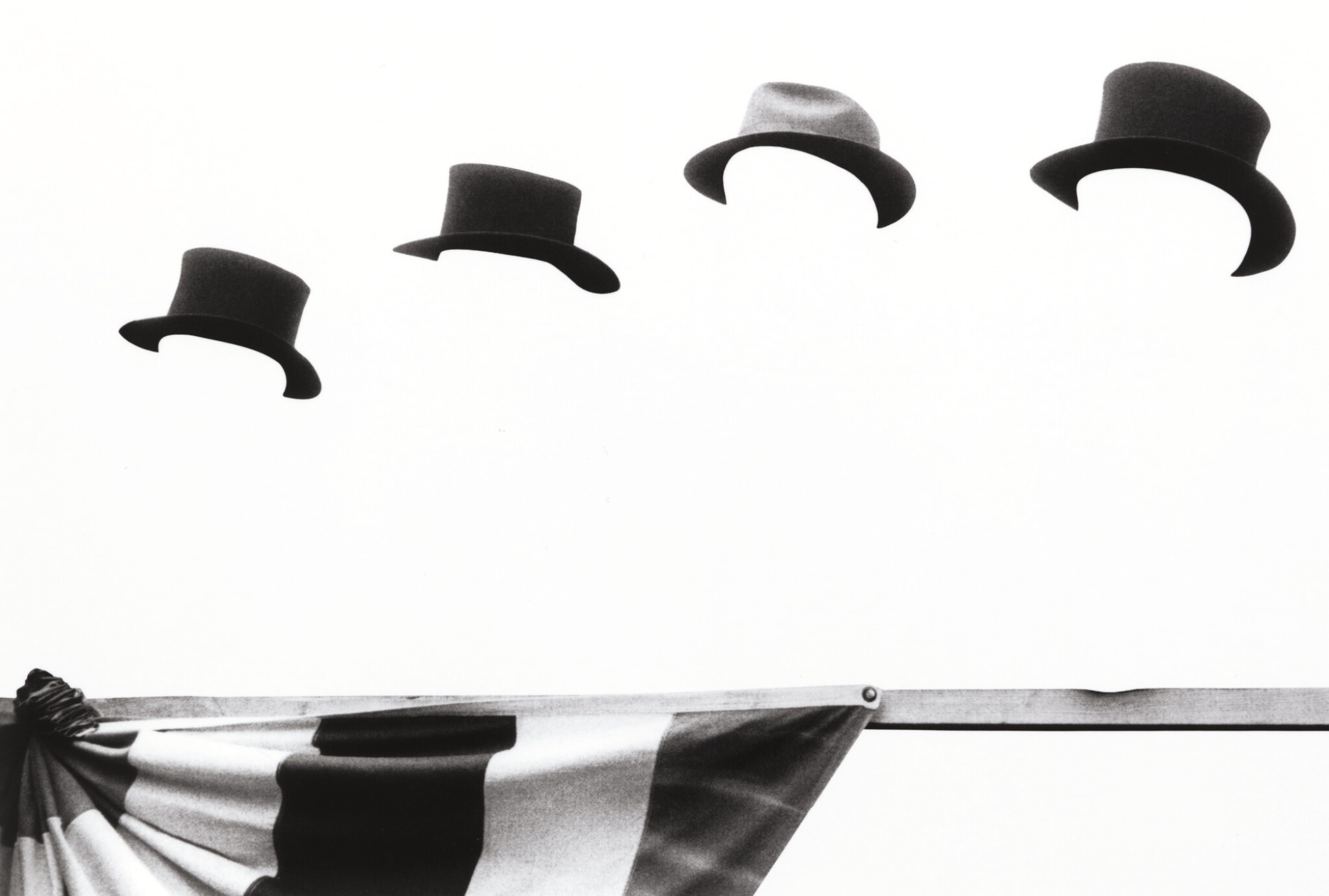 (Belgium: Self-Published, 2016, an edition of 5), a portfolio of 83 photographs, 2012; together with printed credit/title, signed and editioned '2/5' in ink; accompanied by 'Less Américains' (Belgium, 2013, a total edition of 350), a hardbound book. Octavo, white-lettered light blue linen clamshell box

The photographs, book, and case are in generally excellent condition. There is some extremely minor, soiling on the portfolio case.

For his cleverly titled Less Américains, Belgian artist Mishka Henner takes inspiration from Robert Frank’s seminal 1958 photobook The Americans (originally published in France as Les Américains), selectively erasing parts of Franks images to create 83 images all his own. In Henner’s finished product, all of the 'Americans' have been removed – for example, the well-known faces and bodies of the men and young boy in Yom Kippur, the 16th image in Frank’s photobook, have been entirely erased, leaving only a sea of floating hats. America has changed since Frank toured the country in the mid-1950s, and so has photography. Henner’s project offers commentary about how the overload of imagery in today’s society reduces the impact of any single image.

The present portfolio, including prints of all 83 reimagined photographs, is accompanied by the hardbound book of Henner’s project. The order of the photographs is faithful to Frank’s 2008 edition of The Americans, but the cover and title page designs are influenced by the first 1958 edition, Les Américains, printed in France. Henner’s book includes an introduction by Elisabeth Tonnard in which she reconceives Jack Kerouac’s original introduction by removing the letters A.M.E.R.I.C.A.I.N.S. from his text.