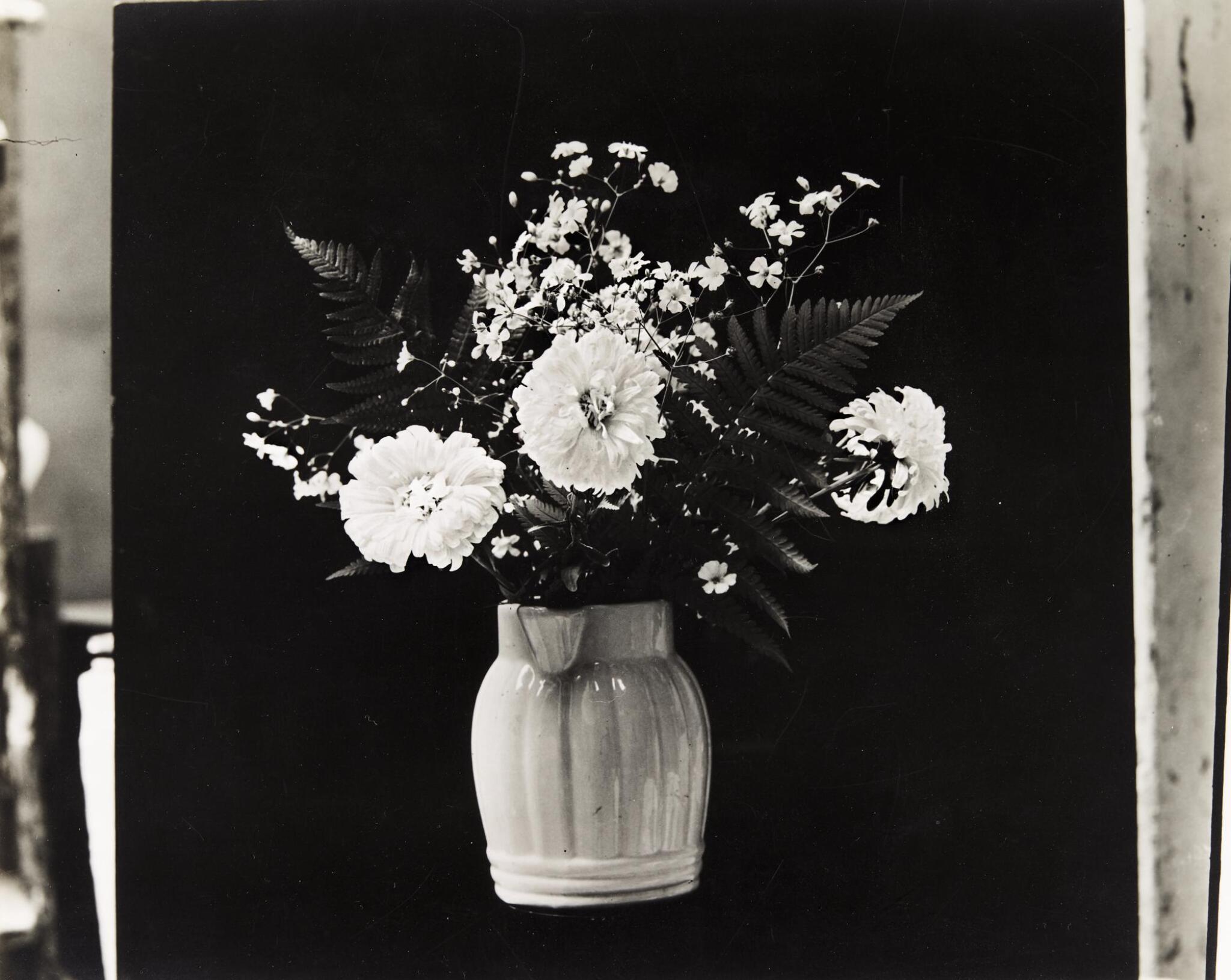 This silver print is in very good to excellent vintage condition. Corners mounted to mount card, preventing of seeing print verso. Corners slightly rubbed, as well as edges in a few small areas. Some light silvering visible in raking light in darker areas along edges. One small soft handling crease in lower right quadrant, one soft handling mark near left edge, as well as some fine indentation lines and a couple of tiny scratches across print, all of which only visible in raking light.

After meeting Man Ray in Paris in 1921, Constantin Brancusi was drawn to incorporate photography into his greater artistic practice. The American artist initiated Brancusi by helping him to buy equipment, install a darkroom in his atelier and refine his photographic technique. Although Brancusi is best known for his influential abstract sculptures, his use of the photographic medium was designed to not only document his works but to translate and progress his creations into the light-manipulated two dimensional realm. As a result, he is considered one of the most innovative image-makers in the history of photography.

Brancusi’s embrace of the medium might have been at first purely practical. Photographic prints served as the easiest way by which sculptors could promote their work, even more so for Brancusi who avoided having a dealer and rejected the idea of having other people immortalise his oeuvre. As he further delved into this side of his practice, the artist began to play with the juxtaposition of his works in his well-known studio located in 8 Impasse Ronsin, a cul-de-sac of studios to the west of the Gare Montparnasse in Paris. These groupings of his sculptures would be known as ‘groupes mobiles’ a term coined by the artist. Soon Brancusi would shift from exclusively photographing his sculptures to experimenting with the medium, resulting in numerous self-portraits as well as still-lives such as Bouquet, 1930 and Bouquet, c.1930.

These two vintage prints are a great representation of Brancusi’s approach to photography. In the first image, we see the vase placed on one of his tailored plinths that were intended for the display of his sculptures. The background offers the viewer an insight into his studio as we identify different types of materials including multiple shapes and tones of stone, and become the perfect backdrop for this simple bouquet. The next image depicts a shift in the use of photography for the artist. The main focus of the composition turns to the flower arrangement as a result of the black background. However, the artist decided to centrally frame the image while at the same time leaving the sides to show details of his intimate studio. This is clearly proof that although initially his interest in photography was purely practical, it soon became an integral part of the artist’s production.

Today, Brancusi’s photographic works are highly coveted pieces which are in some of the most important art collections, with his archive of about 1,250 photographic prints and 560 original negatives being housed in the Musée National d’Art Moderne, Paris.