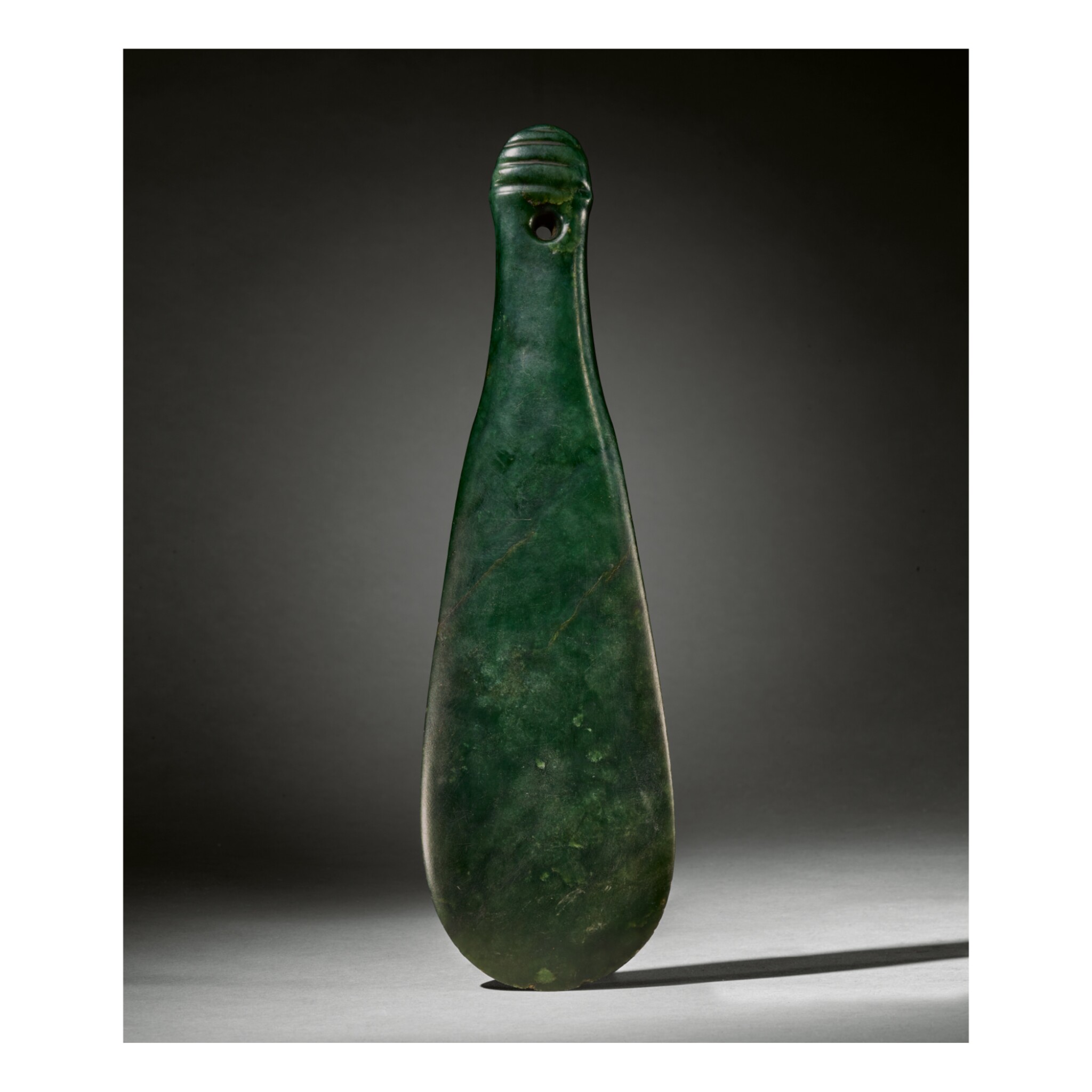 Robert M. Browne, Honolulu, presumably acquired from the above

This fine short club is made in the most precious material to Maori, pounamu, or greenstone. The exceptional hardness of pounamu meant that clubs made of it were able to take a keener edge than their counterparts in wood, whalebone, or greystone. Whilst of the same form as the greystone patu onewa and the whalebone patu paraoa, the greenstone club alone was known as mere.

All objects made from pounamu possess intrinsic value and were treated as taonga; mere pounamu were objects for the chiefly elite and served as signs of rank and authority which would be passed down from generation to generation. They were also important objects of exchange. Anne Salmond writes that "a famous mere (hand club) was a great gift", a point which she illustrates in her translation of "an early Maori text" from John White's The Ancient History of the Maori: "The chief […] took his greenstone mere and gave it to the young visiting high chief, and he in return presented his greenstone weapon to his host. Those mere were manatunga (heirlooms), and in the old custom it was proper for such men to exchange such weapons, because they represented the descent lines which held them in keeping." (Salmond in Moko Mead, Te Maori, New York, 1984, p. 119).