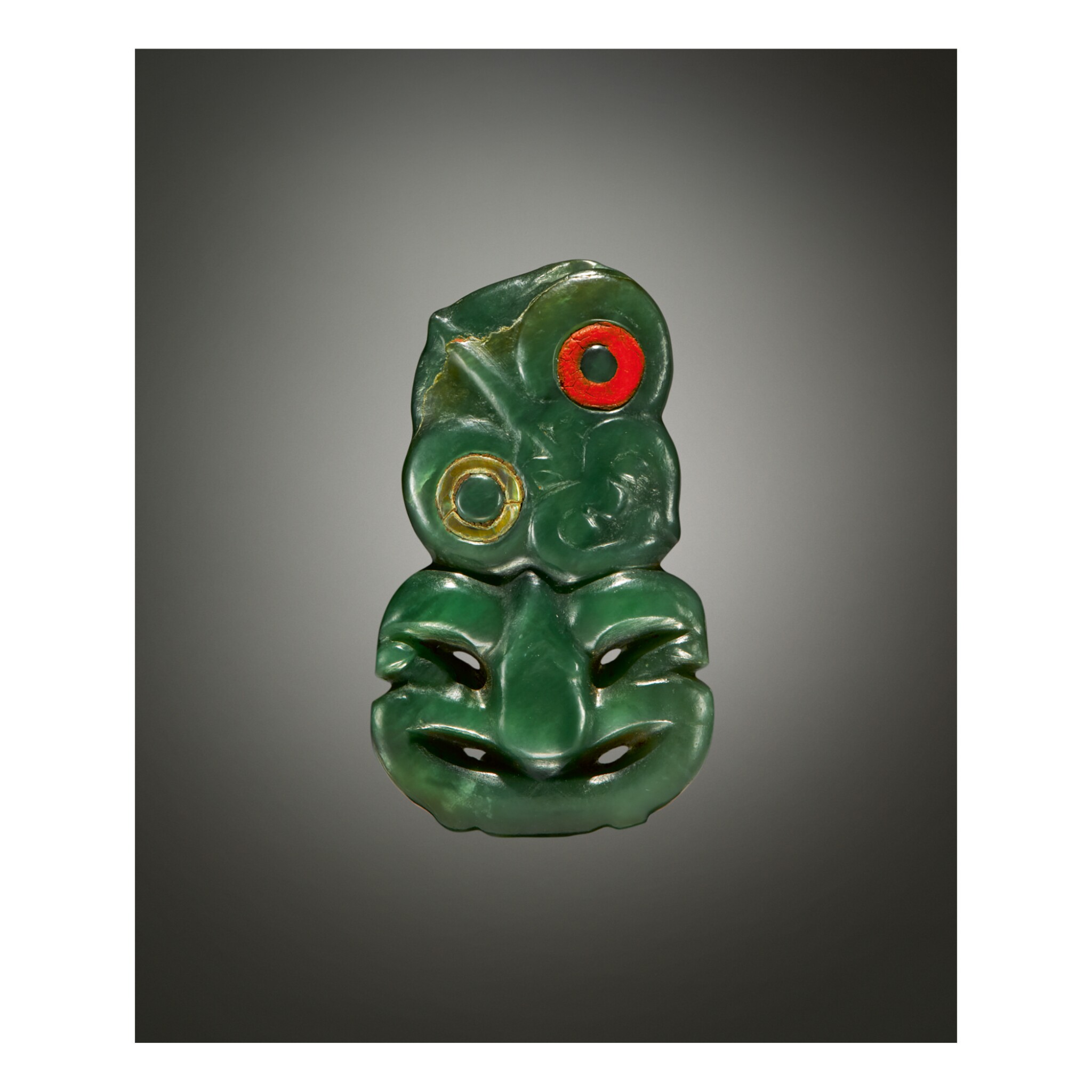 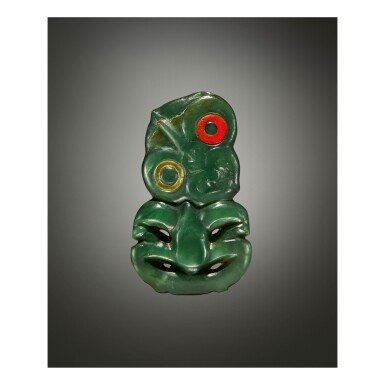 Greenstone, or pounamu, was greatly prized by Maori, who considered it to have mystical qualities. All objects made of pounamu were valued, but hei tiki were particularly treasured heirlooms. They often had their own names, and were passed down within families from generation to generation, gaining in ancestral mana. Interpretations of the significance of the form of these highly recognizable but enigmatic objects are varied and inconclusive.

Pounamu is harder than iron and working with a cord drill and sandstone saws and files a tohunga whakairo, or master-carver, could take several months to complete a single hei tiki. The tohunga whakairo did not set out to create a work of art; he was simply the means by which the gods expressed themselves in material form. The act of creation itself was tapu, or sacred, and subject to certain prohibitions.

The great care taken in the creation of the present hei tiki is evident in its fine modelling and in such details as the suspension hole, which has been painstakingly drilled at an angle through the back of the pendant so as to emerge inconspicuously at the top of the head.

The present hei tiki retains its iridescent paua shell inlay in the proper right eye, whilst the left is inlaid with red sealing wax. This European trade item was much prized by Maori, who always valued the color red. When the original paua inlays of old hei tiki were lost they were often replaced with sealing wax, its striking scarlet shade forming a fine contrast with the deep, rich green of the pounamu.