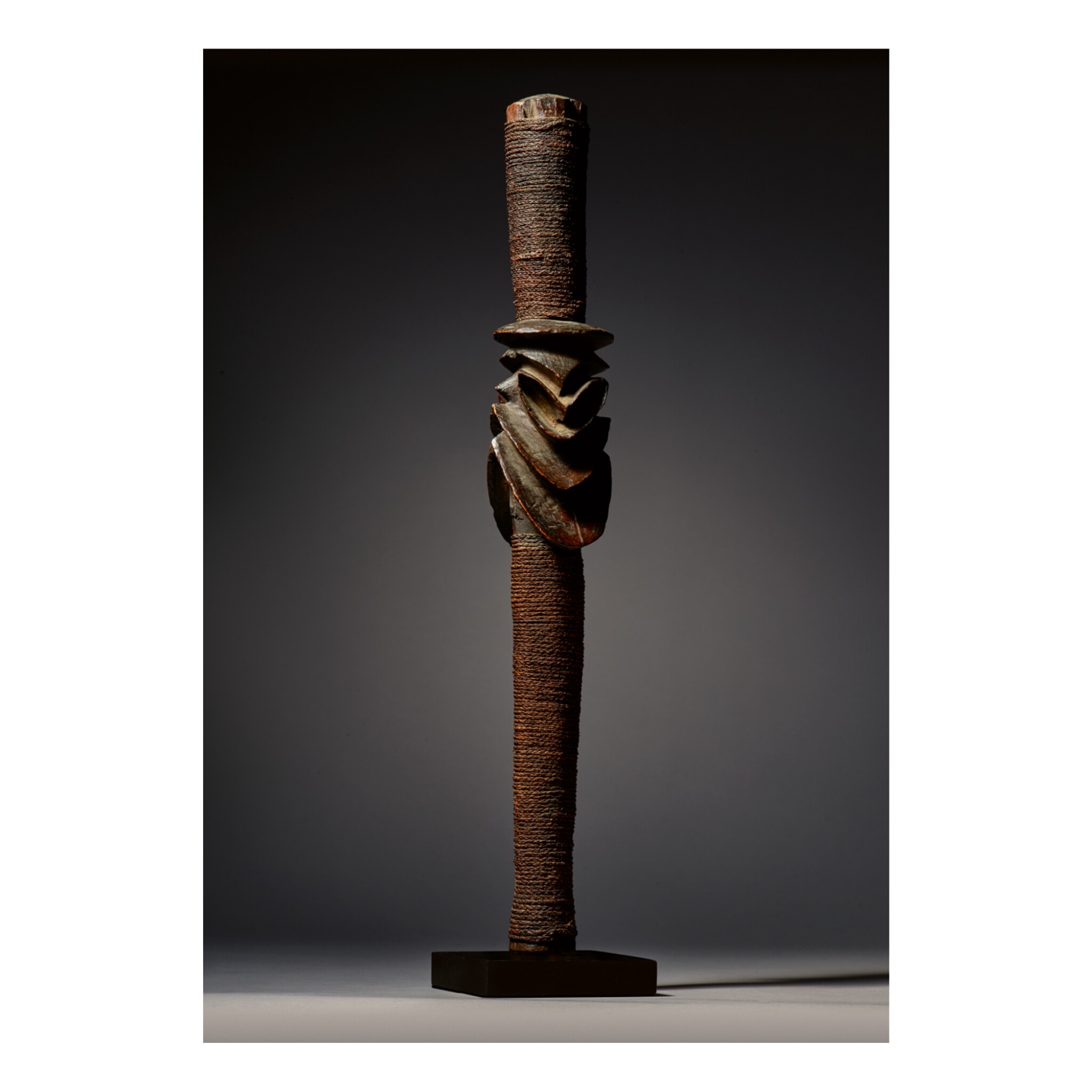 In his ethnological study of Vanuatu, first published in 1923, Felix Speiser notes that in Malakula there existed "spears with a bone head set on a wooden foreshaft which swells out and is carved in the form of two stylized human faces. The bone head, which is ground from a human tibia [...] is let into the long peg of the wooden foreshaft", which was then attached to a shaft of "rigid, fairly thick bamboo. The spears are anything up to 325 centimetres [128 inches] in length" (Speiser, Ethnology of Vanuatu, Bathurst, 1991, p. 186).

The dramatic and highly stylized faces which appear on this spear foreshaft are characteristic of sculpture from Malakula. Speiser speculates that their appearance may be derived from the way the human face appears in Vanuatu's "steeply falling light, [which] illuminates mainly the forehead and the nose whereas everything under [...] is in deep shadow" (ibid., p. 396).