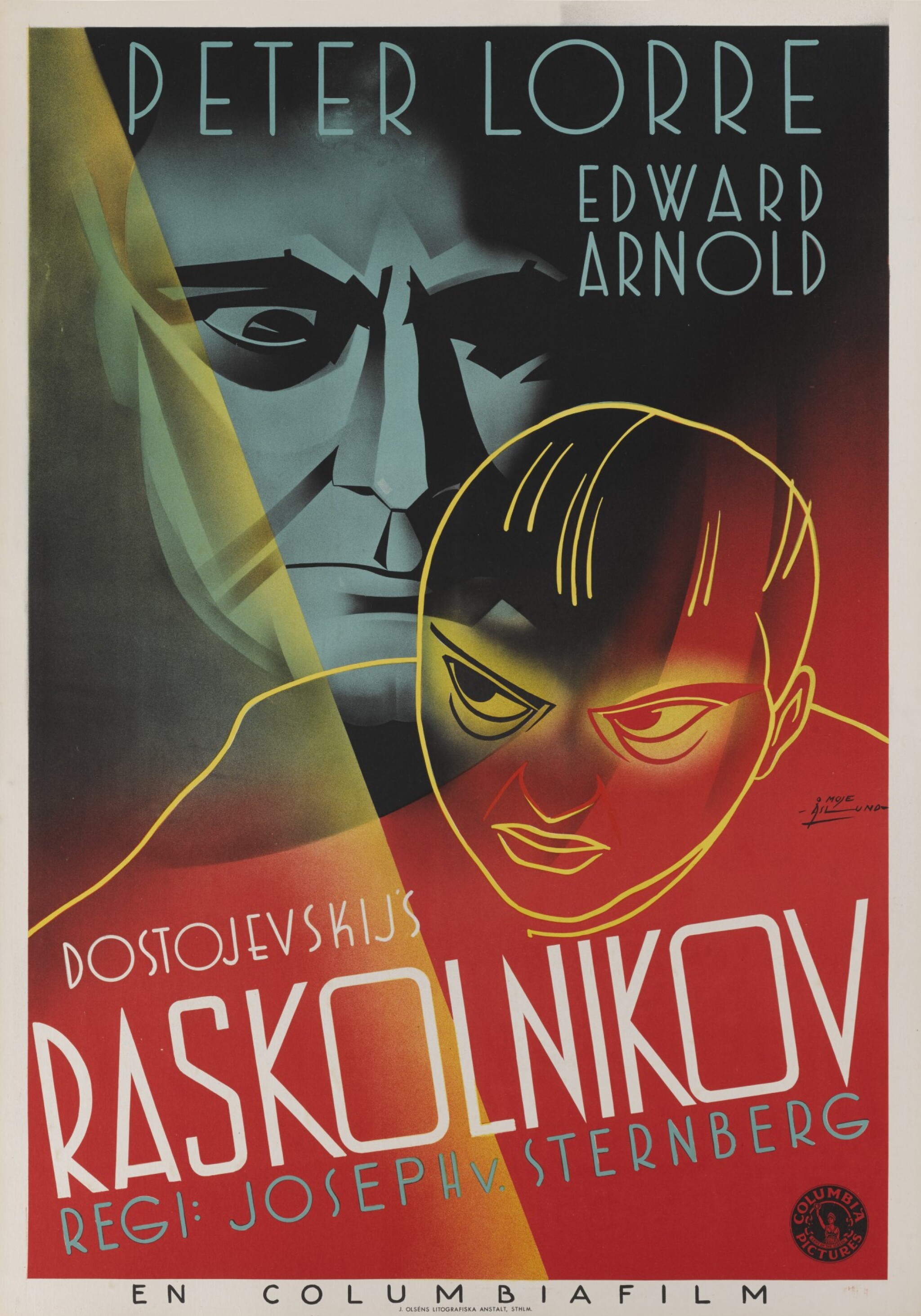 This film was directed by Josef von Sternberg, whose illustrious career spanned the transition from the silent to the sound era. He is best known for his work with Marlene Dietrich in the 1930s. Crime and Punishment was adapted from the novel of the same name by Fyodor Dostoevsky. The film stars Peter Lorre in the title role. Moje Aslund's artwork menacingly captures the suspense of the film. The Swedish title of the film, Raskolnikov, is the name of the main character played by Peter Lorre. Exceptionally rare, and has surfaced only a few times.

Linen-backed and unfolded. Excellent condition with the colours remaining very bright. Very minor restoration to a couple of small surface abrasions that do not affect the main artwork.