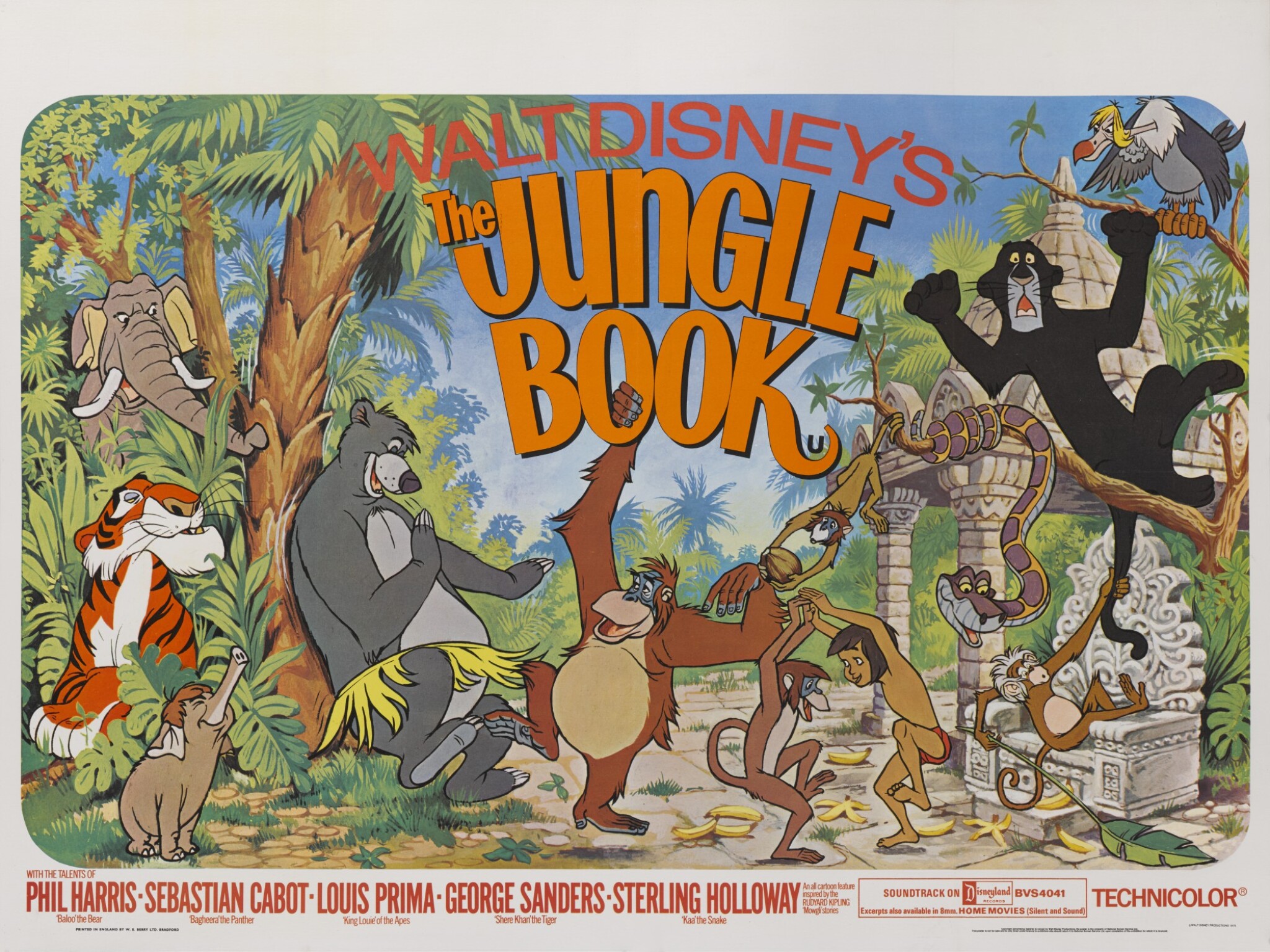 The Jungle Book, by Rudyard Kipling, was published in 1894. The first screen adaptation was by the Korda Brothers in 1942, followed by Walt Disney's classic 1967 animation musical, with its acclaimed soundtrack, featuring five songs by the Sherman Brothers and one song, 'The Bare Necessities' by Gilkyson. So popular is this storyline that Disney have to-date re-made it twice, first in 1994 and also in 2016. This charming artwork was only used for the 1975 re-release of the film.