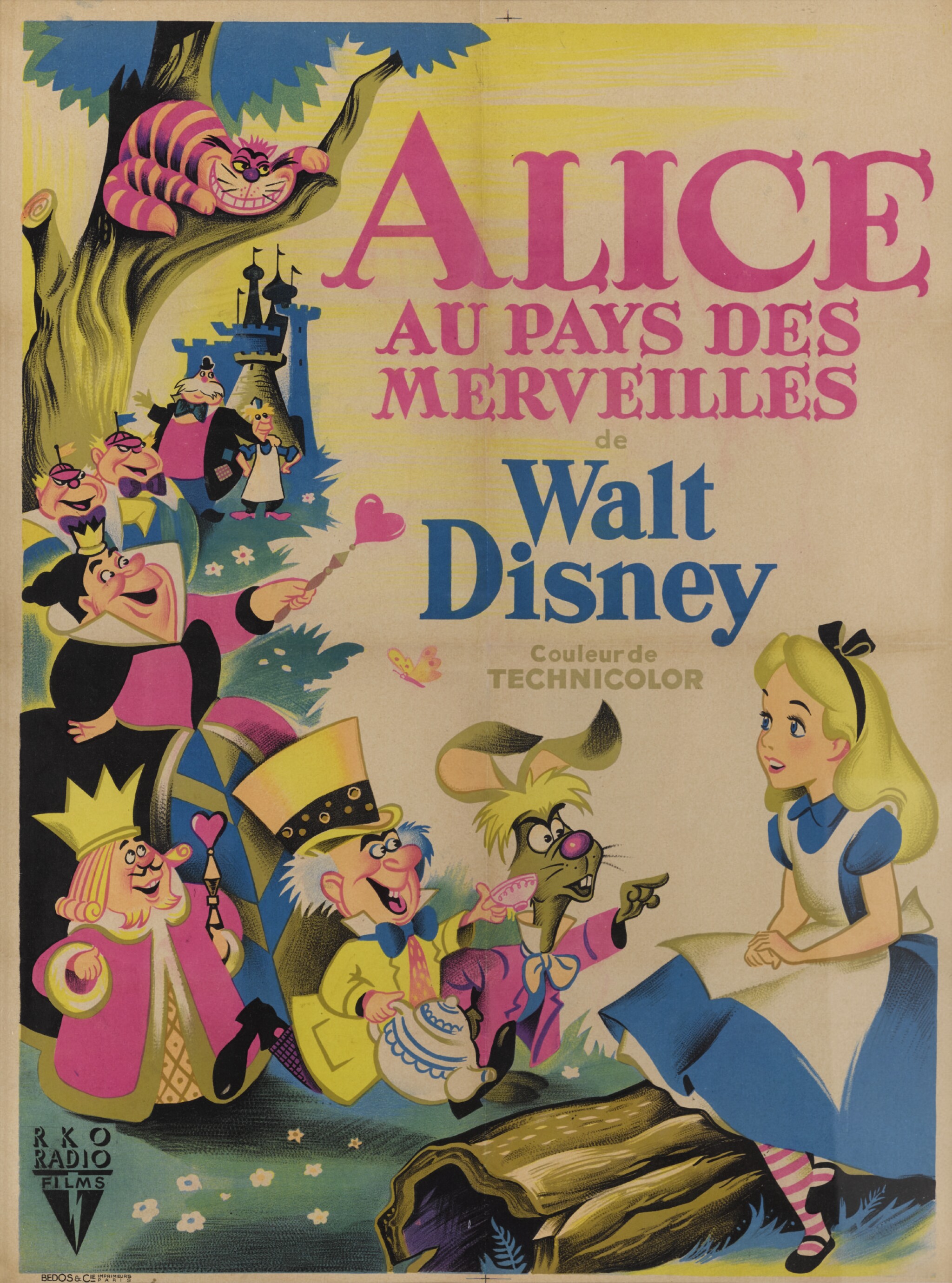 Alice in Wonderland was released in 1951 by Walt Disney, and is based on the Alice books by Lewis Carroll. It was the thirteenth animated film that Disney made. Walt Disney had attempted to make the film during the 1930s, and then revived his idea ten years later. The film was originally intended to be a mix between live-action and animation, but in 1946 Disney decided to make it completely animated. The film was not popular when released, and this lead Disney to televise it on the inaugural episode of his series Disneyland. Owing to its huge popularity on television, it was re-released in cinemas around the world in the 70s, and became a colossal success. Boris Grinsson created this, one of the most beautiful posters for this Disney classic and one of the rarest posters on this title, having only surfaced a few times in the last twenty-five years.