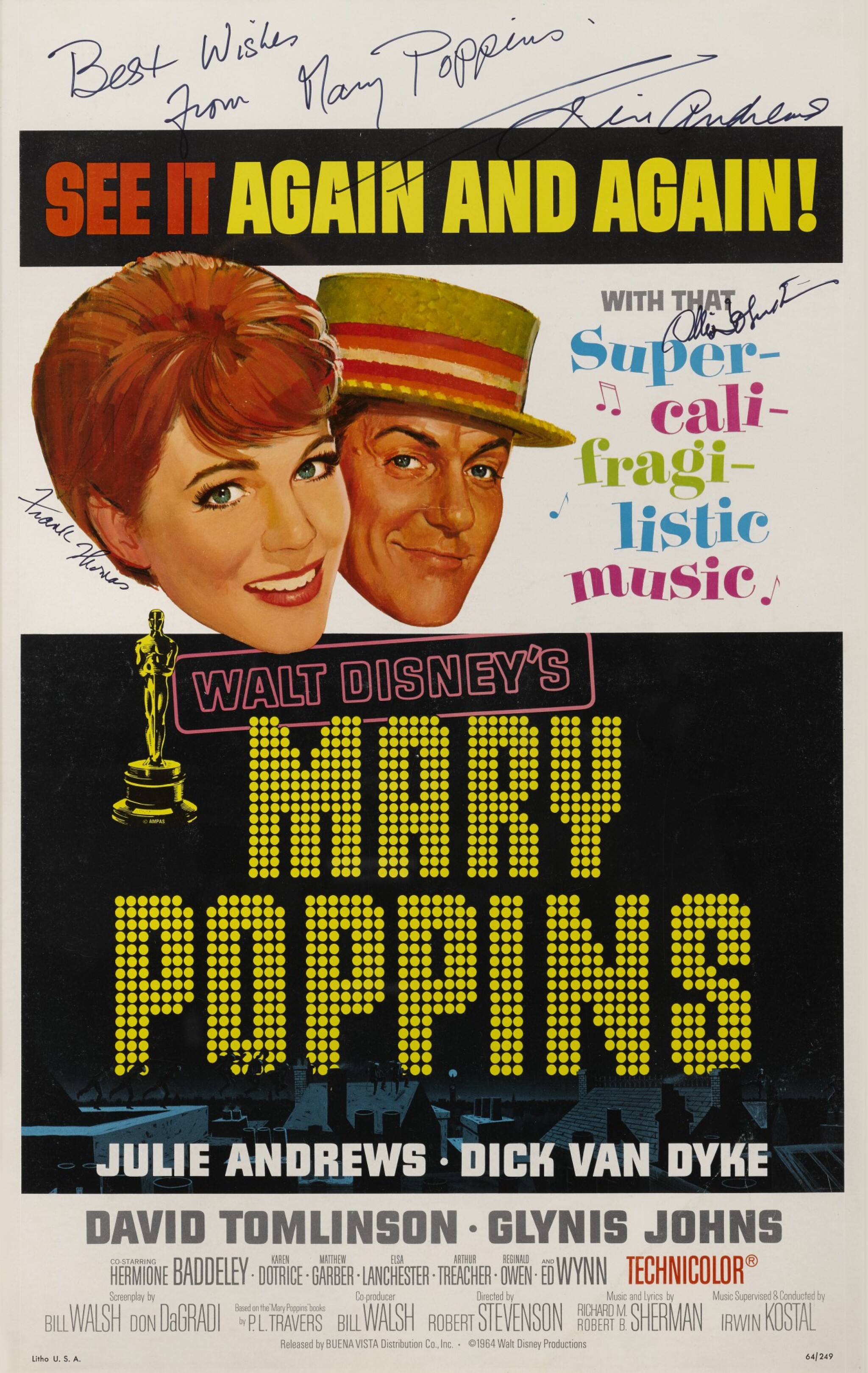 From the Jon Robert Shaps Collection.

In 1964 Mary Poppins first appeared on the silver screen, and was an instant hit with the public and critics, in spite of Dick Van Dyke's dreadful English accent! The film was directed by Robert Stevenson and produced by Walt Disney. The memorable songs were written and composed by the Sherman Brothers. It was Julie Andrew's feature film acting debut. The film received a total of thirteen Academy Award nominations, and won five. It is rare to find a signed poster on this title. As well as being signed by Julie Andrews this piece is also signed by two of the film's animators.

Jon Robert Shaps was a celebrity photographer in the 1970s and 1980s.

Unfolded and conservation framed with UV plexiglass. Very good condition with the colours remaining very bright. There are a couple of surface marks in the black background, which do not affect the main artwork.