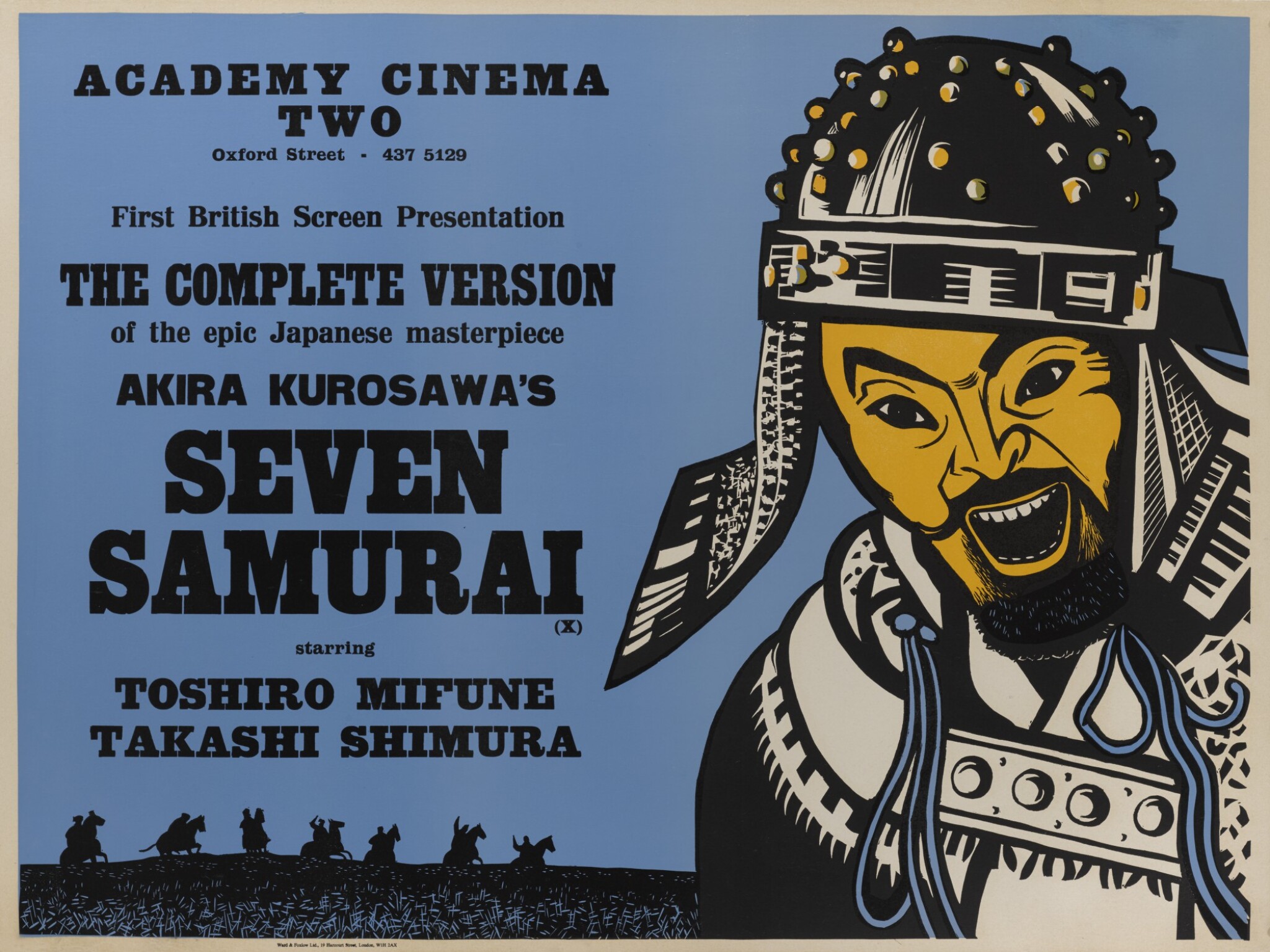 Akira Kurosawa was one of the most celebrated and influential film directors of the 20th century. He is probably best known for invigorating the Japanese tradition of chambara (sword fight) films: highly energetic samurai films structured around sprawling and intensely violent battles. The Seven Samurai is Kurosawa's most famous film, and has inspired western filmmakers for generations.

Peter Strausfeld was born in Germany and came to Britain in 1938. During the war he developed a close friendship with George Hoellering, the director of the Academy Cinema in Oxford Street, London. Hoellering did not like the studio issued film posters, and commissioned Strausfeld to create a series of posters to be pasted up across the London underground network. Strausfeld designed over 300 images over a thirty year period, all of which were printed by hand using his trademark lino-cut technique. Only 200 of each design were ever printed, thereby making them extremely scarce.