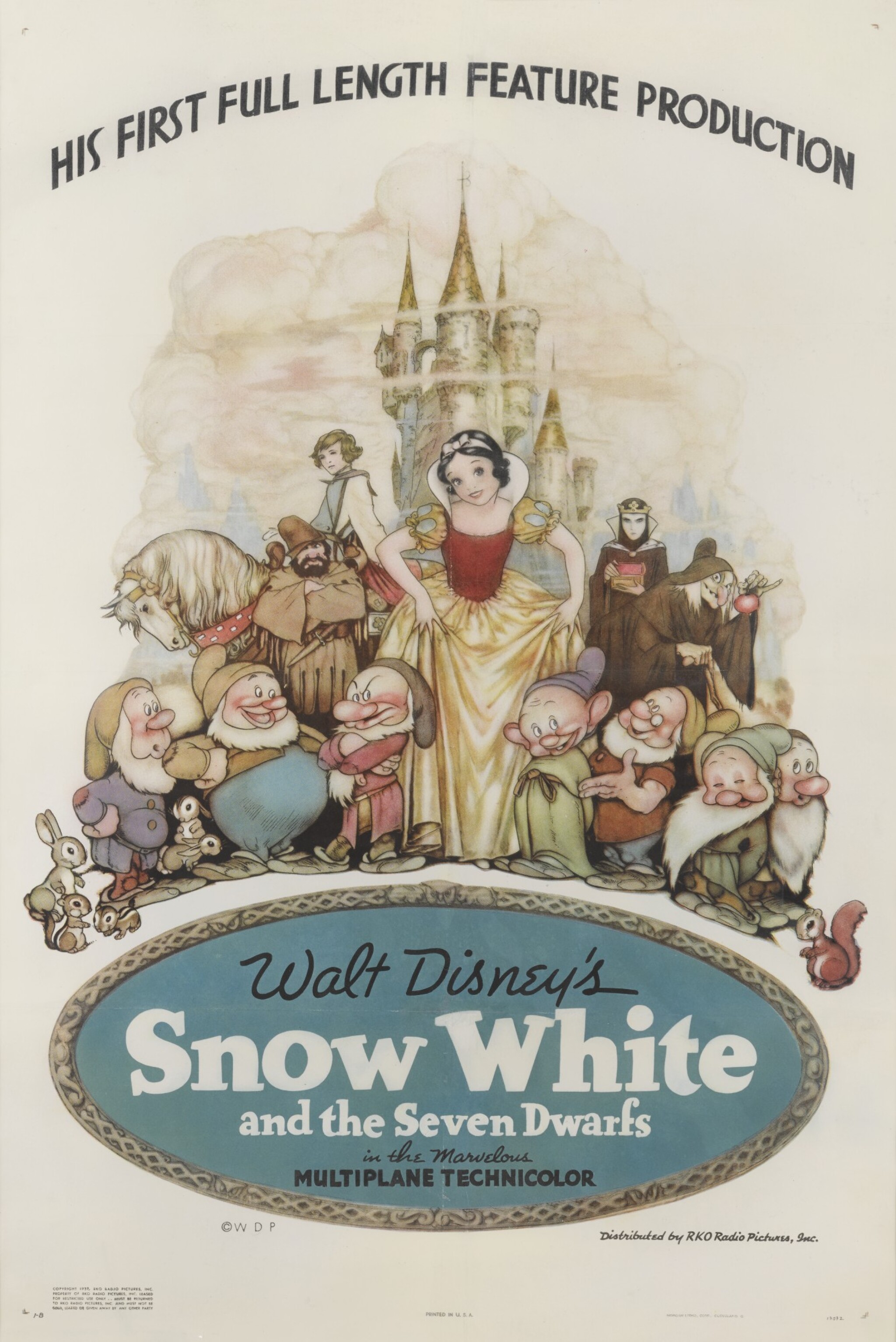 This is Walt Disney's first feature animation and when it was released in 1937 was welcomed as a magical marvel. Disney estimated the cost of making this animation at $250,000, which was already ten times as much as making one of his short animations. However, it ended up costing a staggering 1.5 million dollars, with Disney having to mortgage his home to help finance the film. Luckily it ended up being a gamble worth taking, as the film grossed over 8 million dollars in its international first release, and was one of the most successful films of the decade. This magical poster features the full cast with the dreamy castle in the background. As this was Walt Disney's first feature film, this is a prized piece for any collector.