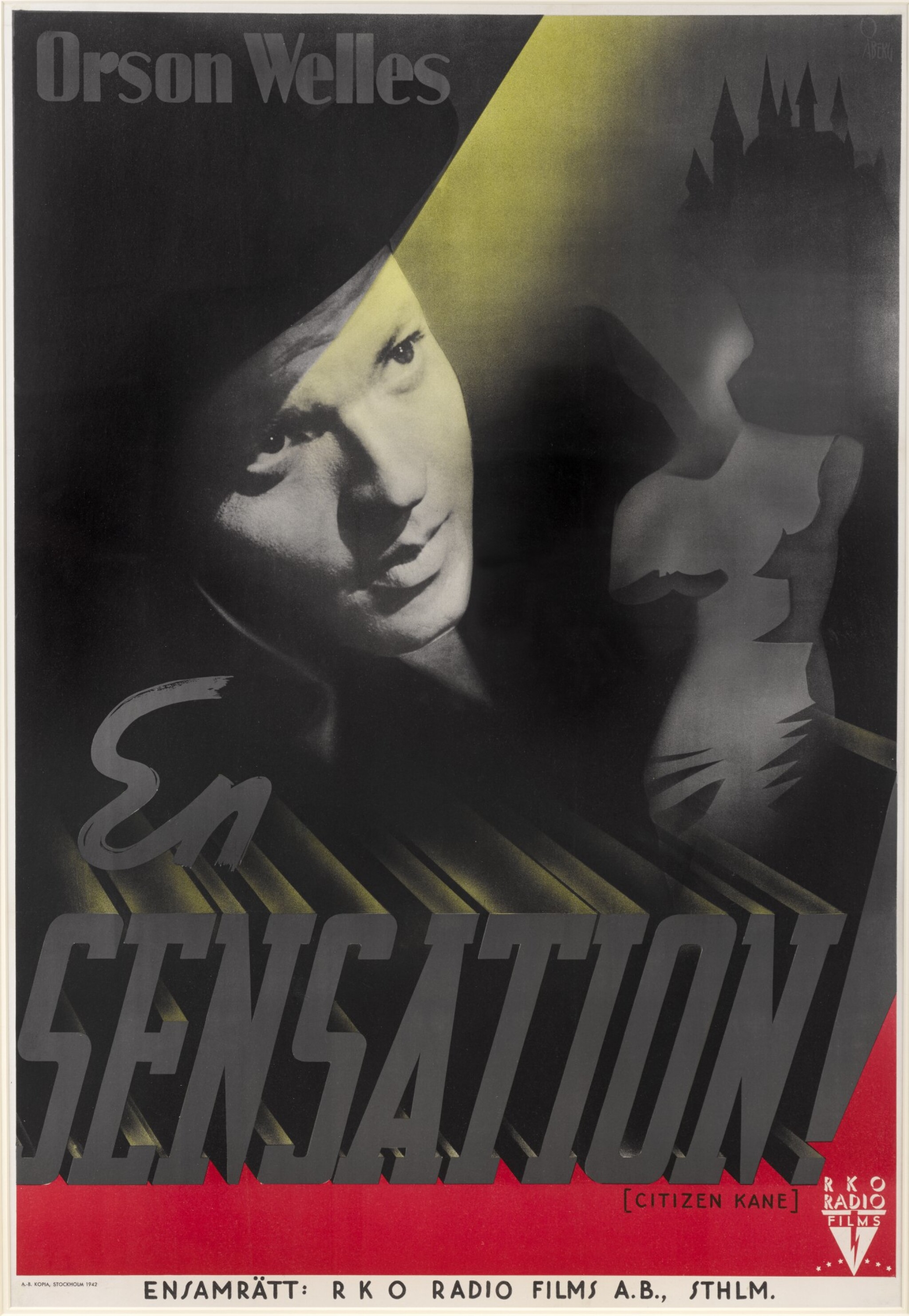 Orson Welles at the age of only twenty-five directed, produced, co-wrote and starred in this remarkable film. This film has consistently been number one on the American Film Institute's top 100 American films. The American posters for this landmark film are not the best artistically, as opposed to this atmospheric Swedish poster, which brilliantly captures Orson Welles in the title role as Citizen Kane. Exceptionally rare. To-date no other example of this poster has surfaced.

Linen-backed and conservation framed with UV plexiglass. Excellent condition with the colours remaining very strong. Minor restoration to folds and a couple of small areas around the right-hand cross-fold. There are some minor surface marks.