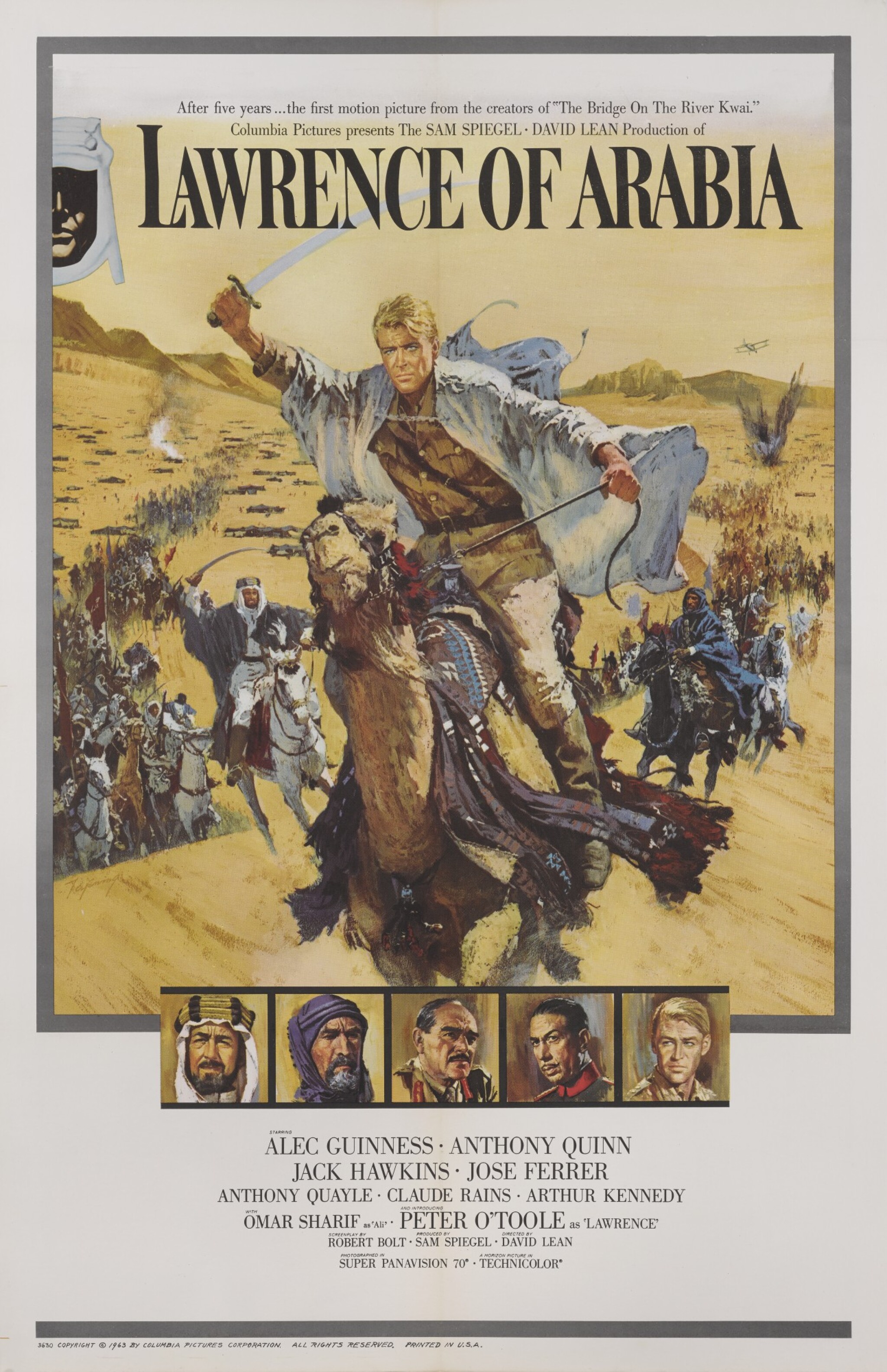 This epic British film is based on the life of T. E. Lawrence. It was directed by David Lean and produced by Sam Spiegel. The film stars Peter O'Toole in the title role, together with Alec Guinness, Anthony Quinn and Omar Sharif. It is widely considered one of the greatest and most influential films in the history of cinema. The dramatic score by Maurice Jarre and the Super Panavision 70 cinematography by Freddie Young are also highly acclaimed. It was nominated for ten Academy Awards and won seven. It won four BAFTA awards and five Golden Globes. In 1990, the year before David Lean died, Lean was awarded the American Film Institute Life Achievement Award.

Howard Terpning is recognised as one of the greatest living artists of Native American history. His meticulous attention to the plains Indian and culture in his evocative paintings has earned him the respect of the Native American people, and has also earned him several various awards world-wide. This poster showcases his talent for depicting people, action scenes and animals.