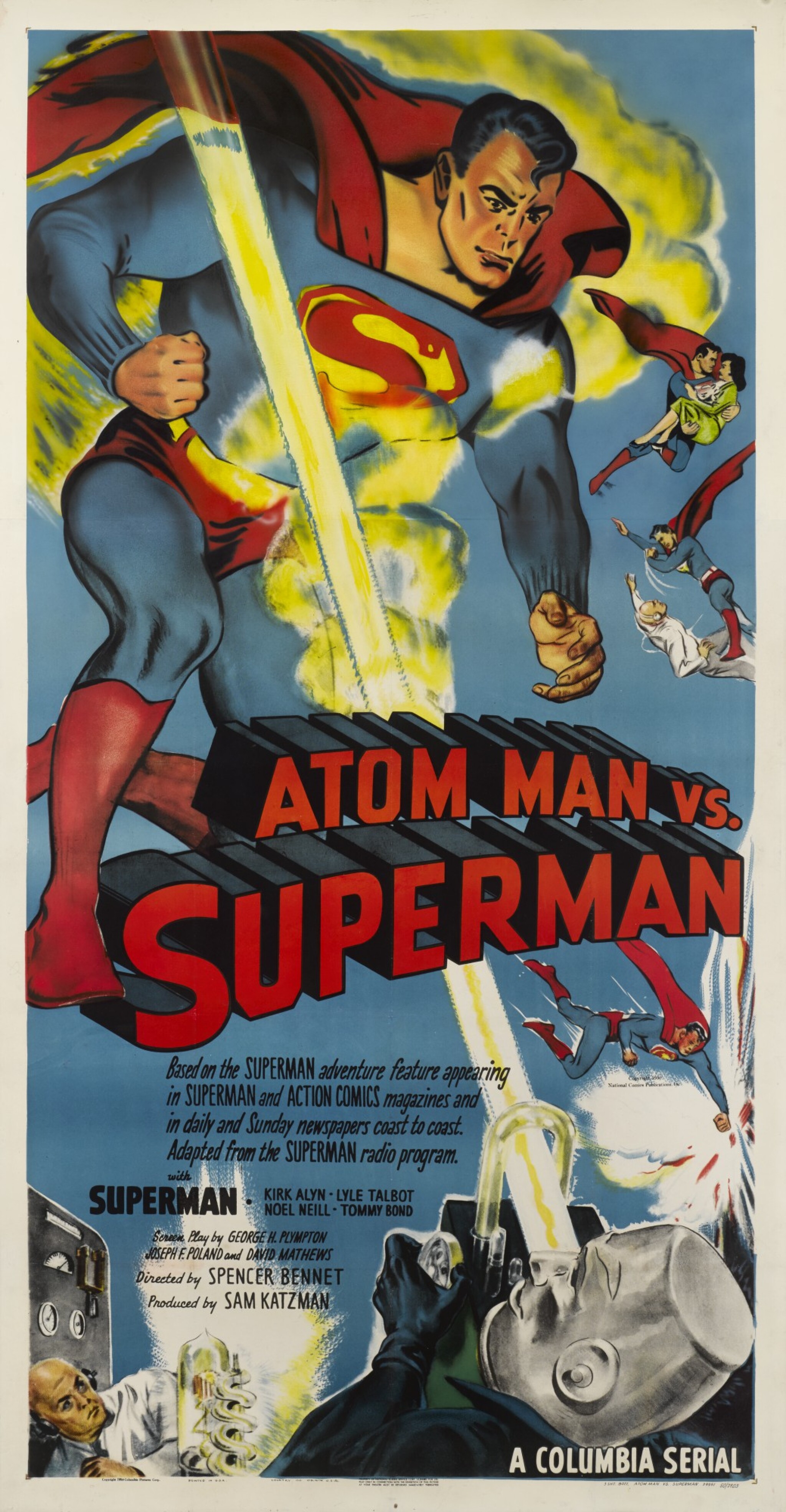 This was the second Superman film to be directed by Spencer Bennet. As with the first Superman film in 1948, Kirk Alyn again played the cultural icon Superman, who saves the entire city of Metropolis from being destroyed by Lex Luthor, in his new identity as Atom Man. This is one of the best science fiction posters of the 50s. Its striking artwork truly captures the superhero Superman hard at work. It was printed in two sheets, and designed to be pasted onto billboards, which at the time would have been a very powerful image to lure people to the cinema. One of the rarest science fiction posters of the decade, it has only surfaced a few times over the past twenty-five years.

Linen-backed. Excellent condition with the colours remaining very bright. Minor restoration to folds. There is one 3mm circular hole in the bottom border of the poster.