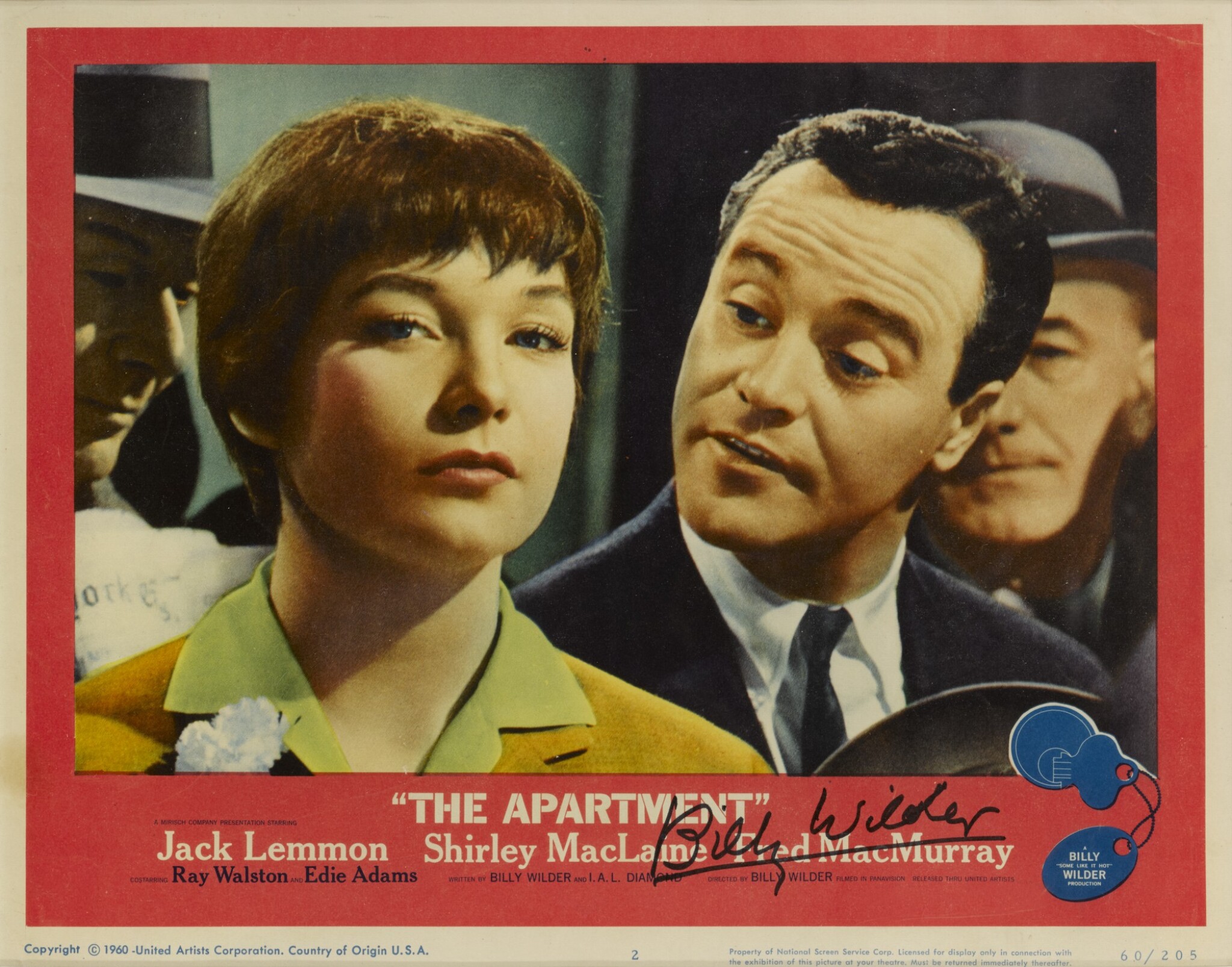 This 1960 romantic comedy was produced and directed by Billy Wilder. It stars Jack Lemmon, Shirley MacLaine and Fred MacMurray. This film was nominated for ten Academy Award awards and won five, including Best Picture, Best Director, and Best Screenplay. This lobby card once belonged to a gentleman who frequently travelled to Los Angeles, and had appointments in the same office block where Billy Wilder worked. He would visit Mr. Wilder when he could and have pieces from his collection signed. It is very rare to find signed lobby cards.

Conservation framed with UV plexiglass. Excellent condition with the colours remaining very bright. Very minor creasing to three of the corners and a small pale stain on the bottom left-hand border going slightly into the red border, which does not affect the main artwork.