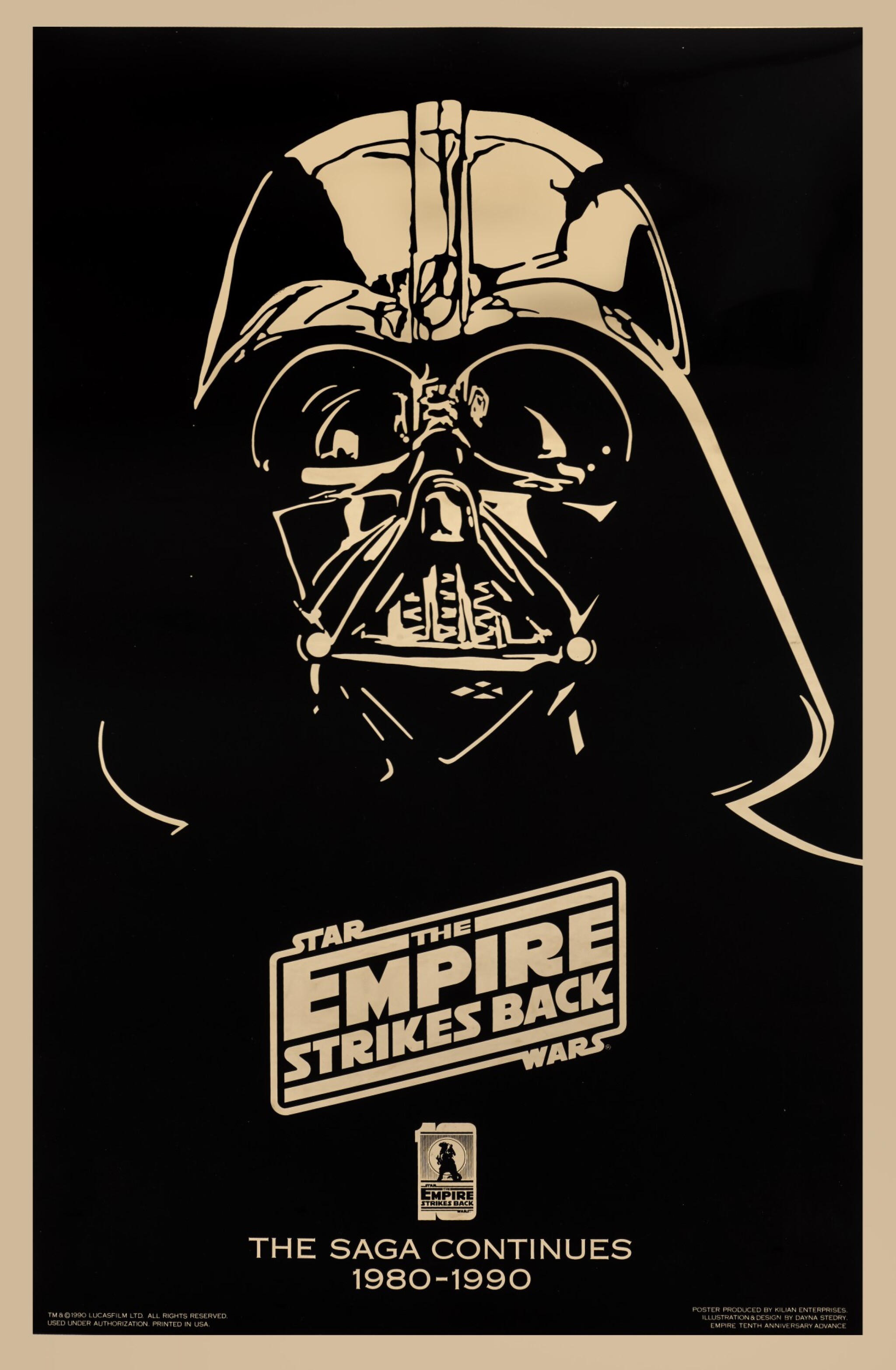 This is the second film in the original Star Wars trilogy, which is now also known as Star Wars: Episode V – The Empire Strikes Back. Although George Lucas did not direct this film, he wrote the story and served as executive producer. This special foil poster, known as Mylar, was produced by Kilian Enterprise to celebrate the 10th anniversary re-release of the film. It was not used in cinemas and was sold directly to fans.

Unfolded. Near mint condition with the colours remaining very strong.