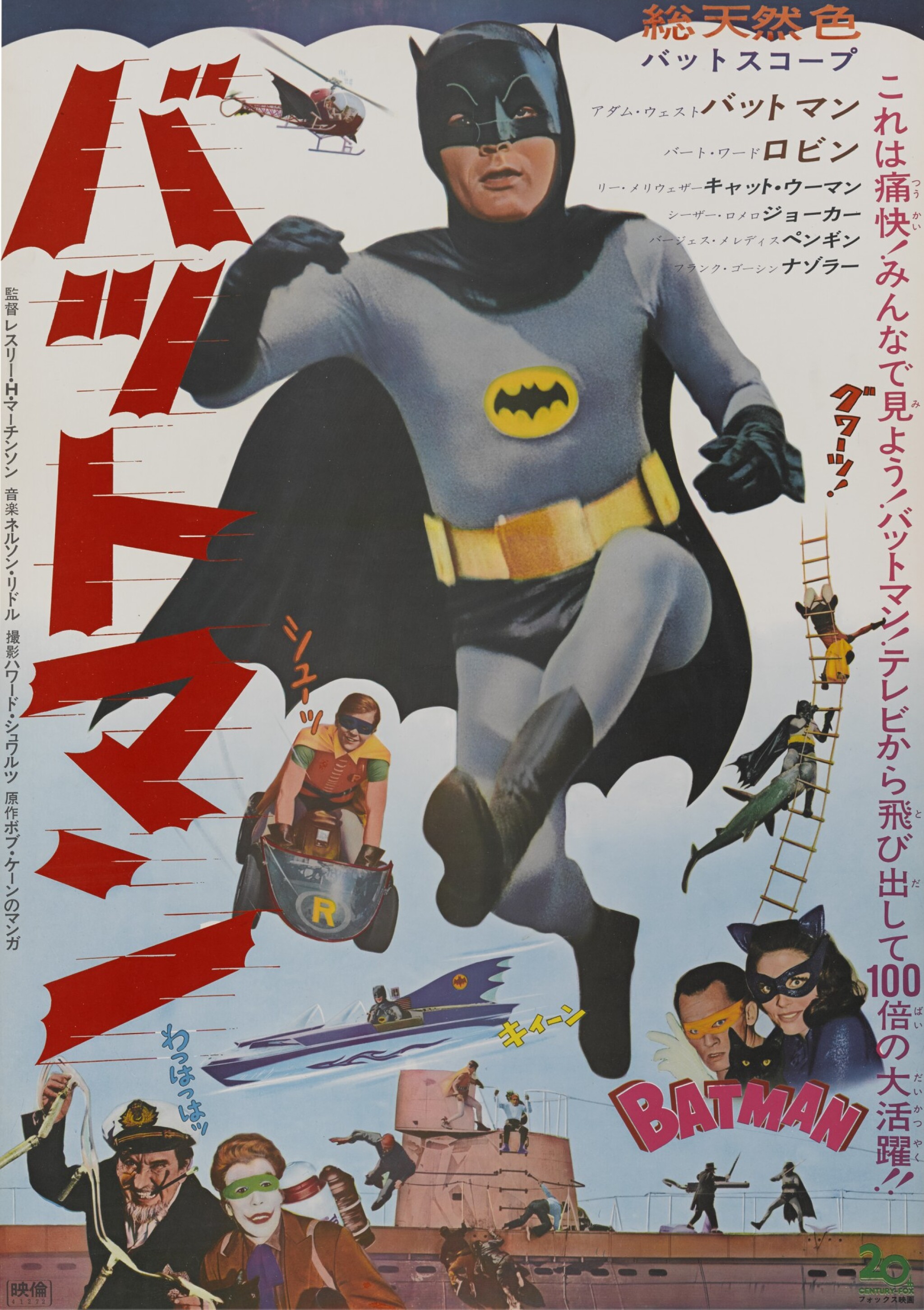 This film was based on the popular Batman television series, and was the first full-length feature film of the DC Comics character Batman. Batman was played by Adam West, and Burt Ward played Robin. This is one of the coolest posters on this 1966 Batman film.