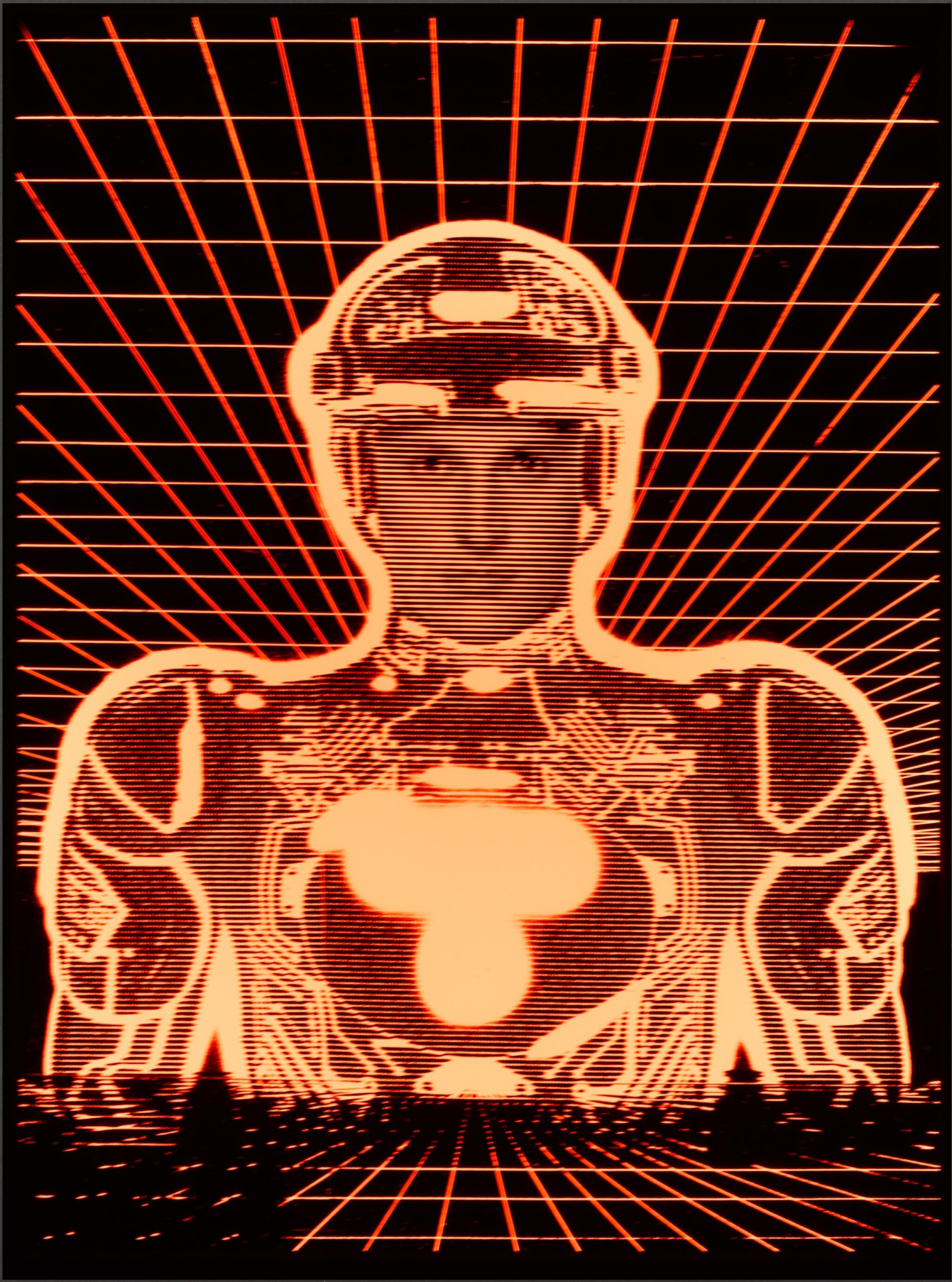 This American science fiction film was written and directed by Steven Lisberger from a story by Lisberger and Bonnie MacBird, and stars Jeff Bridges. The techniques used in making the film were considered ground-breaking, and have inspired other filmmakers. It was also re-made in 2010.

Provenance: John Grundy, former Managing Director of Downton’s Advertising. Eric Pulford, a known illustrator, was encouraged by Rank Organisation, who owned more than five hundred cinemas, to set up his own design studio, which became Downton's. Eric Pulford hired a number of talented young college leavers, including Bryan Bysouth and Vic Fair. Pulford also persuaded a number of established Italian artists from Studio Favalli in Rome to come to London to join his team, which included Renato Fratini and Arnaldo Putzu. The process of designing a British poster would often start from the film script or rough cut of the film. A team of visualizers and copywriters produced a range of ideas which Pulford would review before presenting to his clients. When the rough design was approved by the clients, the artwork would need to be finalised. At the time no one anticipated that there would be an interest in the artworks and they were discarded.  A number of artworks were saved by John Grundy from being thrown on a skip, and had remained at his home until recently. A remote control is included to control the lights.