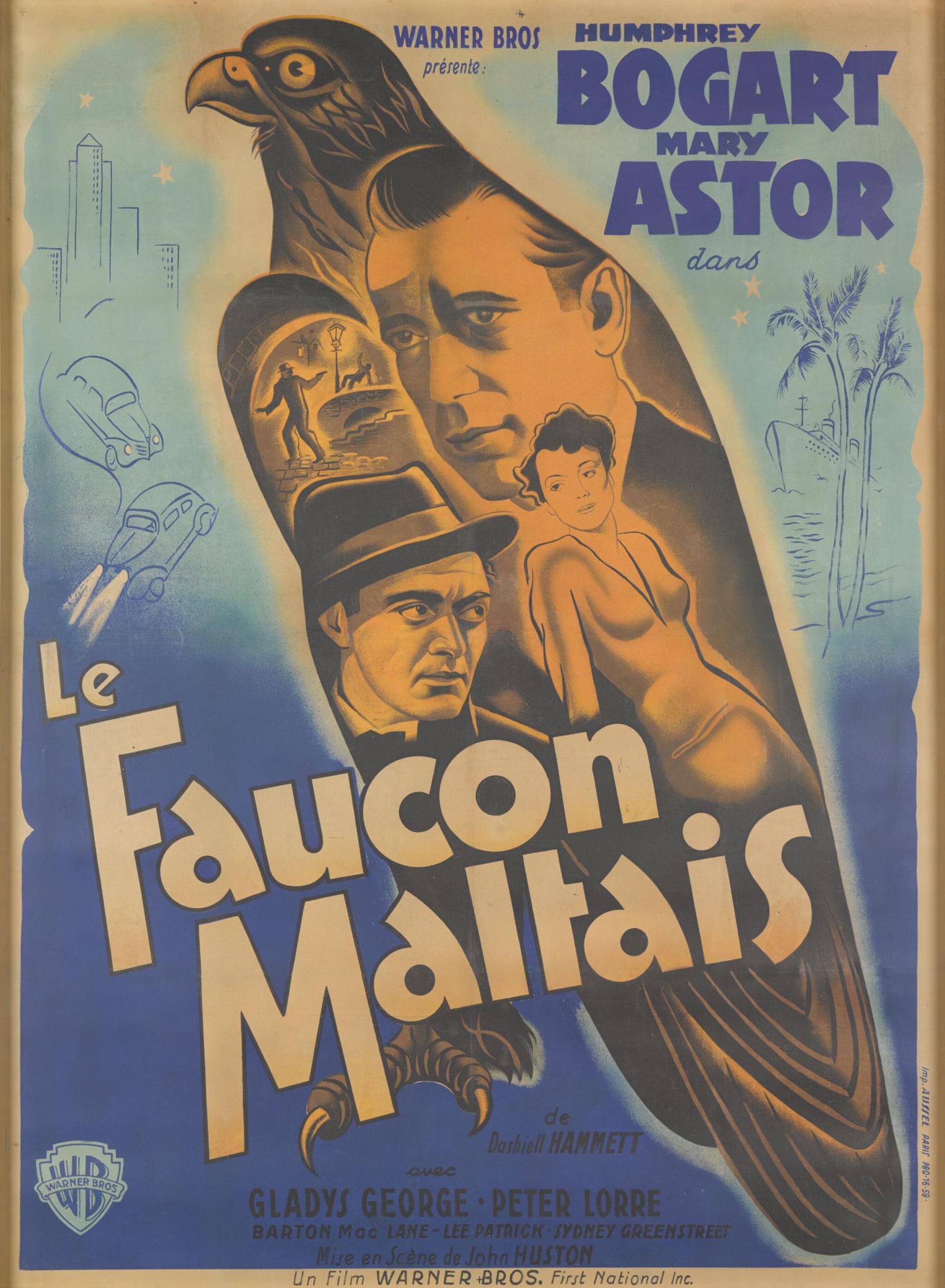 Linen-backed and conservation framed with UV plexiglass. Excellent condition, with the colours remaining very bright. Restoration to folds and to very small areas either side of the folds.

This landmark film noir was written and directed by John Huston and was his directorial debut. The film is based on Dashiell Hammett's novel of the same name, and stars Humphrey Bogart as private investigator Sam Spade, Mary Astor as his femme fatale client, Peter Lorre, and Sydney Greenstreet. This was Greenstreet's film debut at the age of sixty-two. He had previously worked as a theatre actor. His portrayal of Kasper Gutman is captivating, and gave him the memorable line 'I couldn't be fonder of you if you were my own son. But, well, if you lose a son, it's possible to get another. There's only one Maltese Falcon'.

Warner Bros. released the film in American in 1941. Although Humphrey Bogart had already been in a number of films, he was not yet a massive star. For the main American one sheet poster the studio used an image used from a previous Bogart film High Sierra, showing Bogart carrying two guns. This had nothing to do with Maltese Falcon. The film was not released in France until 1947 after World War II. The French designer Jacques Bonneaud produced the quintessential poster on the title, placing leading cast members inside the illusive falcon.