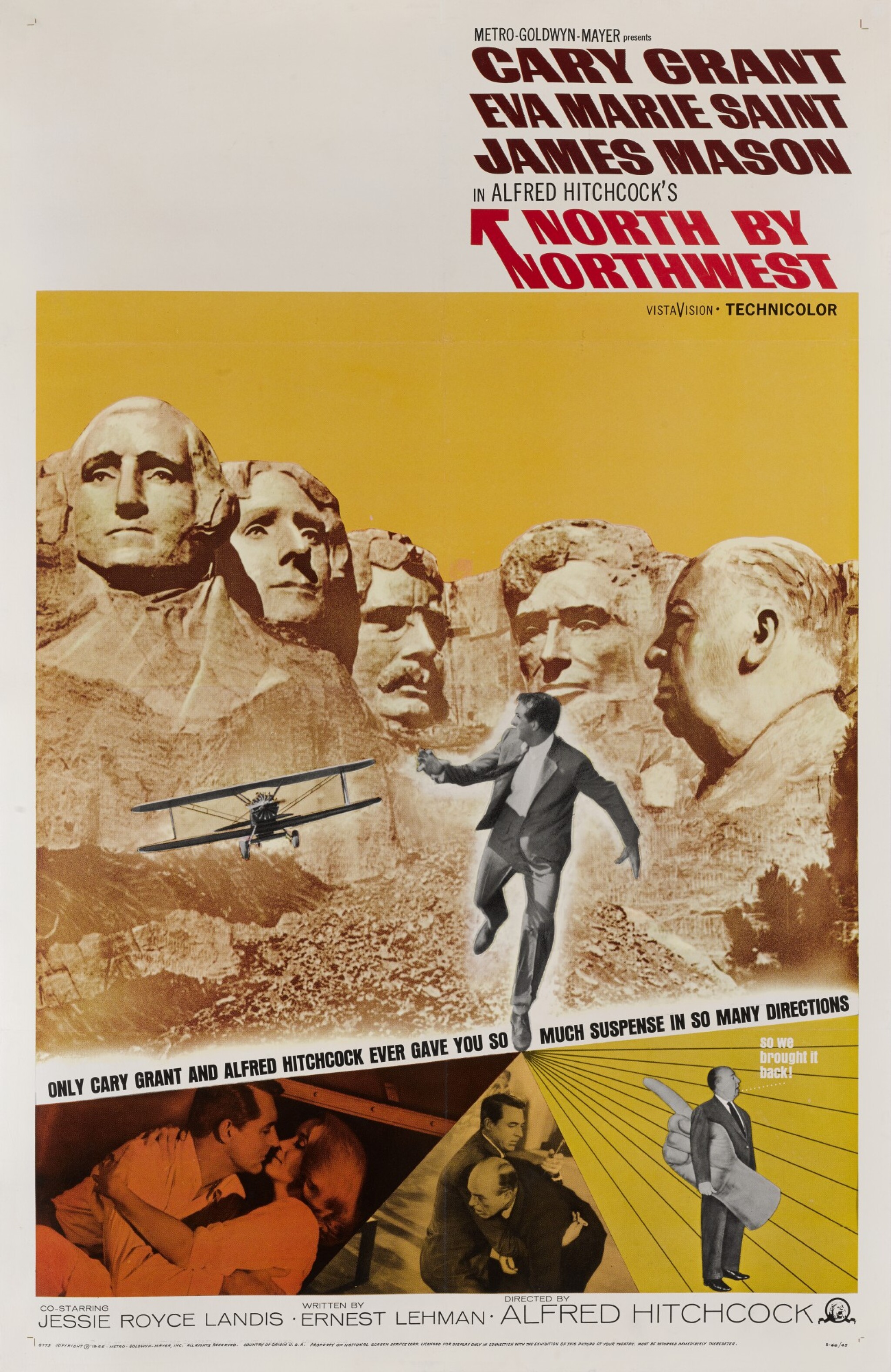 Very good condition, with the colours remaining very strong. Restoration to folds. There are some red vertical lines on the bottom left half of the poster, which are in the printing.

This wonderful thriller was directed by Alfred Hitchcock, and stars Cary Grant, Eva Marie Saint and James Mason. The score for this film was by Bernard Herrmann, who also collaborated with Hitchcock on Psycho, The Man Who Knew Too Much and Vertigo. The film's opening title sequence was created by the legendary graphic designer Saul Bass.

The film was re-released seven years after its initial release. By then it was already very well known, and this re-release poster was created using classic scenes from the film, together with Hitchcock's side profile included on Mount Rushmore National Memorial. The re-release only had a limited showing, and therefore these posters are very sought after.