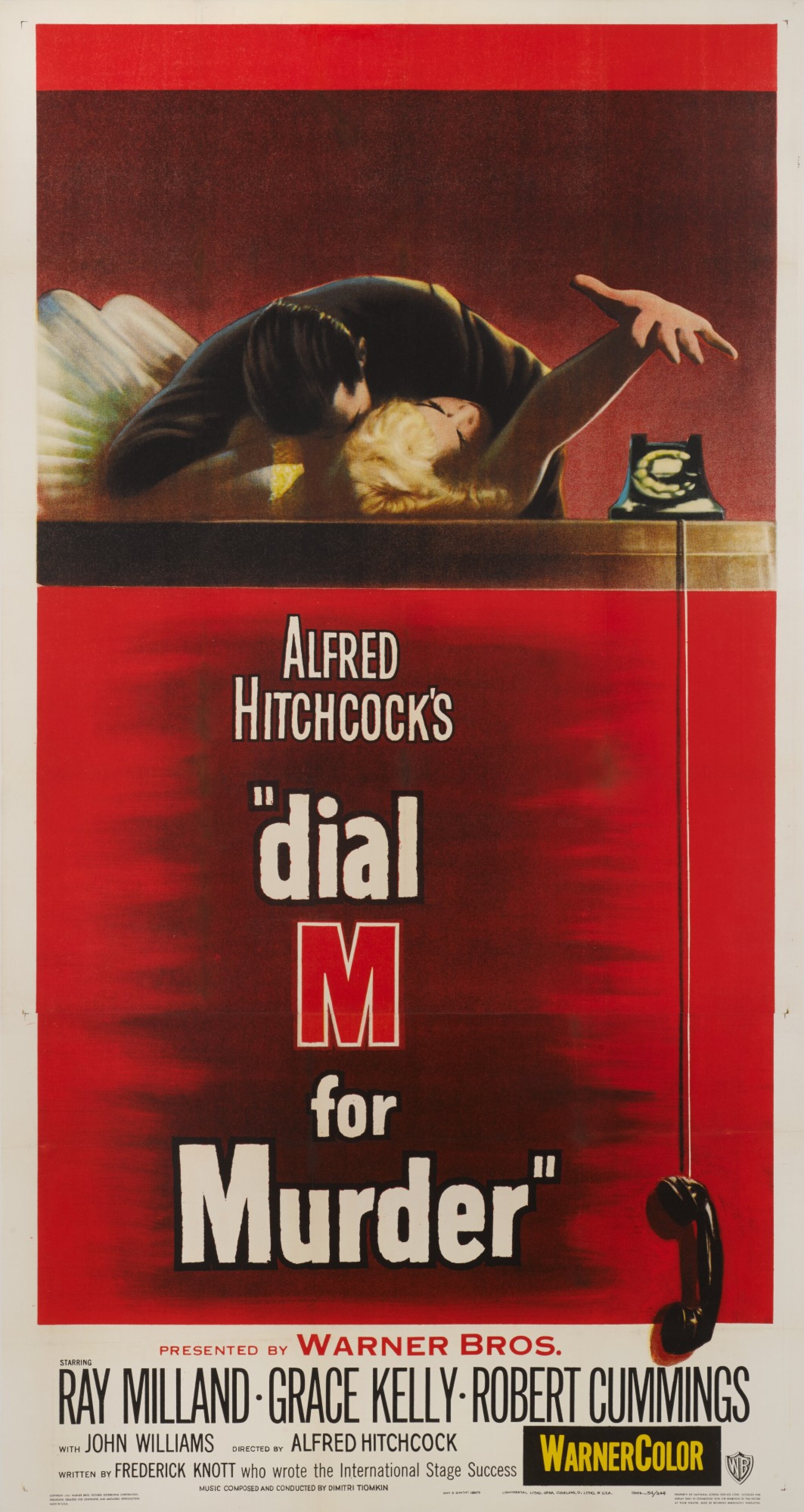 This American crime mystery was directed by Alfred Hitchcock, and stars Ray Milland, Grace Kelly, Robert Cummings and John Williams. It was written by Frederick Knott, who also wrote the play, which premiered on the BBC in 1952, before being performed on stage in London and New York. Hitchcock originally wanted the film to be shown in dual-strip polarized 3-D. However, the film was shown in most cinemas in regular 2-D, owing to the lack of interest in the 3-D process, which was problematic to project.

It is rare to find these large billboard posters, as they were not only printed in two sheets but also in smaller quantities. They were displayed by pasting them onto billboards, and therefore only unused posters survived.