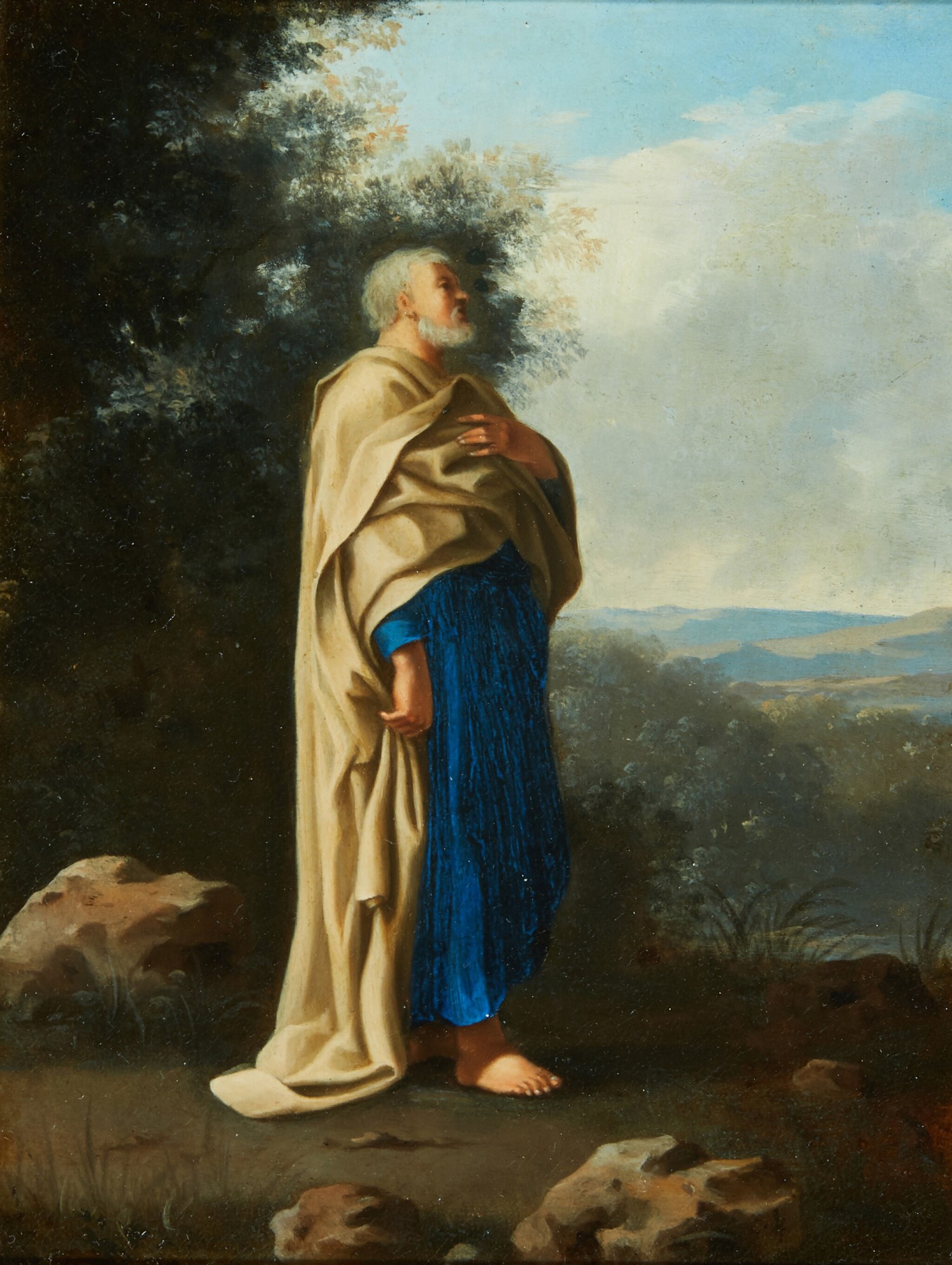 The copper plate is flat and stable, and painted on both sides.

Recto: Inspection under ultraviolet light reveals a handful of small spot retouchings scattered around the margins, and in a more concentrated area in the lower left corner. There are some older pin-prick retouchings in the sky, and to a larger area in the cloud upper right, measuring 1 x 1 cm. In overall good condition.

Verso: The thinly painted surface has been retouched fairly extensively around all four margins extending at least an inch into the composition. There are also retouchings in the sky and in parts of the upper area of the cave. In overall moderate condition.

Cornelis van Poelenburch was one of the first Dutch artists to travel to Rome in the early 17th century and to incorporate the influence of Italian painting into his work. Indeed, he was one of the founder members of the Bentveughels - the society of Dutch and Flemish artists working in the city.

While in Rome, Poelenburch was also greatly influenced by the work of Adam Elsheimer, a German artist residing there until his untimely death in 1610. This little double-sided painting on copper is particularly reminiscent of Elsheimer's series of saints, also on a small scale and painted on copper, now mostly at Petworth House, Sussex, which Poelenburch himself reproduced in copies, today in the Pitti Palace, Florence. This figure of Saint Peter resembles the figures of both Saint Peter and Paul in Elsheimer's series,1 although he looks to the right, and is set in a wider landscape. The work most certainly post-dates Elsheimer's series, and probably hails from Elsheimer's return to Holland in the mid-1620s.

The painting, executed with the refinement of a miniature, is also typical of Poelenburch's own conceptions of single religious figures, which he tended to depict in meditation or lamentation, rather than as part of a narrative. The landscape on the reverse of this painting is considered by Nicolette Sluijter-Seijffert, author of the most recent catalogue raisonné, to be most probably by Poelenburch himself (indeed it also bears his monogram), though its thinner execution prevents a more definitive attribution.