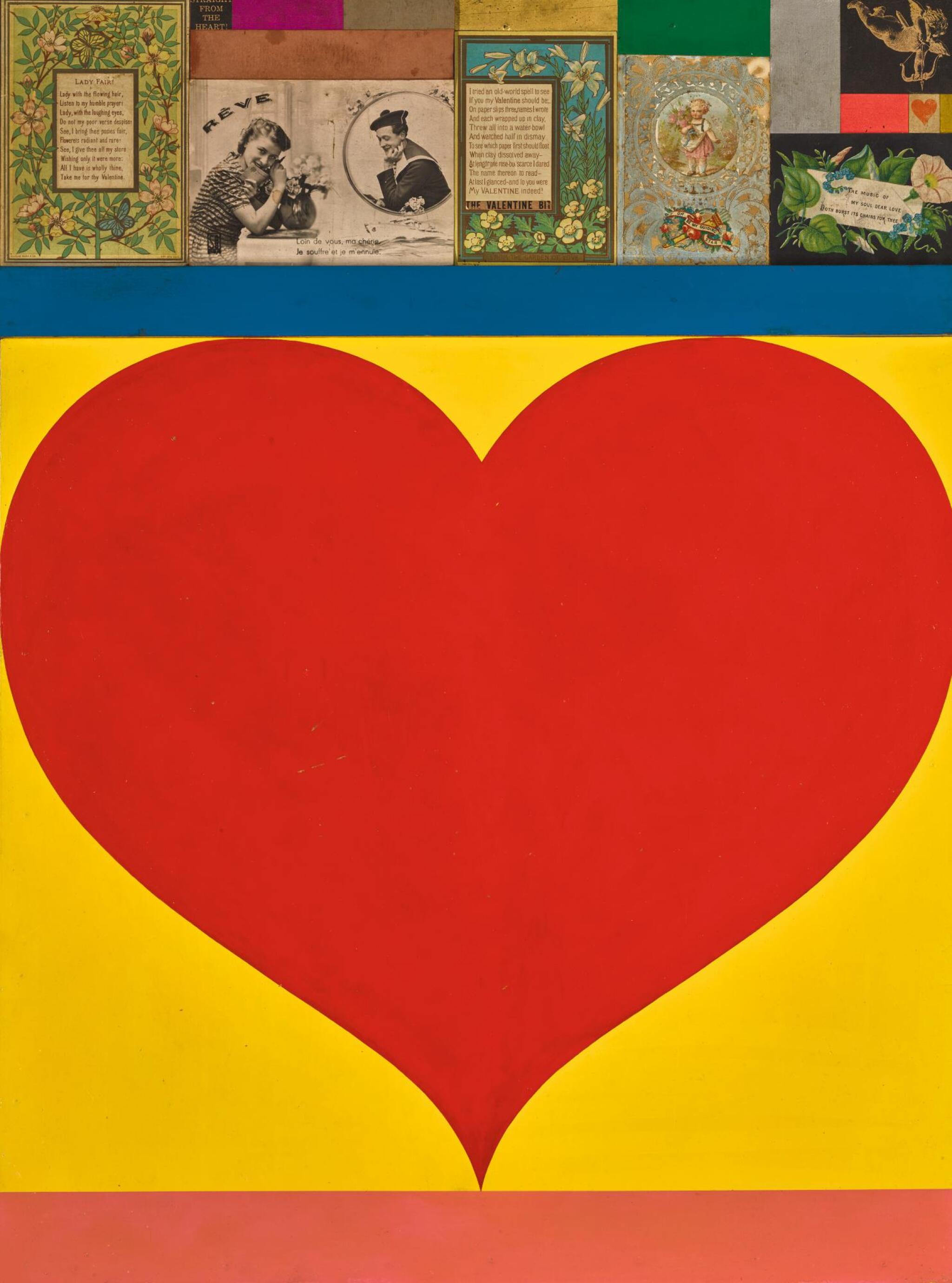 oil, paper collage and wooden relief on board

Waddington Galleries Ltd, London, where acquired by the late owner by the early 1980s

We are grateful to the Artist for his kind assistance with the cataloguing of the present work.

Art and music have always gone hand in hand within British culture, and nowhere was this more so than in the swinging sixties with the advent of British Pop. Musicians and singers populated the work of artists such as Richard Hamilton, whilst producers and music publishers collected the work of those they met at parties and openings. Bryan Morrison was one such figure – the man behind musicians and groups such as Pink Floyd, The Pretty Things, T. Rex, and later Wham and George Michael. Together with his wife Greta they collected and commissioned paintings by some of Britain’s biggest names, many of which are appearing here at auction for the very first time. Key to their collection was the work of Peter Blake – one of Britain’s most commercially successful artists of the period. Blake was a strong presence on the music scene, following his 1968 design with his then wife Jann Haworth for The Beatles’ Sgt. Pepper’s Lonely Hearts Club Band (sold in these rooms, 13th November 2012, lot 33) and remained close friends with Bryan and Greta Morrison.

The present work – Valentine – is a work rooted in the history of British Pop Art. Previously recorded as Valentine (for Pauline Boty) the painting was made for Blake’s fellow student at the Royal College of Art, Pauline Boty. At the RCA Blake and Boty formed part of the golden group of young artists that also included David Hockney, Joe Tilson, Peter Phillips and Derek Boshier. The pair became inseparable, exhibiting together at the A.I.A. Gallery in 1961, and alongside Boshier and Phillips becoming the subject of Ken Russell’s legendary documentary Pop Goes the Easel, aired in March 1962. In the film Blake and Boty wander together through crowded fairgrounds, rifle through records in Boty’s bedsit and dance with wild abandon to the blaring music of the day. Of particular importance was the manner in which both artists approached the medium of collage – a key practice in both of their work at the time. Yet despite the close link between the pair, Boty married literary agent Clive Goodwin (the original owner of the present work) in 1963. Just over three years later her life came to a tragic end following her diagnosis with cancer.

﻿Valentine stands as a tribute to Blake’s love and admiration for Boty and is clearly a work that held great personal significance for the artist. In his 1957-9 self portrait Boy With Paintings (Fig. 1, Private Collection) Blake presents himself (standing behind another version of himself) holding the present work. It becomes a painting within a painting - a testament to the power and ultimately great sorrow of unrequited love – and a glimmering insight into the lives of these young artists with the world at their feet.