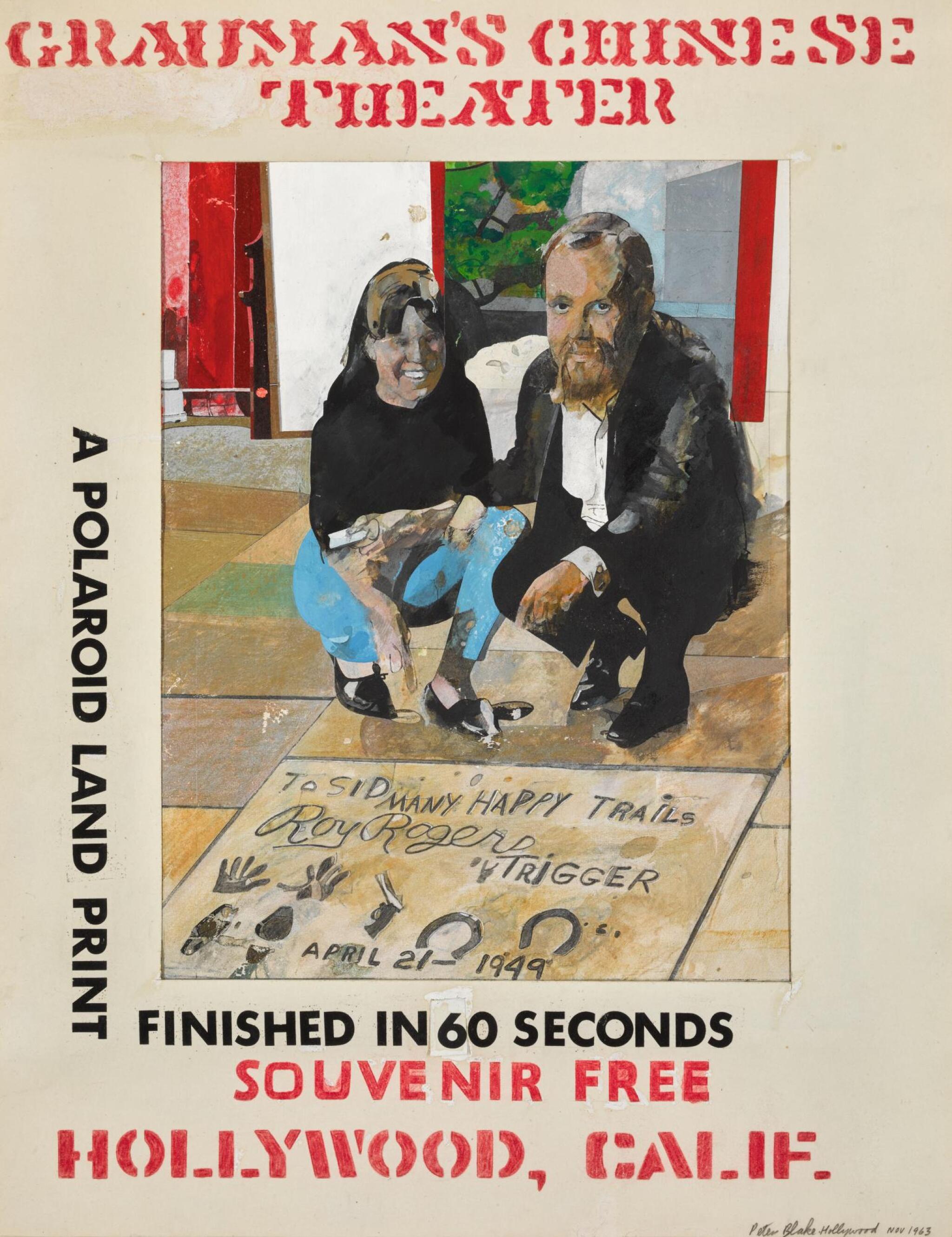 The sheet is attached to the mount with tabs of adhesive tape at the corners and at intervals to the extreme edges but is not laid down. The sheet undulates slightly in places, in keeping with the Artist's working methods and materials. There is creasing to the work in places. There is very slight lifting to the '60' collage element; otherwise, the collaged elements appear intact and secure. There are one or two tiny elements of lifting to the foliage in the background with possible tiny flecks of loss. There are some speckles of minor and historic loss at and around the female figure's shoes with possible more minor instances elsewhere including to the ground and the red pigment in the upper left. There are one or two instances of light rubbing to the surface, including to the male figure's knees. There is a faint scuff to the centre of the lower edge with an associated very minor tear. There are a few small instances of staining and a small number of flecks of foxing in places. There is light surface dirt and faint handling marks towards the edges. This excepting, the work appears in very good overall condition.

The work is floated and held behind glass in a stained wooden frame.

Waddington Galleries, London, where acquired by the late owner by the early 1980s

We are grateful to the Artist for his kind assistance with the cataloguing of the present work.