PROPERTY FROM A PRIVATE ENGLISH COLLECTION 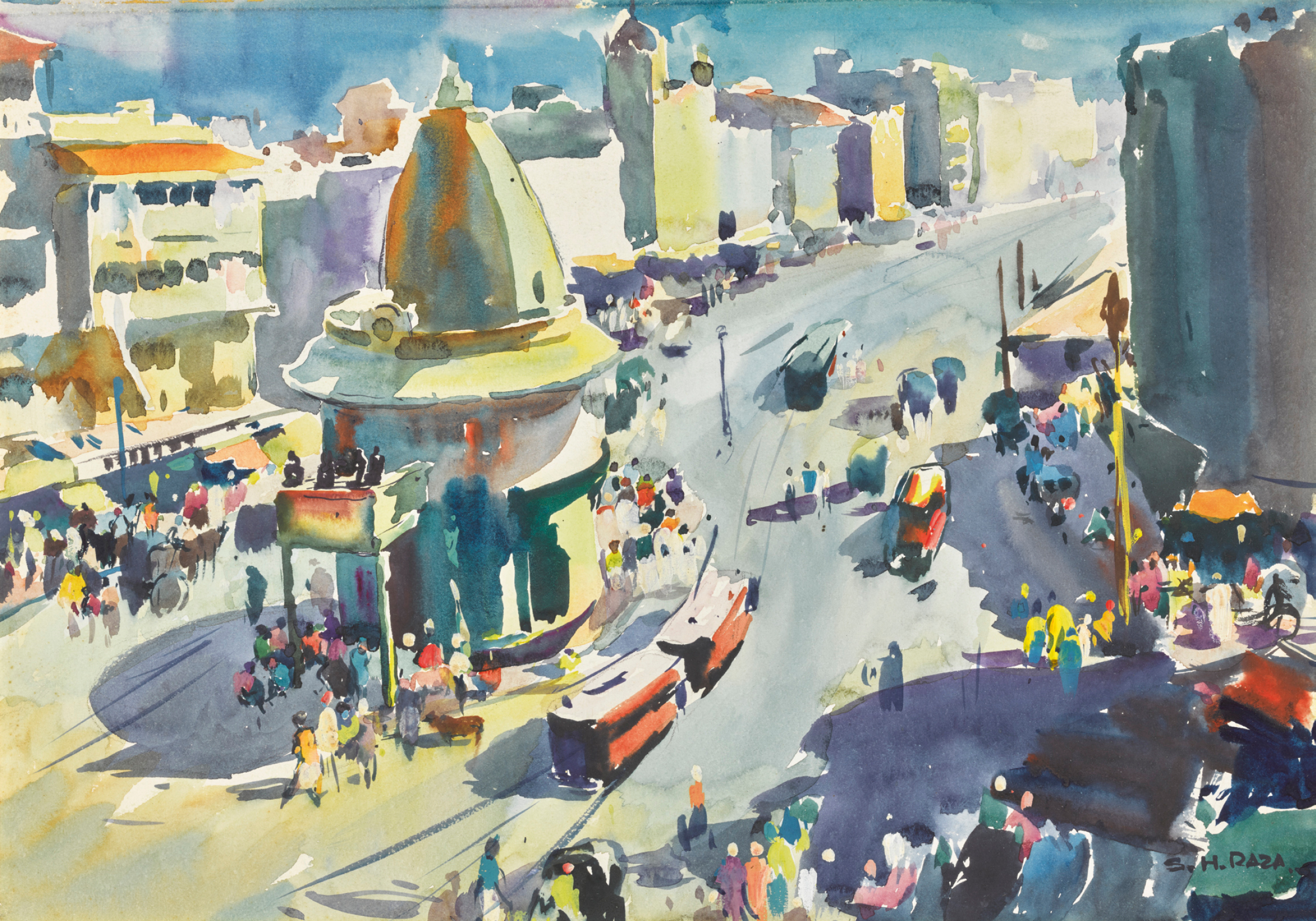 PROPERTY FROM A PRIVATE ENGLISH COLLECTION

Watercolour on paper laid on card

Acquired from an English estate circa 2014. The painting had been with the previous owner for over 35 years.

Lot 128 shows a view of Bombay’s Gol Deval temple in bright sunlight, whilst the watery reflections on the street in Lot 129 appear to depict the city after a rain shower. The watercolours are beautiful examples of Raza's artistic view of Bombay. Rudolph von Leyden notes ‘The face of the city became an obsession with the young painter and he tried to recapture it in a hundred and more different moods; at twilight, in the blaze of an Indian summer sky, or in the flooding rains of the monsoon.’ (R. von Leyden quoted in G. Sen ed., Mindscapes: Early Works by S. H. Raza, 1945-50, Delhi Art Gallery, New Delhi, 2001, p. 22)