PROPERTY FROM A PRIVATE COLLECTION, UK 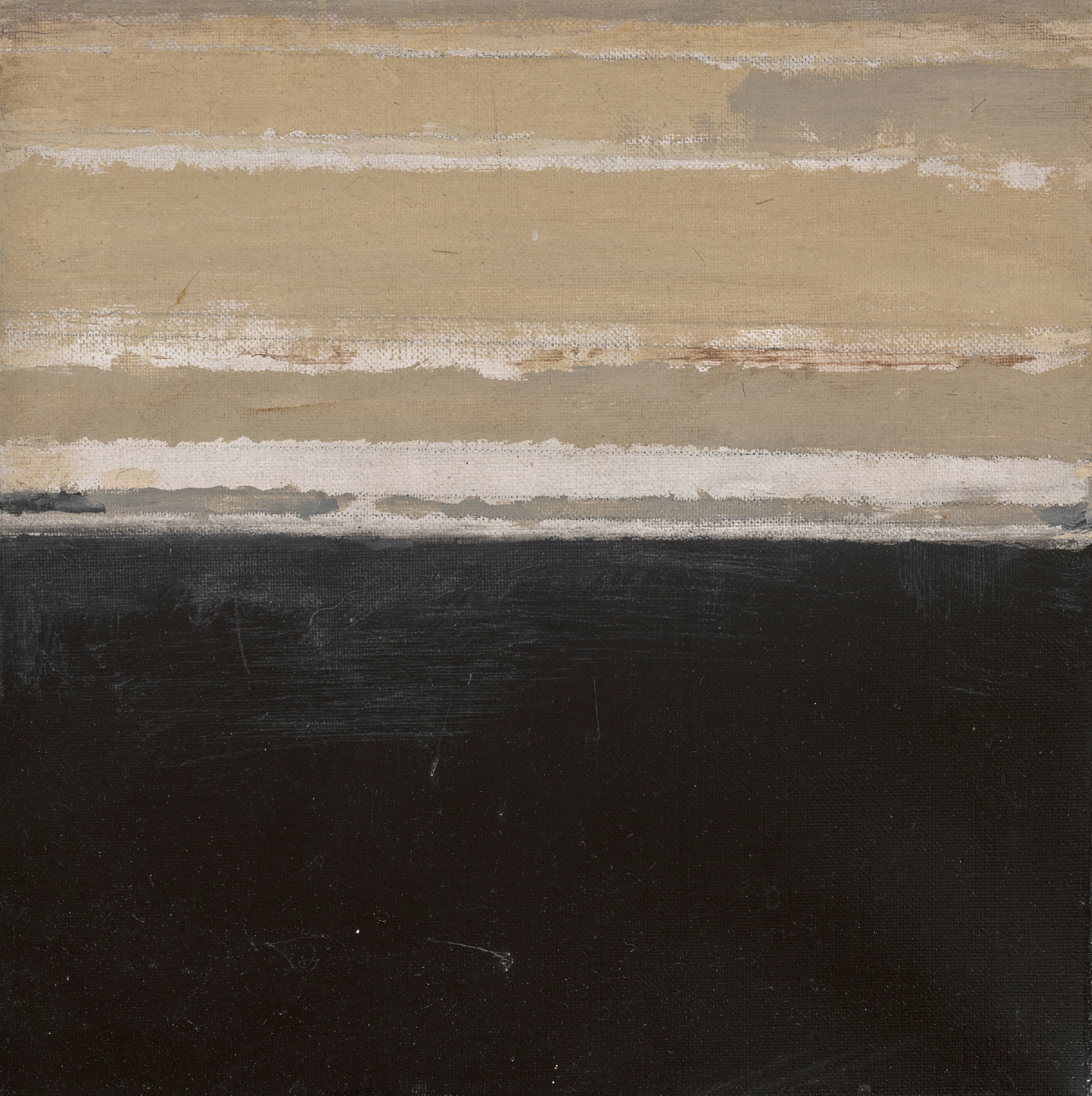 PROPERTY FROM A PRIVATE COLLECTION, UK

'[Indian modernism] exercised its own creativity in the period of transition to modernity, devising formal transfers, visual articulations and cultural hybrids that were eclectic and integral to its own civilisational genius and to its own historical needs.' (G. Kapur, 'Modern India: A Retrospective on the Practice of Art,' India Moderna, Valencia: IVAM Institut Valencià d’Art Modern, 2008, p. 335) This subtle equilibrium is discernible in the current lot by Sayed Haider Raza - a striking Indian landscape in black, fawn and white hues.

Horizon was produced in the late 1990s, by which point Raza had firmly moved away from representational forms towards a new artistic concept based on abstract geometric principles. After spending nearly three decades in Europe, Raza reminisced about his upbringing in the rural area of Madhya Pradesh, India, and felt the urge to reconnect with his home country. "...somewhere between 1975 and 1980, I began to feel the draw of my Indian heritage. I thought: I come from India, I have a different vision; I should incorporate what I have learned in France with Indian concepts. In this period, I visited India every year to study Indian philosophy, iconography, magic diagrams (yantras), and ancient Indian art, particularly Hindu, Buddhist, and Jain art. I was impressed by paintings from Basholi, Malwa and Mewar, and began combining colours in a manner that echoed Indian miniature painting." (S. H. Raza in conversation with Amrita Jhaveri, Sotheby’s Preview Magazine, 2007, p. 57)

In Horizon, Raza splits the canvas equally into two parts; the work becomes mirror states of blackness and illumination, light and dark. The painting is reminiscent of the Colour Field painting of Mark Rothko, an artist Raza came into contact with during his time teaching at Berkeley, California, in the early 1960s. The American Abstract Expressionists informed Raza's deeper sense of spatial recession that he began to deploy in the later decades of his career. Despite the western influences, Horizon remains tied to the artist's Indian roots. The strict geometry of Raza's works from the 1970s onwards were informed by Indology, which itself was based on the existential and circular notion of time and space. These concepts were often visualised by cosmic diagrams which, at a universal level, are seen to represent the link between man and nature.

The plane of black in Horizon can also be seen to exhibit Raza's artistic concern with the void, which in Indian metaphysical belief 'is not empty but redolent with possibilities'. (Y. Dalmia, ‘The Subliminal World of Raza’, A Life in Art: S.H. Raza, Art Alive, New Delhi, 2007, p. 197) The use of black was very significant to the artist, 'For black was the mother of all colours and the one from which all others were born. It was also the void from which sprang the manifest universe...Some of the most haunting works of this period are those which evoke the night...where the liminal sheaths of black are illuminated by sparks of white light...As with Mark Rothko, black is one of the richest colours in Raza’s palette and signifies a state of fulsomeness. However, for both painters, colours plumb the depths and are not simply used for their own sake.' (ibid, pp. 197-8)