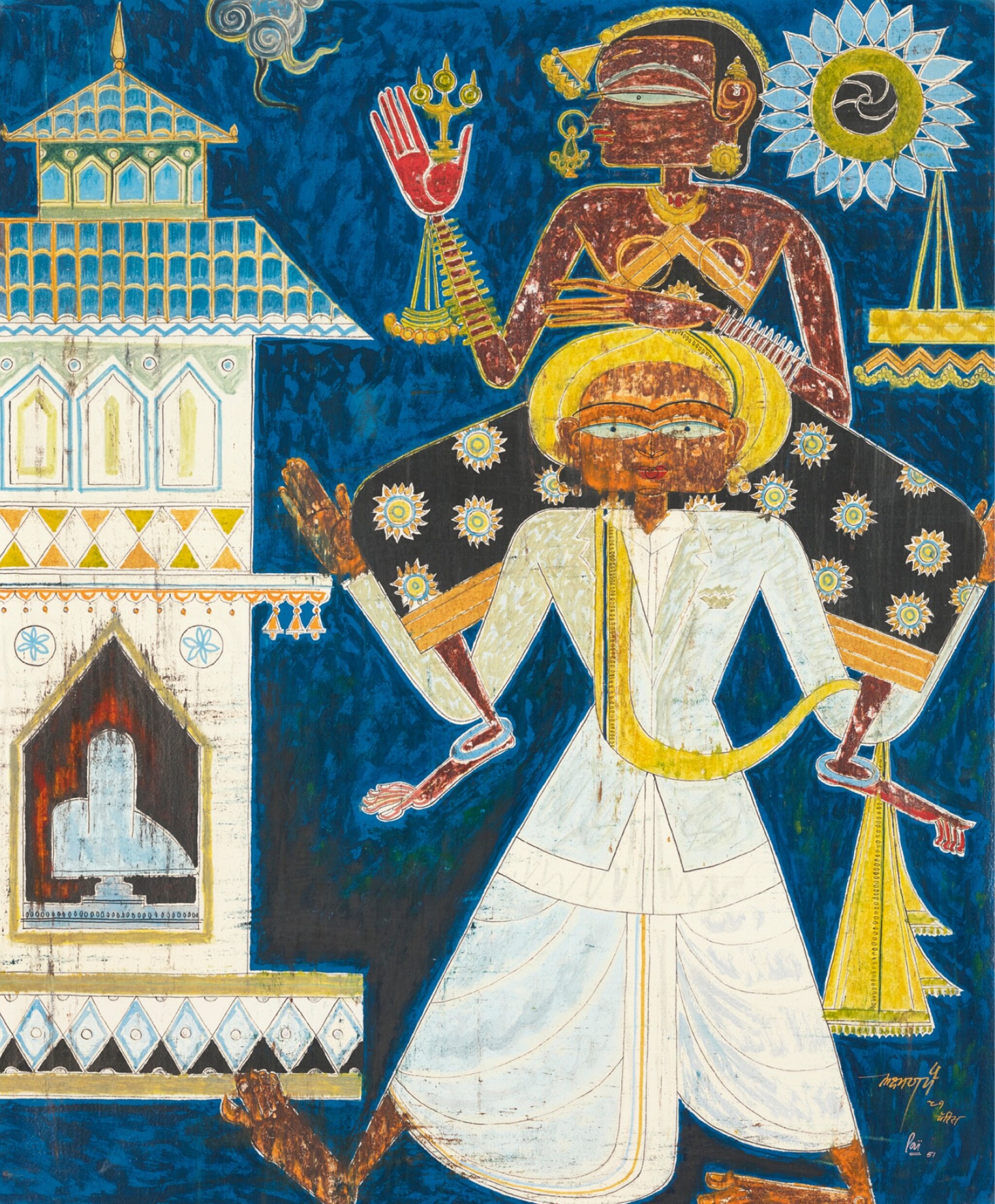 Gouache and ink on paper

Acquired from a Parisian market, 2019

Laxman Pai was born in Margao, Goa in 1926. This area of outstanding natural beauty unsurprisingly fed his creative motivations. Pai attended the Sir J. J. School of Arts in Bombay, subsequently travelling to France in 1951, honing his artistic skill by completing his art education in Paris, as a student at the École des Beaux-Arts, with fellow Indian artists Francis Newton Souza and Sayed Haider Raza. Pai’s works heavily reference the Goan landscape of his childhood. In the current lot, the stylised background of sea blue is reminiscent of Margao. The large sun is given a prominent position, recurring not just in the sky, but repeatedly on the female figures clothing. The rays are beautifully petal-shaped and the centre a swirling motion evocative of Mahatma Gandhi’s spinning wheel. Pai played an active role in India’s independence movement, participating in the Goan liberation movement, and having been imprisoned for his involvement in Gandhi’s Satyagraha.

Pai’s figurative paintings are a curious but delightful mixture of Indian miniature and Ancient Egyptian hieroglyphs. While in Paris, Pai studied the Louvre’s collection of Egyptian relief sculptures, as well as works by Paul Klee and Marc Chagall. He merged these artistic influences with his memories of villagers and farmers in Goa. The present work was painted while the artist was in Paris, and the female figure is painted in an Egyptian style - her body faces the viewer, but her face is in profile.

Pai returned to India in 1961, around the time Goa was liberated from Portuguese colonial rule. He was principal of the Goa College of Art between 1977 and 1987. In April 2018, the artist was awarded the Padma Bhushan, one of the highest civilian awards in India in the arts.