PROPERTY FROM A PRIVATE SCOTTISH COLLECTION 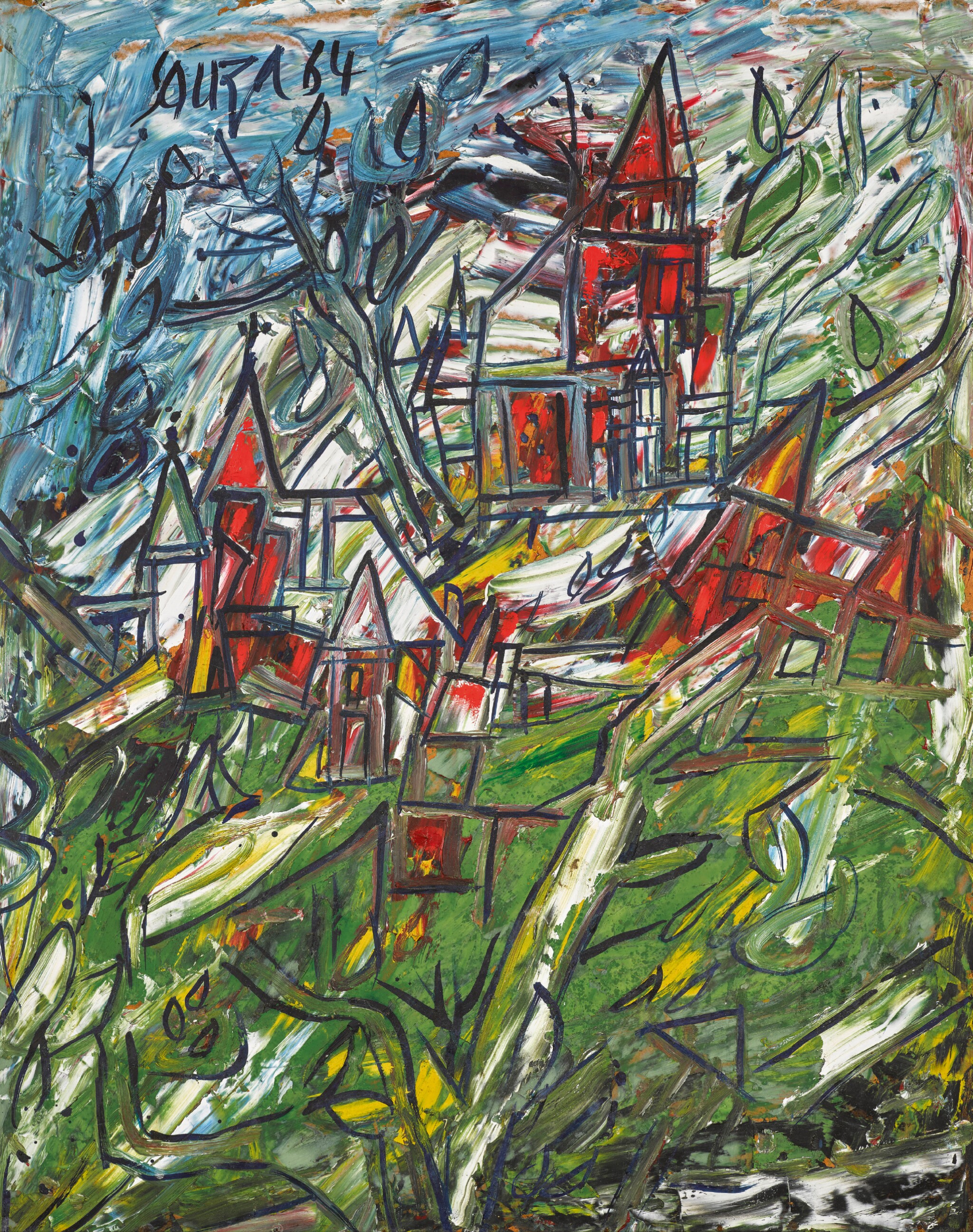 PROPERTY FROM A PRIVATE SCOTTISH COLLECTION

Raised a Catholic in Goa, Francis Newton Souza moved to England in 1949 shortly after his establishment of the Progressive Artist's Group. In 1960, he was awarded a scholarship by the Italian Government, enabling him to study and travel to many European cities, including Rome, Madrid, and Amsterdam. This mixture of influences formed the framework for his compositions during this time. European churches – as well as the stained-glass windows of Goa – constituted inspirations for Souza. The current lot, painted in 1964, marks an interesting admixture of styles: on the one hand, it is suffused with the colourful influences of Souza’s earlier period when he painted in Goa; concomitantly, its disjointed depiction of churches demonstrates the impact of Souza’s time in Europe after 1949. By incorporating the spiritual influences of his childhood within these cubist and abstracted compositions, Souza has created a body of work where religion and Modernity co-exist.

The powdered blue and white sky is in constant flux and tension, highlighting Souza’s gestural application of paint and juxtaposing the sharp lines and abstraction of the structures below it. Indeed, Souza’s landscapes of the 1960s appear chaotic in their compositions and marked a departure from the sentimental and bucolic scenes that the artist painted in the preceding decades. Art historian Yashodhara Dalmia describes the progression in Souza’s work as follows - 'Souza’s landscapes seem to be driven by a cataclysmic force, which wreaks havoc. Most of these cityscapes following, at first, a simple rectilinear structure, which later, in the 1960s, gives way to an apocalyptic vision. The tumbling houses in their frenzied movement are also symbolic of all things falling apart, of the very root of things being shaken.' (Y. Dalmia, The Making of Modern Indian Art: The Progressives, Oxford University Press, New Delhi, 2001, p. 93) Despite the apparent angst of these early cityscapes there is also an evident joy in the use of thick oils applied liberally to the canvas or board, with layers of colour built upon one another and then merged together with swift strokes of the brush or knife. Edwin Mullins states that Souza has 'succeeded in creating images which are entirely personal, yet recognisable at the same time. They are often distorted to the point of destruction - houses no more than lopsided cubes...but they never threaten to dissolve into formalized abstract shapes. The violence and speed with which they were executed keep these images, however distorted, in touch with the painter's vision of what they really are.' (E. Mullins, Souza, Anthony Blond Ltd., London, 1962, p. 37).