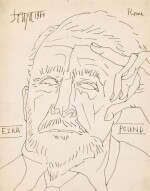 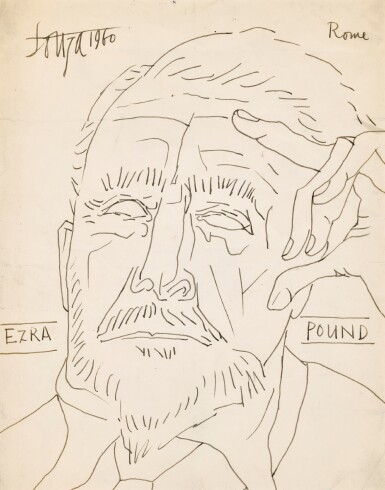 PROPERTY FROM THE COLLECTION OF BALRAJ KHANNA, LONDON

PROPERTY FROM THE COLLECTION OF BALRAJ KHANNA, LONDON

"Met Ezra Pound in his rooms, in his ruins. He was stretched in bed and twitching in his arthritis. Then he rose and put on thick glasses, to take a good look at me. I am sure he saw Dante's inferno in my pock-marked face, or the backside of the moon... Made drawings of him." (F. N. Souza quoted in E. Mullins, Souza, Anthony Blond Ltd., London, 1962, p. 78)

With the great twentieth century poet T. S. Eliot, Ezra Pound started the Modern Movement in English literature. While Eliot stuck to his American roots, Pound took up a Communist ideology. In 1960, when the US welcomed a new President - JFK - and Rome staged the fifteenth Olympic games, my great friend and mentor, Francis Newton Souza, himself a Communist, arrived in Italy's capital, not for the Olympic Games but to see the wonders of the Italian Renaissance and to seek an interview with his hero, Ezra Pound. The poet and painter met. The painter with a burgeoning international reputation executed this striking drawing of the poet for posterity. (Correspondence with Balraj Khanna, 2019)