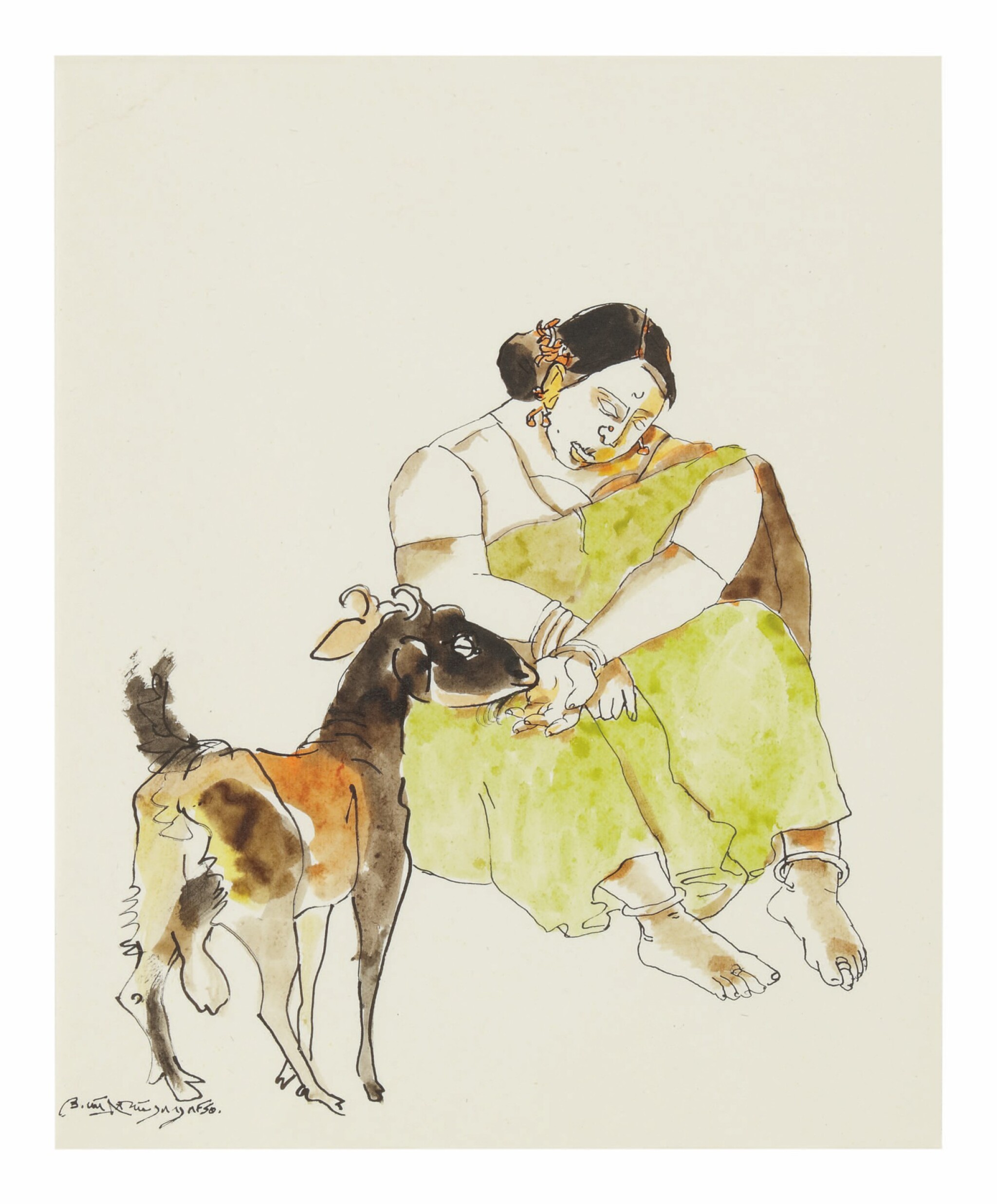 There are very minor spots of discoloration and a faint water stain in the upper left corner. This work is in overall good condition, as viewed.

Acquired from the above by Aicon Contemporary in 2002

Chester Herwitz was a designer and manufacturer of handbags from Massachusetts who first went to India in 1961 and then continued to visit the country almost yearly. He would sometimes remain there for months with his wife, Davida. Together, they started to collect art locally and went on to become one of the biggest patrons of Indian contemporary art. “In India, I saw contemporary art of incredible seriousness, pushing forward in a very dramatic and powerful way, where artists had a very close connection to their visual memory.” (S. Long, Sotheby’s New York, Contemporary Indian Paintings, The Chester and Davida Herwitz Charitable Trust, 1995, unpaginated) The Herwitzes were responsible for bringing international attention to Indian contemporary art. Their collection of more than 3,000 paintings and drawings has been exhibited globally in world-class institutions and sold with Sotheby’s in 1995, 1996 and 2000. These sales kick-started the Modern and Contemporary Indian art market and this provenance is thus considered platinum. A large part of their collection resides in the Peabody Essex Museum in Salem, Massachusetts in galleries named after the couple.