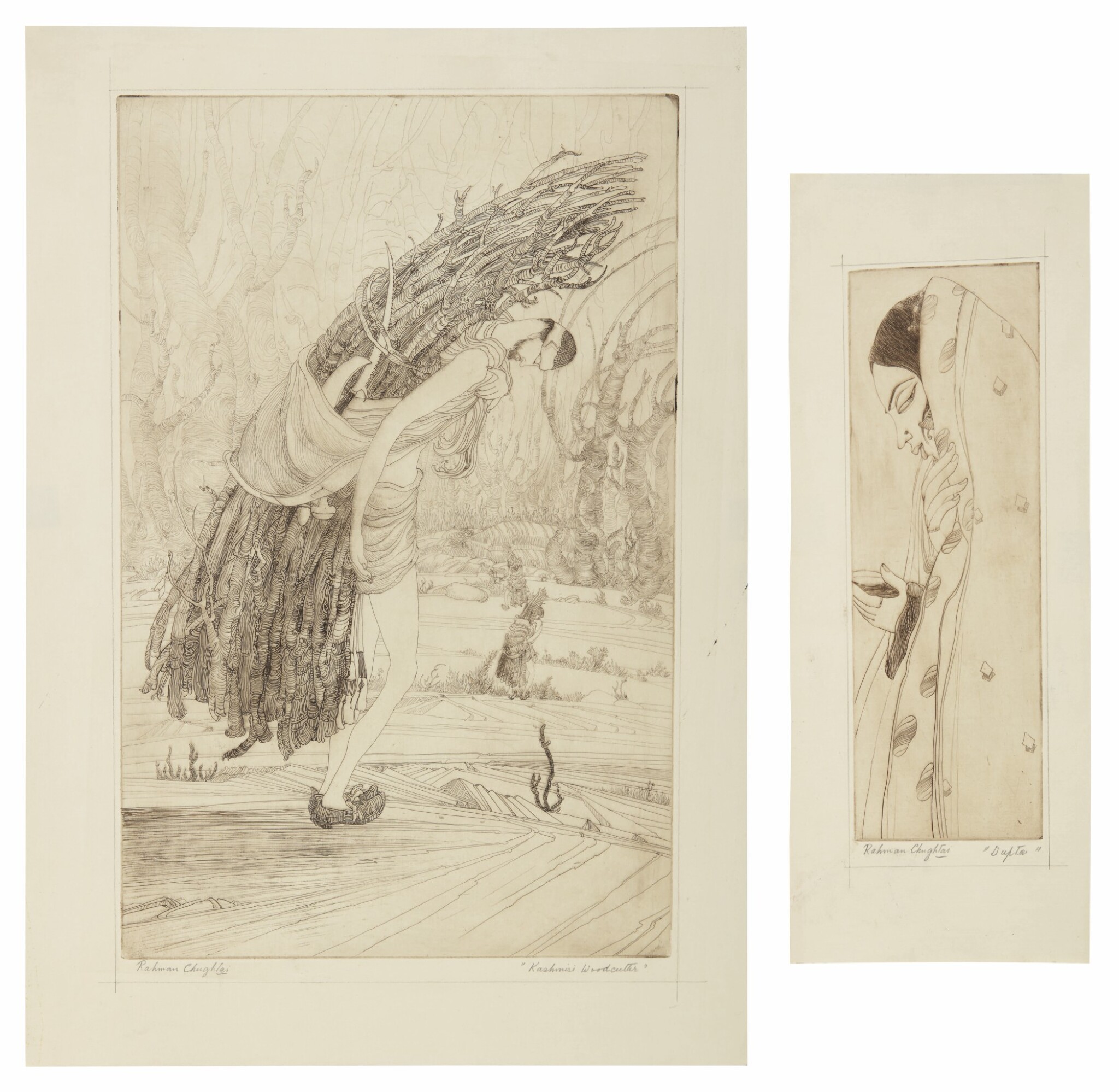 These works are in temporary frames.

There are pin sized holes on the corners of both works and minor wear to paper on the borders of Dupta. Errant ink accretions on the borders of Kashmiri woodcutter appear inherent. Small pieces of tape are visible on the reverse. These works are in good condition, as viewed. They are in temporary frames.

Marshall Hendricks was an intelligence expert, long-time art collector and influential art dealer in greater Washington area. In the 1950s, Hendricks served in the Navy in the Mediterranean and North Africa. In the 1960s, he advanced in the intelligence field and worked in Tokyo (1965-70). In the summer of 1970, he and his family embarked on a three-month travel schedule with Pakistani friends who exposed him to the work of AR Chughtai. It was during these travels that Hendricks amassed an eclectic collection which included these works as well as numerous Japanese prints, fantasy mind-scapes, and works by artists from the American west. From the 1970s – 90s, he practiced law in Washington, DC and was involved with various presidential campaigns as an adviser. Together with his wife, Kappy, he established the Hendricks Art Collection in Bethesda, Maryland in 1970 and began to offer Japanese woodblock prints to buyers in America and beyond – always seeking the best images and top-quality prints.

C. Moore, Chughtai’s Etchings: Editions of a Master, Grosvenor Gallery, London, 2014, illustration p. 21 and 43 (other from the editions)

London, Grosvenor Gallery, Chughtai’s Etchings: Editions of a Master, 29 October - 14 November 2014 (other from the editions)