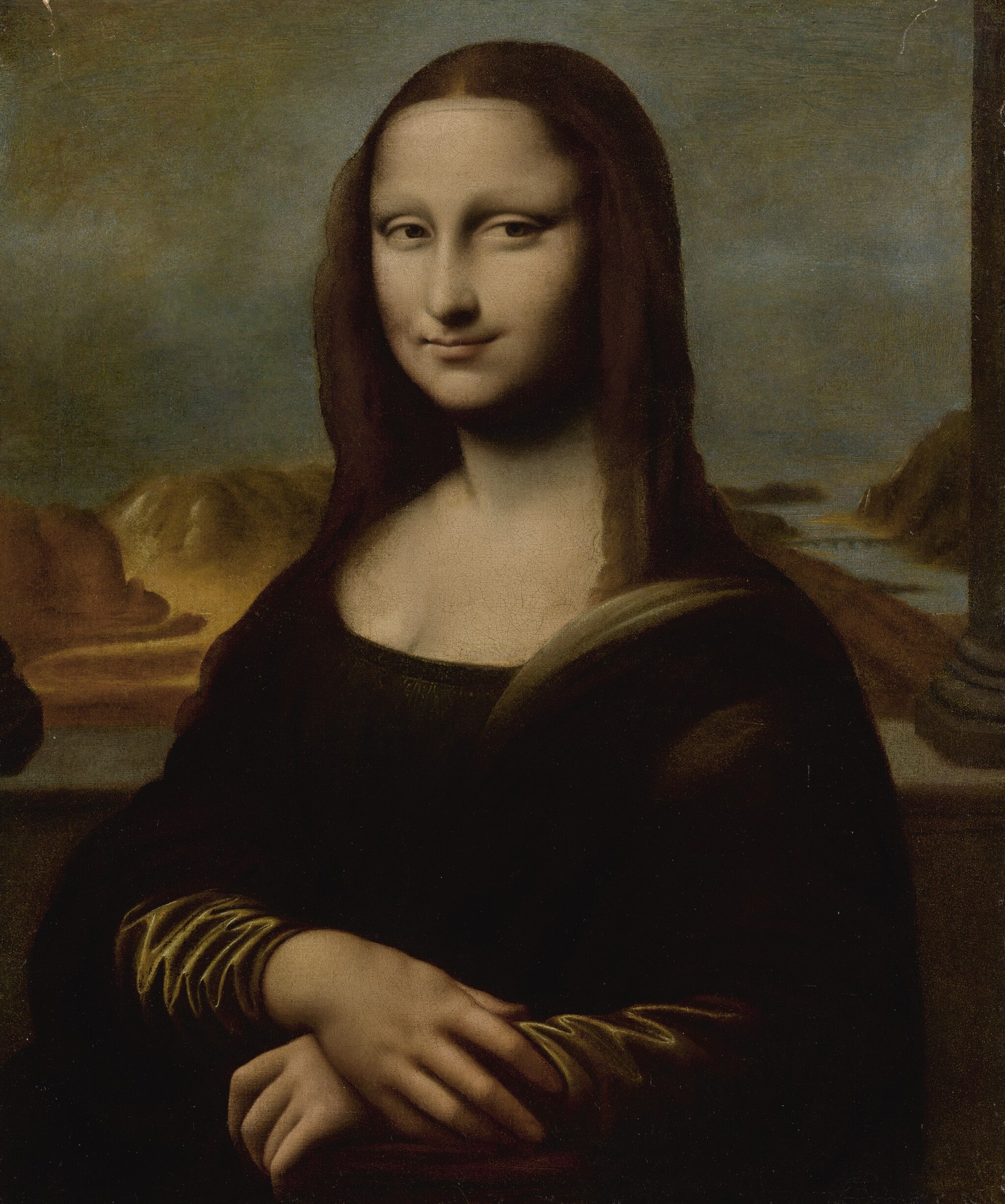 This image, among the most recognizable in the world, finds its source in Leonardo da Vinci's iconic portrait in the Musée du Louvre, the Mona Lisa, thought to depict Lisa Gherardini, the wife of the Florentine silk merchant Francesco Giocondo.1 That original, painted on a poplar panel, was a mature work by Leonardo that represented the culmination of his artistic achievements. It went with him to France around 1517 and likely entered the collection of François I soon after. A testament to its timeless appeal, many replicas of the painting were made for centuries to follow while in the Royal Collection. Some copies, like the present and a version in Baltimore, record the vestigial columns that were thought to have been removed from the original composition at an early stage.2  Some of these early copyists attempted to "complete" Leonardo's composition by introducing columns at the sides, since two fragmentary columns appear in the original. Extensive technical examinations of the Louvre's panel, however, have conclusively demonstrated that it was never cut down at these edges.

Likely painted in the seventeenth century, the present canvas is of a high quality, preserving the captivating impression, the soft atmospheric haze, and the enigmatic smile of Leonardo's model. Comparable copies have recently sold at auction, including one at Sotheby's New York, 31 January 2019, lot 171 ($1,695,000)3 and at Sotheby's Paris, 19 November 2019, lot 3 (€552,500).4