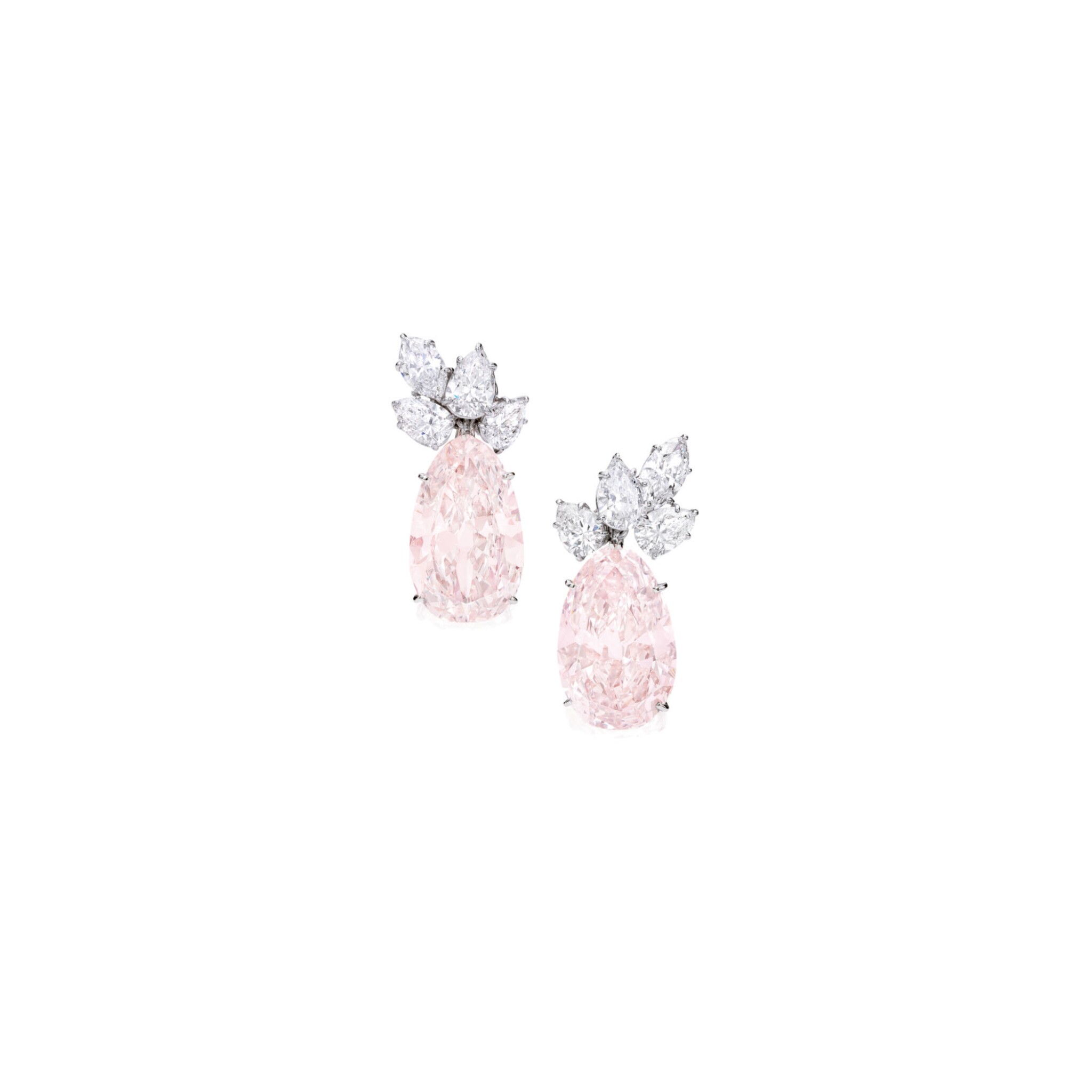 ﻿ Accompanied by an authenticity letter from Harry Winston.

Nenetta Burton Carter (1895-1983) was a leader of the Fort Worth community and a passionate philanthropist. Her husband, Amon G. Carter, was the larger-than-life businessman who branded Fort Worth as the city “where the West begins.” Ever the salesman, Amon coined the phrase when he merged The Fort Worth Star with the Fort Worth Telegram in 1909 launching his communications empire. This tagline still resides on the masthead of the Fort Worth Star-Telegram today, a lasting reminder of Amon’s enduring legacy and drive to celebrate the town he so loved. Amon would later go on to establish the first TV station in Texas. A masterful promoter of his hometown, he convinced major corporations such as American Airlines and General Motors to put down roots out West, creating thousands of jobs. Like so many great Texas families, the Carters were also major players in the region’s oil and gas industry. Persevering through years of dry-holes, they eventually found several reservoirs in New Mexico and West Texas which they sold to Shell Oil in 1947. The proceeds from this transaction formed the nucleus of what would become the Amon G. Carter Foundation. Through the Foundation, the Carters were, and continue to be, instrumental to the quality-of-life in Fort Worth, supporting healthcare, education and the arts, including The Amon Carter Museum which boasts one of the world’s greatest collections of American art. As of 2018, the Amon G. Carter Foundation has made charitable gifts totaling over $655 million.

﻿Outside of her involvement with the Foundation, Nenetta was an active volunteer at the Fort Worth Children’s Hospital. Her heart broke for the countless children turned away because their families could not afford necessary medical care. In answer to this need, she conceived the Jewel Charity Ball in 1953. Much like the International Debutante Ball in New York, the proceeds from the event are given to charity. The first ball was held in 1954 and the legendary House of Harry Winston of New York was the first official jeweler. Harry Winston himself attended and brought the Hope Diamond as well as ample jewels of his own creation. For the last 64 years, the Jewel Charity Ball has continued Nenetta Carter’s vision and generosity, raising more than $71 million for the Children’s Hospital.

﻿Harry Winston created many jewels for Mrs. Carter over the course of their relationship. Knowing Nenetta’s favorite color to be pink, he selected a pair of sumptuous diamond drops and a specimen-quality morganite of the most remarkable color (lot 482). Set off by classic diamond clusters, the jewels are emblematic of both the House of Winston and the intertwined fortunes of Fort Worth and the Carter family.