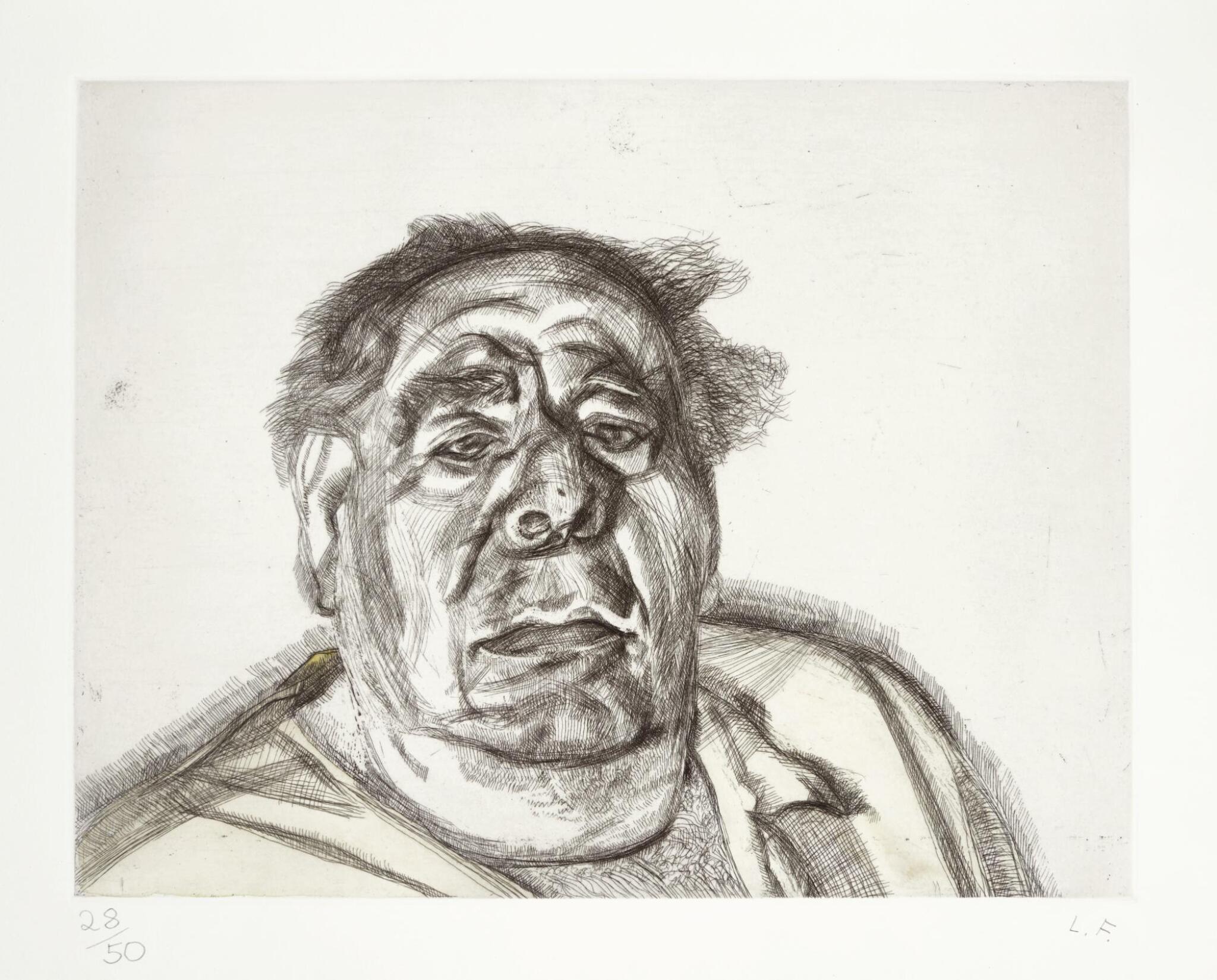 in response to your inquiry, we are pleased to provide you with a general report of the condition of the property described above. Since we are not professional conservators or restorers, we urge you to consult with a restorer or conservator of your choice who will be better able to provide a detailed, professional report. Prospective buyers should inspect each lot to satisfy themselves as to condition and must understand that any statement made by Sotheby's is merely a subjective, qualified opinion. Prospective buyers should also refer to any Important Notices regarding this sale, which are printed in the Sale Catalogue.

Acquired from the above by the present owner in May 1988

Praised as “one of the great private curatorial achievements of the past half century,” the Steinberg collection is renowned for its superb examples of postwar art. Standing in stark contrast with the Colour Field paintings for which the Steinberg collection is most known, this fine selection of raw, hyper-realistic Lucian Freud etchings rounds out the comprehensive collection of abstract and minimalist Contemporary works. Each of the following portraits, etched after Freud’s return to printmaking in 1982, reveals the artist’s sentimental and critical nature.

Following a thirty-three-year hiatus from etching, Freud revisited the medium in the twilight of his career, by which point his style had profoundly changed. Rather than relaying narrative, his late portrait etchings capture the physical, psychological and emotional conditions of his sitters. The artist was closely familiar with most of his subjects, which better allowed him to convey their humanity. His daughter Bella and stepson Kai, for instance, sat for intimate portraits that scrutinize their faces in almost topographic detail (Lots 102, 104). The Painter’s Mother (Hartley 20) is less a portrait of Lucie Freud, and more a portrait of her furrowed brow, demonstrating her son’s admiration for her wisdom and skepticism (Lot 105). Although Freud approached each portrait with intense precision, spending days or weeks on a single composition, he welcomed marks or hairlines that accidentally cropped up on the etching plate, embracing their atmospheric qualities.

Beyond his family, Freud discovered muses who were willing to bare all – physically and emotionally – for his large-scale ‘naked portraits’. Performance artist Leigh Bowery introduced Freud to Sue Tilley, or ‘Big Sue’, who sat for the artist on at least six occasions over three years. Woman with an Arm Tattoo, created at the height of his printmaking career in 1996, was his largest and most impactful etching to date (Lot 101). This scientific and carnal appreciation of Tilley’s figure is an example of what Freud called his “predilection towards people of unusual or strange proportions” – which he was careful not to “overindulge”.

Altogether, the Freud etchings in the Steinberg collection speak to both the artist’s talent and the collectors’ discerning eyes. Blema and H. Arnold Steinberg were ahead of the curve, purchasing Freud’s expressive, neo-figurative etchings soon after their creation. While his contemporaries pushed the boundaries of abstraction, Freud diligently redefined classical portraiture and the nude with his etching needle, challenging perceptions of the human form.