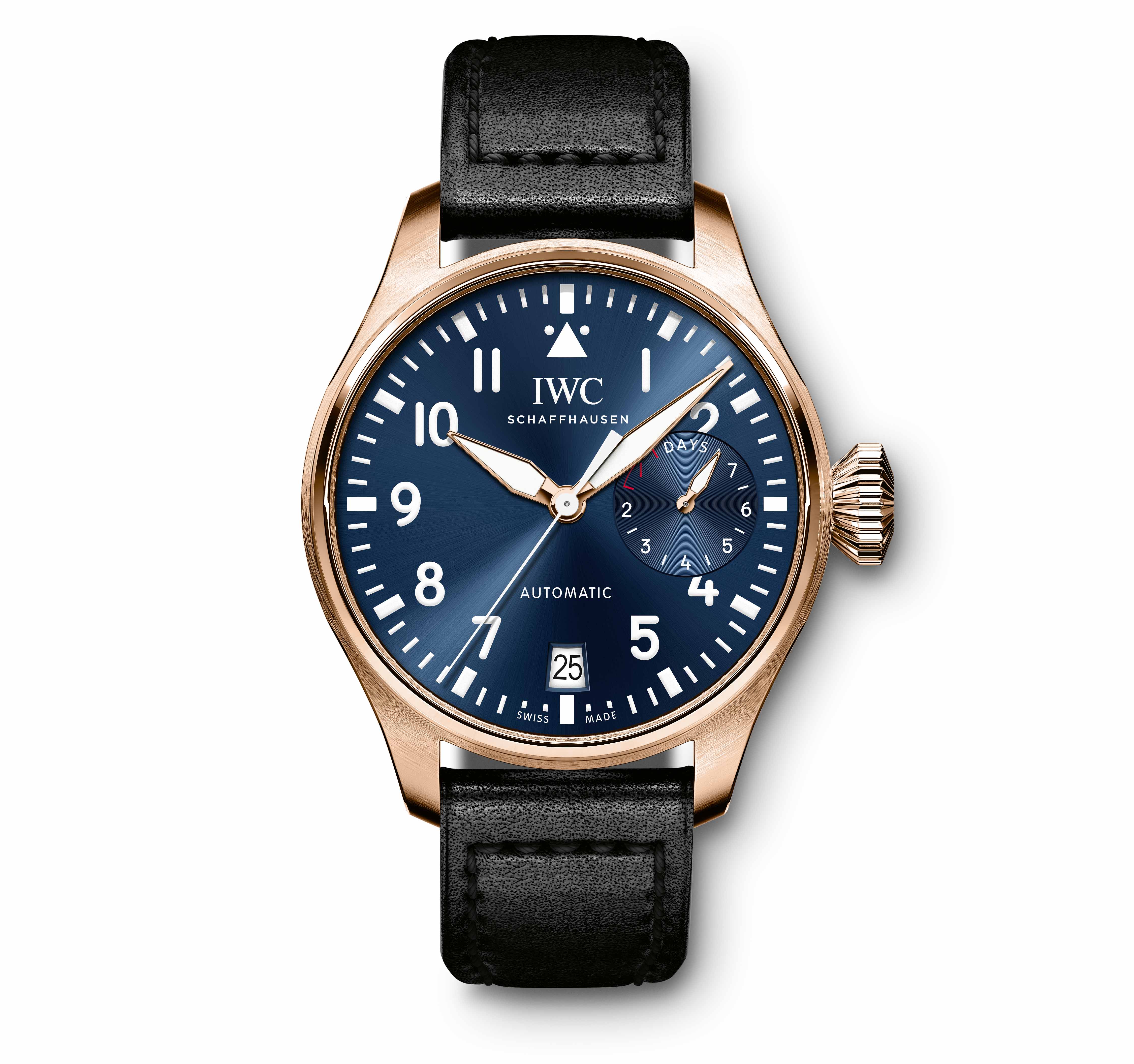 Was worn by Bradley Cooper at the 91st Academy Awards®

Accessories: IWC guarantee, booklets and presentation case as well as a personal letter from Bradley Cooper to the new owner will accompany the watch.

The watch is delivered directly from the manufacturer and was worn only for a few hours, notably by Bradley Cooper at the 91st Academy Awards®. It is therefore in new condition and bears no signs of wear to the case or dial. The watch is under warranty by the manufacturer for 24 months from the date of purchase.

The Big Pilot’s Watch Single Piece with a special engraving was worn by Bradley Cooper while attending and performing at the 91st Academy Awards® ceremony on February 24 at the Dolby Theatre in Hollywood, Los Angeles. The renowned actor was nominated for Best Picture, Best Actor, and Best Adapted Screenplay. The movie won the Oscar® for Best Original Song for its acclaimed hit “Shallow”, shortly after Cooper performed the song onstage. Bradley Cooper has been an ambassador for IWC Schaffhausen since 2018.

The Big Pilot's Watch is one of IWC's most iconic timepieces. The history of Pilot's Watches harkens back to the early days of aviation when pilots needed reliable instruments to carry out celestial navigation in the cockpit. The iconic instrument design is a reminder of that era. The case, case back, and conical crown of this special watch are made from 18-carat 5N gold. Inside the case, a soft-iron inner case protects the IWC-manufactured 51111 calibre movement against magnetic fields. Within no time at all, the spring-mounted rotor and Pellaton pawl-winding system build up a power reserve of seven days. A display at "3 o'clock" provides an indication of the time remaining until the movement comes to a stop. The watch also has a date display at "6 o'clock" and a central seconds hand.

The highlight of this exclusive timepiece, however, can be found on the case back, which has an engraving of an iconic quote from Antoine de Saint-Exupéry's famous novel "The Little Prince" — "It is only with the heart that one can see rightly." It builds a bridge to a good cause that is supported by this auction: IWC will donate its full proceeds to the Antoine de Saint-Exupéry Youth Foundation, which will use the funds to support the association Arrimage in Nice, France. This association was established by Dr Claude Garandes, a blind French artist, teacher and publisher. One of its major projects focuses on teaching visually-impaired children how to read drawings in two-dimensional relief through the sense of touch.

For this project, the association uses the first-ever tactile art book of embossed illustrations of "The Little Prince," accompanied by descriptions in Braille in both French and English. The book was created by Claude Garrandes Editions with the support of the Antoine de Saint-Exupéry Youth Foundation. Thanks to unique teaching tools created by Arrimage, blind and low-vision children also have the opportunity to learn how to draw themselves. Arrimage regularly organises workshops for visually-impaired children and adolescents. The next ones are scheduled to take place in March 2019 in Asia (Bangkok and Hong Kong). By placing a bid for this exclusive timepiece, you may be the one to make this happen.