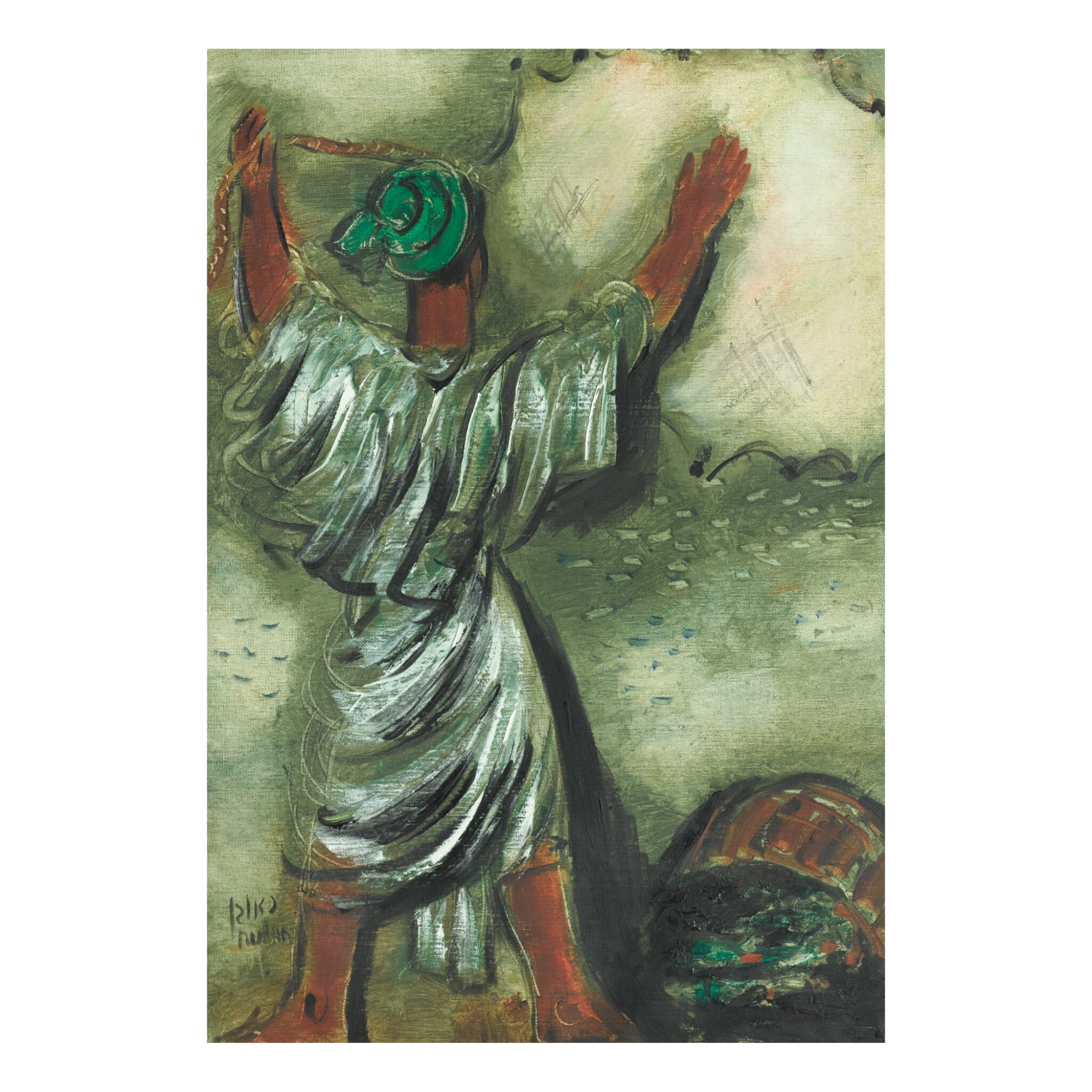 signed Rubin and signed in Hebrew (lower left); signed Rubin, titled Galilean Fisherman and inscribed Made in Israel (on the stretcher)

This work is accompanied by a certificate of authenticity from Carmela Rubin of the Rubin Museum Foundation.

This work is in very good condition. The canvas is not relined. There are a few specks of paint loss by the bottom and top edges. No retouching is apparent when viewed under ultra violet light.

Carmela Rubin discusses the importance of the recurring motif of fishermen in Rubin's oeuvre and notes: “Arab and Jewish fishermen were among Rubin's favourite subjects from the early 1920s, and he continued to be enchanted with these hard-working people throughout the years. He depicted them on canvas spreading their nets into the waters of the Sea of Galilee, along the shores of the Mediterranean, or proudly displaying their catch with their families by their side... Fish we recall, are symbolic of fertility and abundance both in Jewish tradition and in Christianity. Fishbowls also represent a Matisse-like-joie-de-vivre. Primarily, however, Rubin was reflecting on the local inhabitants, admiring their harmonious existence in an unspoiled world of nature.” (Carmela Rubin in Rubin: Home Visit, Rubin Museum, Tel Aviv, exhibition catalogue, 1998, p. 21)