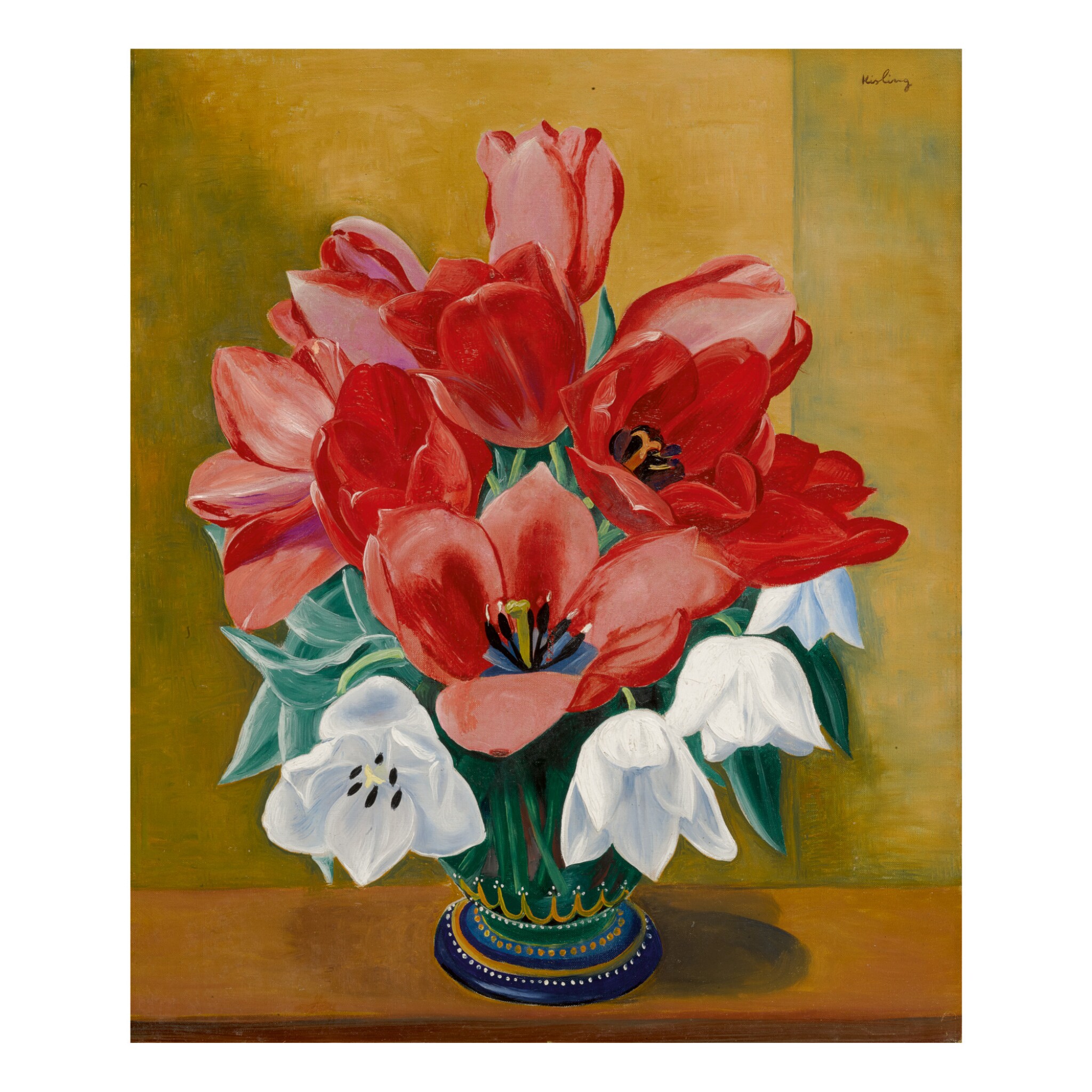 Overall this work is in very good condition. There are a few scattered spots of retouching mainly on the orange petals. There is one speck of paint loss by the bottom right corner. This work is not relined.

Quoted in Fraternité, Paris in 1945, around the year this work was created, Waldemar George describes Kisling's works and notes: "Beautiful coloring, as dense as enamel, a design of a Persan illuminator who might have known Ingres, a strange intelligence of beings, such are the distinctive traits of Kisling." (Jean Kisling, Kisling, 1891-1953, Turin, 1982, vol. II, p. 57).