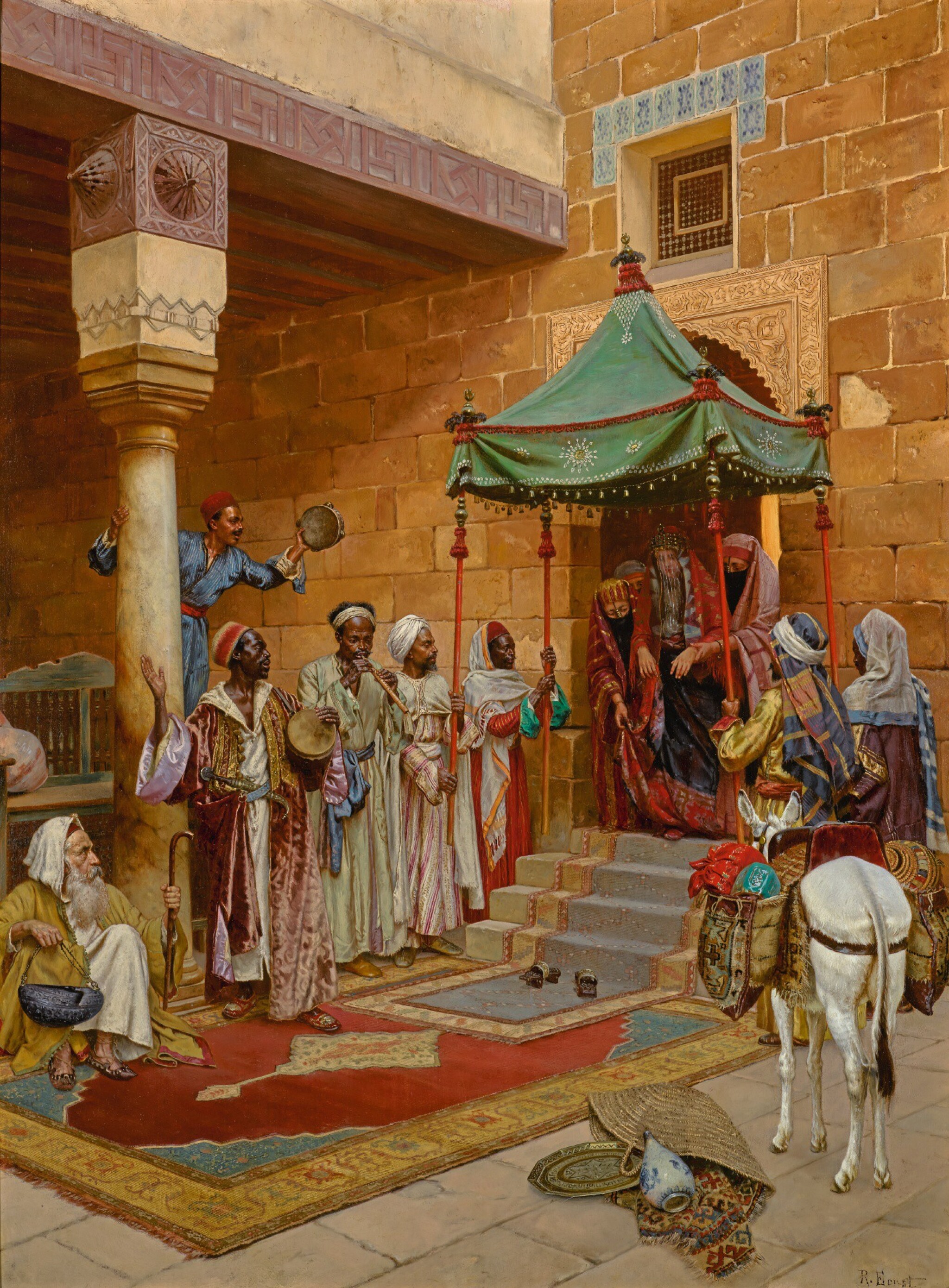 The scale and ambition of this composition distinguishes it as a painting made for exhibition, and indeed it was Ernst's submission to the 1904 Paris Salon. Not only does it depict the celebration of a newly married bride, but also it is in and of itself a sensual celebration of the colours, costumes and sounds of life in Egypt or North Africa. The sound of the tambourines is almost audible, the silks of the costumes and the ceremonial awning tactile, and the gifts borne by the donkey and littering the floor tangible. The bride, accompanied by her bridesmaids, steps across the threshold of the ceremonial chamber. Her shoes await her at the bottom of the stairs, where a plush Moroccan carpet has been laid for her to reach her conveyance, presumably a sedan chair.

In 1898, the critic Léon Roger-Milès praised Ernst to the French public in glowing terms. Nothing, he wrote, remained innocent of beauty, whether it was a painting, a piece of music, or a ceramic (Ernst taught himself the art of faïence, inspired by the tiles he saw on his travels to the Middle East). Of course, Ernst had established his reputation as an artist in France from as early as 1877, the year he first showed at the annual Paris Salon. However, it was not until 1885, following his first trips to Spain and Morocco, that he began painting Orientalist subjects and that he exhibited his first Orientalist artwork, In the Madrasa, at the Salon. In common with his compatriots Deutsch and Ernst, he henceforth focused entirely on this genre, establishing himself as the painter par excellence of surfaces, textures, and patterns.