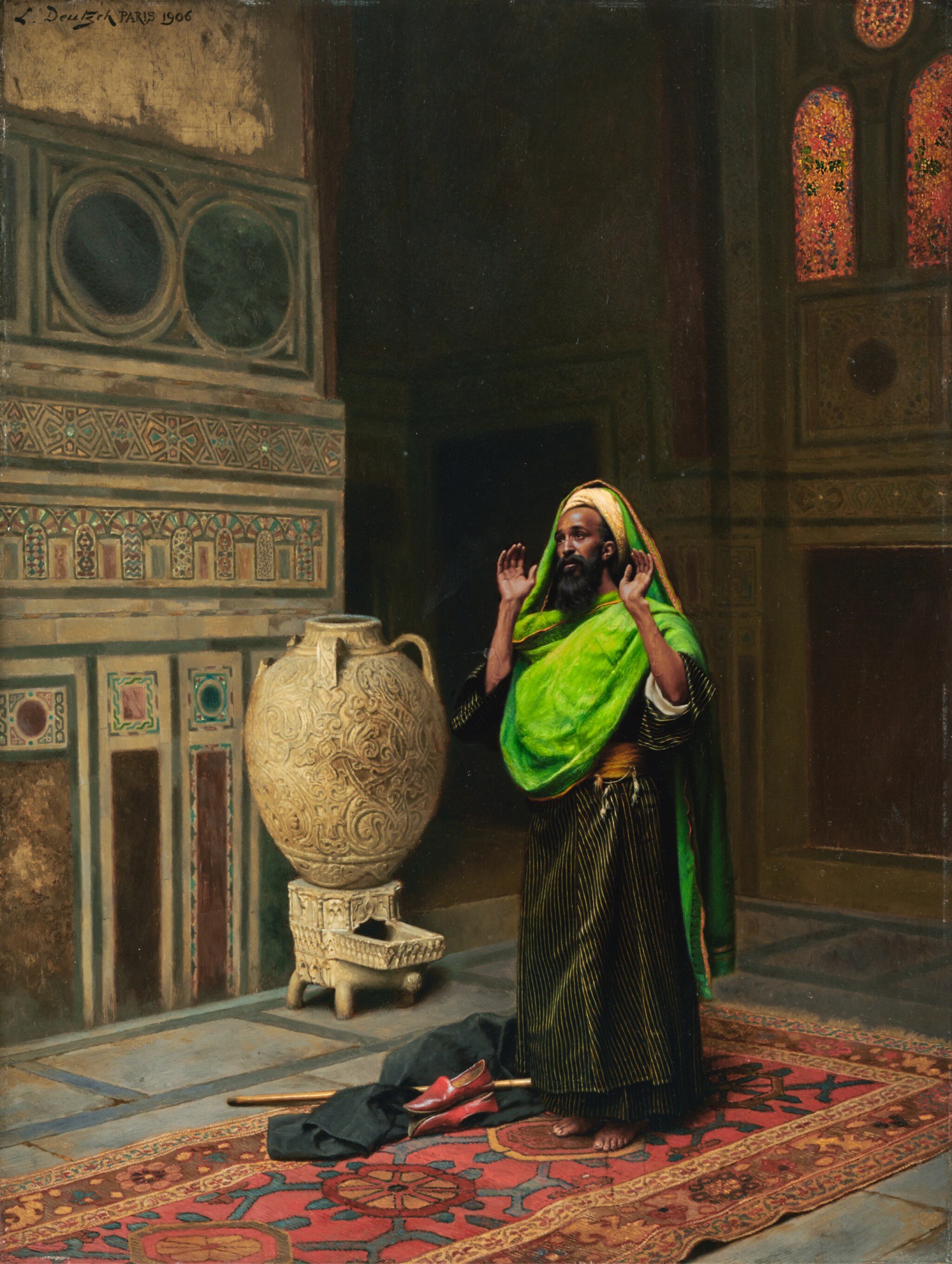 The Morning Prayer is a powerful and noble evocation of the Muslim world's rites and religion. A man is absorbed in prayerful contemplation facing towards the Kaaba in Mecca. The figure has discarded his cloak, shoes and cane to adopt the initial standing takbir position of the raka'ah, or prayer sequence. The detailed depiction of the northwest Persian Kurdish rug, which features a mina-khani blossom and trellis design, as well as the wide variety of textures and surfaces, reflects Deutsch’s precision. Deutsch might have seen a Mamluk water jar with Kufic inscriptions, similar to the one in the present work, in the Museum of Islamic Art which opened in Cairo in 1880.

Despite being one of the leading Orientalist artists, very little is known of Ludwig Deutsch’s life. He settled in Paris in 1878 and studied under painter Jean-Paul Laurens (1838-1921). Whilst The Morning Prayer demonstrates Deutsch's fascination with the Muslim world and his desire to understand and record its culture in painstaking detail, it also testifies to his impeccable use of composition.