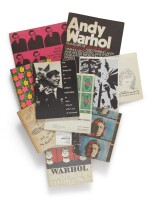 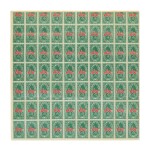 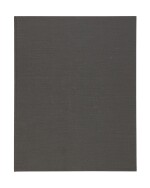 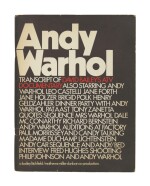 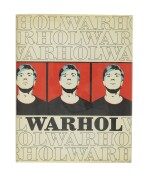 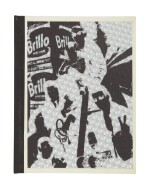 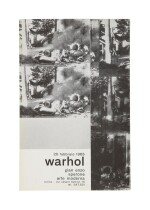 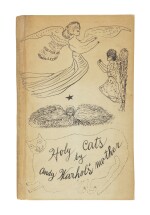 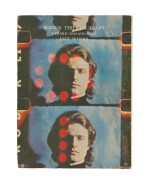 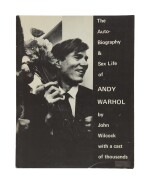 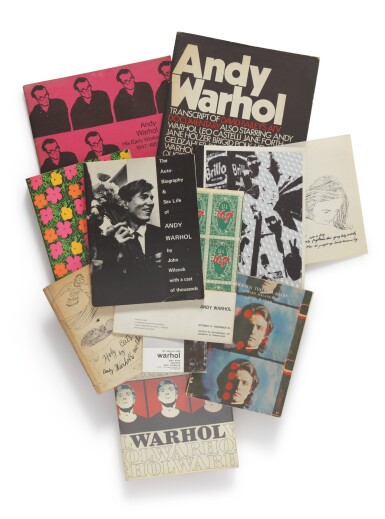 S & H Green Stamps (F. & S. II.9), offset lithograph printed in colors, 1965, from the edition of 6,000 folded prints used as announcements for a Warhol exhibition at the Institute of Contemporary Art in Philadelphia

Warhol, published by Gian Enzo Sperone, 1965, leaflet with three pages printed on both sides with text in Italian

The Autobiography and Sex Life of Andy Warhol, by John Wilcock (with a cast of thousands), published by Other Screens Inc., 1971

'Holy Cats by Andy Warhol's Mother' is in generally good condition apart from minor discoloration and offprinting throughout. The cover also with a few tears and the binding string coming loose slightly at center fold.

'A is an Alphabet' is in good condition. The sheets are loose and uncut. With a few specks of tiny foxing and very slight discoloration at sheet edges. The sheets previously held together by a paperclip, with associated crease at top left corners. The first also with an associated pin hole and small rust stain on the verso. The sheet of 'N' and 'E' with a horizontal crease along upper right sheet edge. 'O' and 'W' with a soft diagonal crease at left and a small rust stain.

'S&H Green Stamps' is from the edition of 6,000 folded prints used as announcements for a Warhol exhibition at the Institute of Contemporary Art in Philadelphia. The sheet with associated creasing throughout and a few tears along the folds. Discoloration at edges and each corner with a spot of skinning and some adhesive residue (one corner tip gone). A few pale stains on the verso, some showing through, and a few fox marks. (Two pin holes in top margin at center.)

Each work accompanied by a black clamshell box. For condition notes on the remaining books, please contact the Prints department.