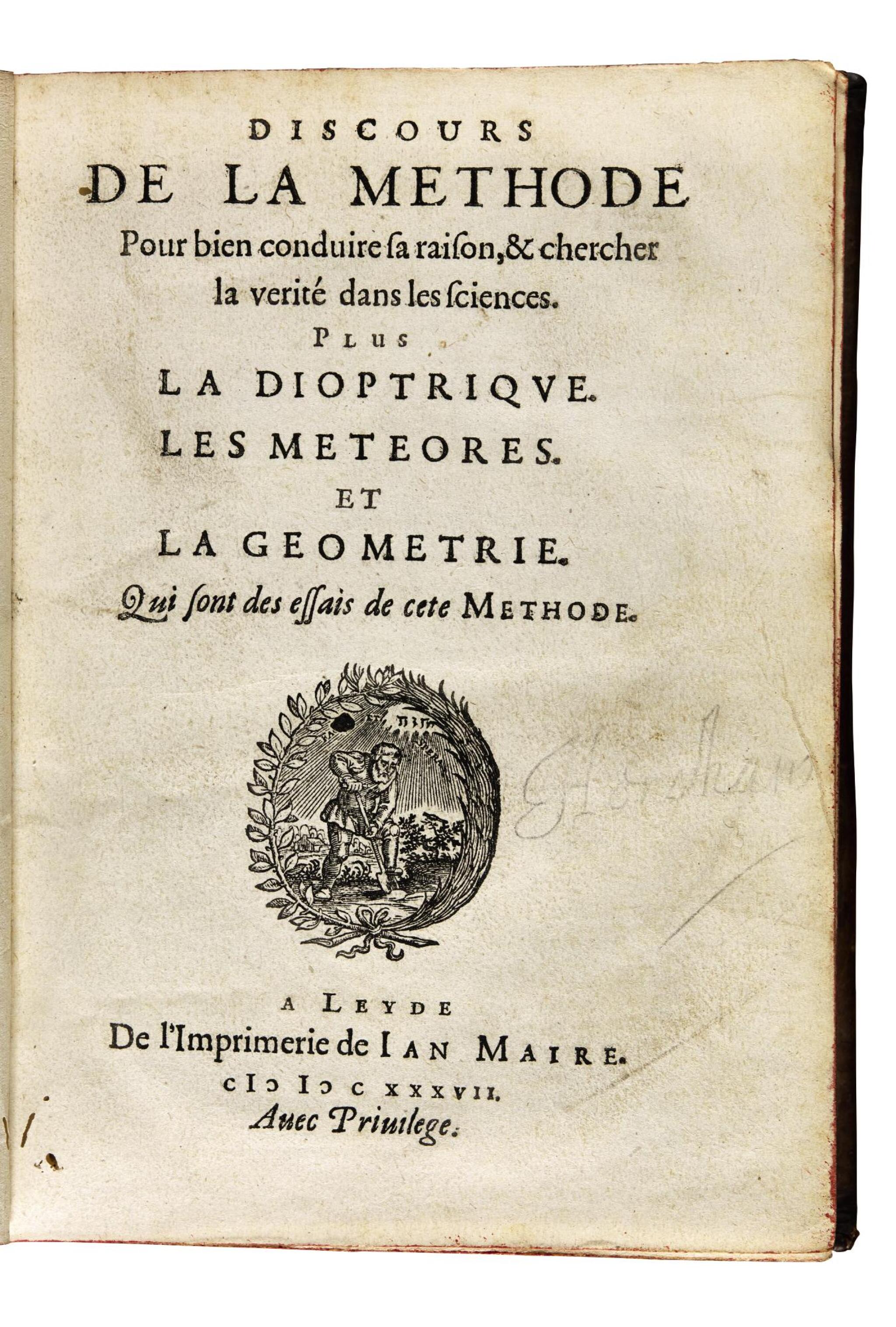 FIRST EDITION, WITH CONTINUOUS ENGLISH PROVENANCE. Descartes' theory of scientific philosophy is one of the most influential philosophical treatises of the modern age, which helped reduce the limitations of Aristotelianism and their negative effect on scientific progress. Descartes stated that knowledge must be based on the experience of the mind which led to the famous quote for which Descartes is best known, "je pense, donc je suis".

The method essentially involved reducing problems down to simpler questions and then building them back up again to more complex queries. The Discours was issued with three other mathematical treatises which Descartes stated would demonstrate his method, as he believed it was more important to show practice than theory.

The natural philosopher Thomas Henshaw inscribed his name in this book and is likely to have been responsible for the annotations. Both his mother and his father were described by Hartlib as "great chemists", and Thomas Henshaw had a lifelong commitment to the new learning. He was a committed royalist who consequently spent much of the 1640s on the Continent (providing an ideal opportunity to become acquainted with the works of Descartes), including a year travelling in Italy with John Evelyn. He spent much of the 1650s engaged in intellectual pursuits as part of a circle of alchemists and natural philosophers, before returning to public life in the 1660s. He had been taught by William Oughtred and his library of alchemical works was used by his friend Elias Ashmole; he was also a founding member of the Royal Society and published a number of treatises in the Philosophical Transactions. His daughter Anne married into the Halsey family of Gaddesden, Hertfordshire, where this book has remained for more than 300 years.