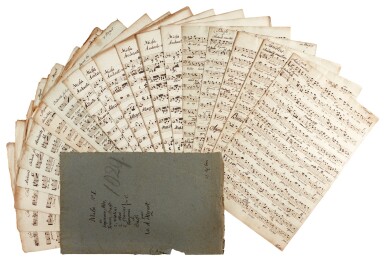 Manuscript performing parts for the Mass in C ('Coronation'), K.317

The Mass in C, K.317, was written by Mozart in March 1779. It seems to have acquired its moniker Krönungsmesse ('Coronation') at the Imperial court in Vienna in the early nineteenth century, as a result of being preferred, according to David Black, as the music for royal and imperial coronations. A first edition of the score, by Breitkopf & Härtel, entitled 'Messe. No I', appeared between June and November 1803.