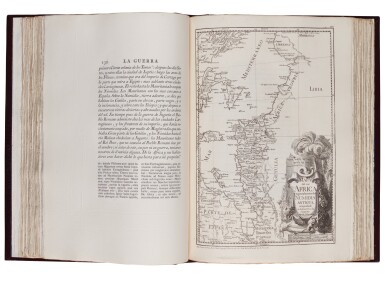 A TALL AND CRISP COPY of Ibarra's marvellous edition. The translation into Castilian (with commentary and editorial apparatus) was by the Infante Don Gabriel (1752-1788), and the printing was commissioned by Gabriel's father, Charles III. "It was an outstanding achievement of the eighteenth-century printing industry and proof that the Spanish government's encouragement of printing had begun to reap its harvest" (Charles Noel, "In the house of reform: the Bourbon Court of eighteenth-century Spain", in Enlightened Reform in Southern Europe and its Atlantic Colonies, 2009, edited by Gabriel Paquette, p. 161).