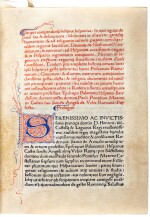 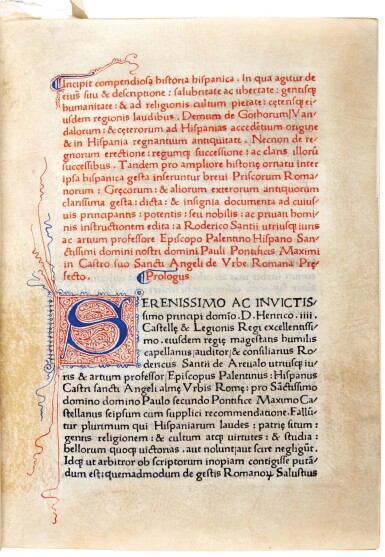 FIRST EDITION of Rodrigo Sánchez's history of Castile, written to support the kingship of Henry IV of Castille (1425-1474) and establish the historical basis of the monarchy in Castile. His main source for the early years was the Historia Gothica of Rodrigo Jiménez de Rada, written in the thirteenth century, and he continues the narrative up to the year 1469 (he died in October 1470). Sánchez spent much of his career at the papal court and also wrote in defence of the papacy.

Other copies are recorded with a couple of leaves printed on vellum (such as the copy in Uppsala). The printer notes in the colophon that this work was produced "sine calamo aut pennis".