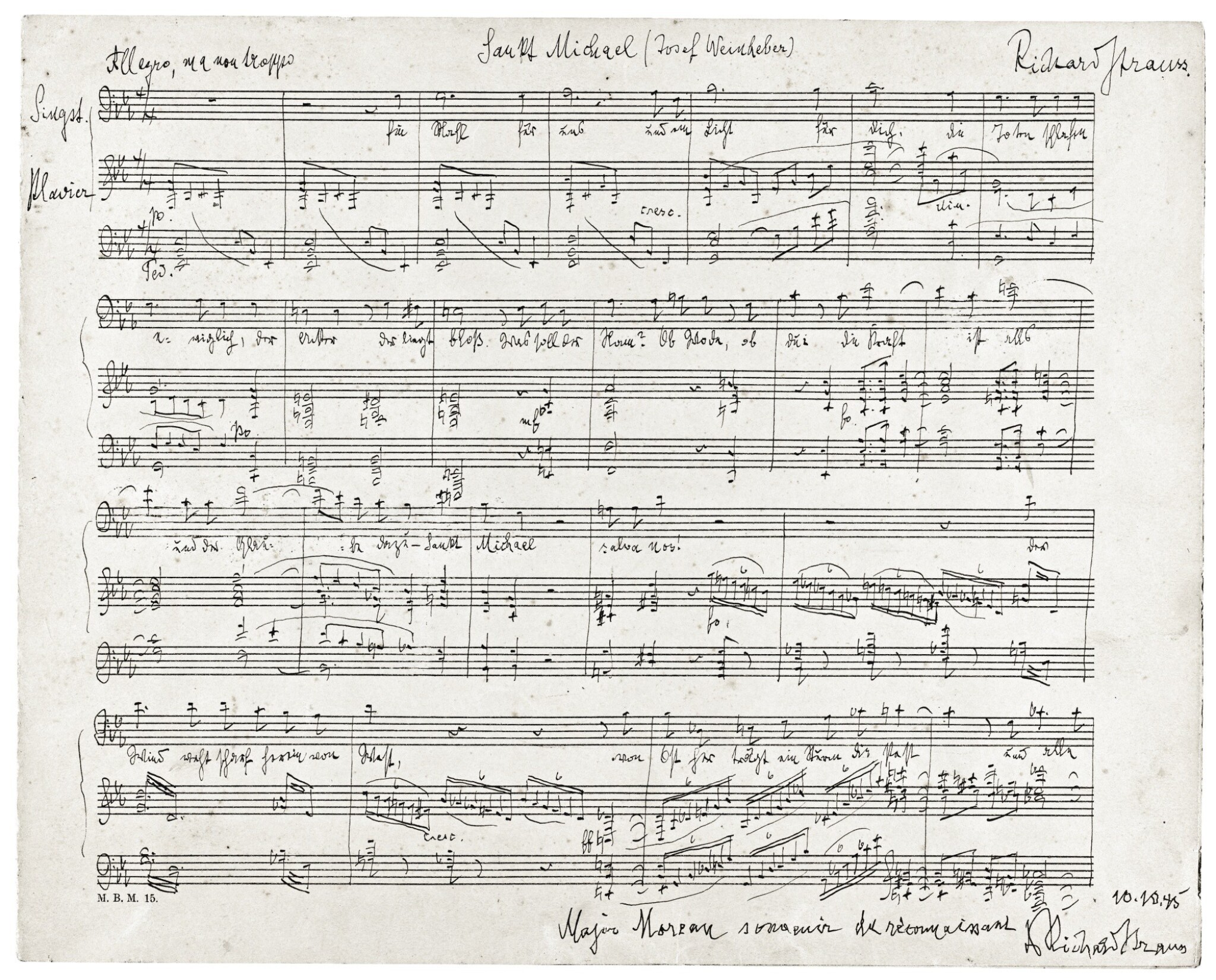 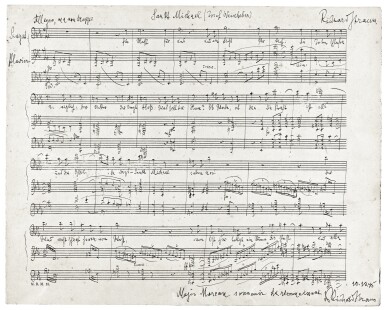 notated for baritone and piano in black ink on four three-stave systems, with a few erasures and alterations in the second and third lines, the text beginning "Ein Mahl für uns und ein Licht für dich", and with an autograph presentation inscription at the foot of the first page ("Major Moreau souvenir du reconnaissant DrRichardStrauss 10.10.45"), seventy-two bars in all

Strauss composed this song [Trenner 280] to mark the Austrian poet Josef Weinheber's fiftieth birthday on 9 March 1942. It is notable for Strauss's exuberant style and his inventive use of a sprightly motif in the bass to portray St Michael. . This score contains some working alterations and appears to be earlier than another autograph of the song now in Vienna (Österreichisches Nationalbibliothek, Hs 40365), once thought to be the manuscript presented to Moreau. The present manuscript is not listed in the Richard-Strauss Quellenverzeichnis (RSQV).

Weinheber was a somewhat controversial figure who committed suicide in 1945 at the collapse of the Third Reich. Strauss presented this manuscript to Major Moreau, the aide to the French Commandant in Saxony, who, at a time of privation and struggle for the elderly composer immediately after the war, had helped him travel to the spa at Baden in Switzerland (where he composed the Oboe Concerto).