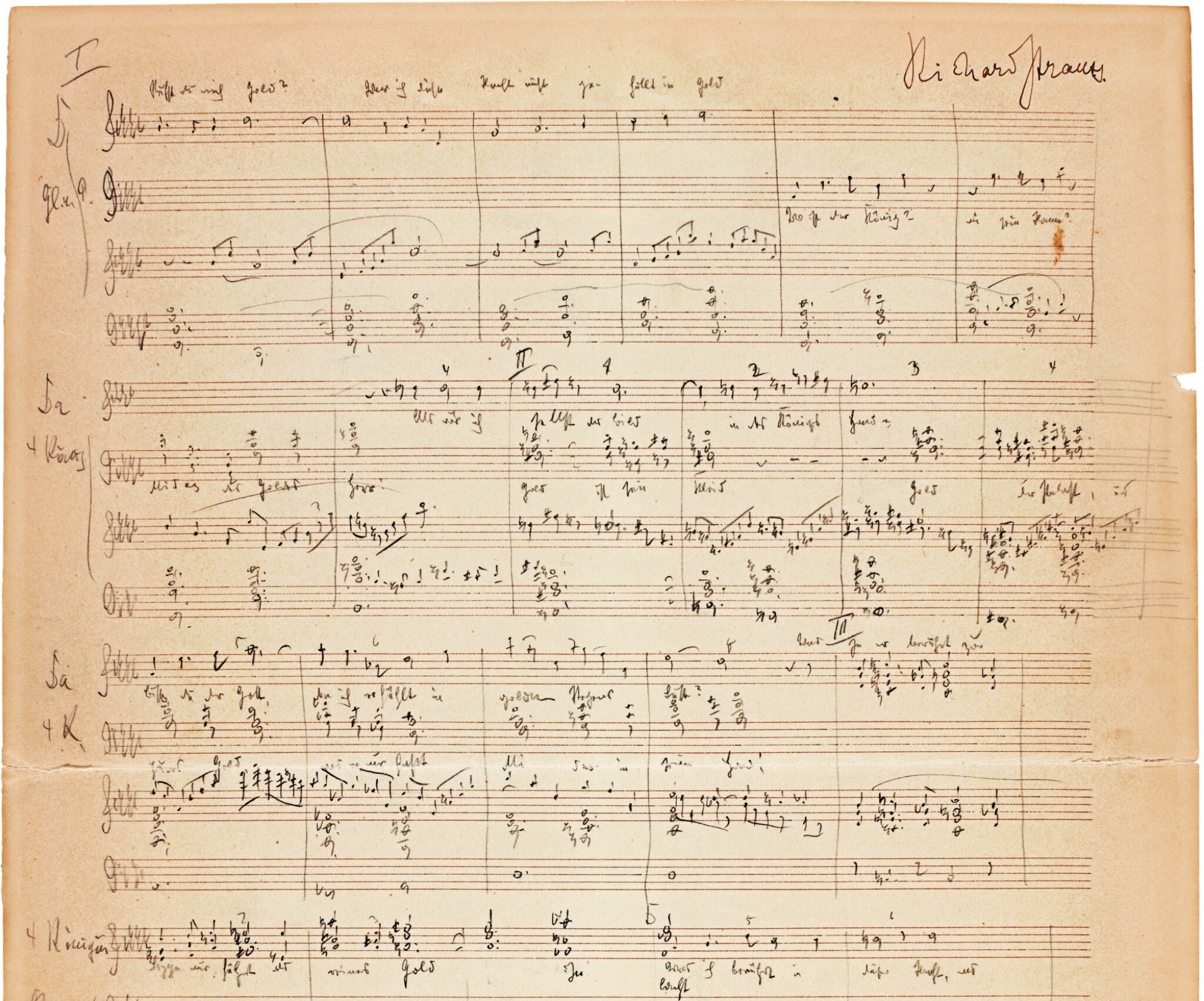 Autograph manuscript of two passages of the opera "Die Liebe der Danae", Act 1, signed over the music in ink ("RichardStrauss"), 1939

the short score notated in pencil on five systems per page, the characters named as Dan[ae], Gl[äubige]r, 4 Könige, 4 Königinnen, X[anthe] and Chor, comprising: 1) Danae's solo "Rufst du mich, Gold?", an early draft in G-flat major, and with other differences from the final version, comprising the first page-and-a-half of the manuscript, 42 bars in short score (figures 64-67)--2) Xanthe's solo "Du böses Kind, kein Freiser", in G-flat major, part of her duet with Danae, comprising 17 bars in short score, notated on two systems on the second page, [Figure 47 to four bars after Figure 48], with a 11-bar sketch of the violin parts at Figure 49-50, inserted on a single stave between the two systems (figures 47-48),

This sketch-leaf for Die Liebe der Danae (Trenner 278) is apparently unrecorded. Strauss composed the opera in 1939, but it was not immediately performed. The planned production at Salzburg in 1944 was cancelled on Goebbels's orders after the dress rehearsal, the only occasion on which Strauss saw the opera staged, and the first performance did not take place until 1952. This mythological comedy tells the story of Jupiter, Danae and the shower of gold. The key of G-flat major is that of the "Golden Rain", in which guise Jupiter has been secretly descending upon Danae. Although Danae's solos in the present manuscript are notated in G-flat, they were later printed in F-sharp major.