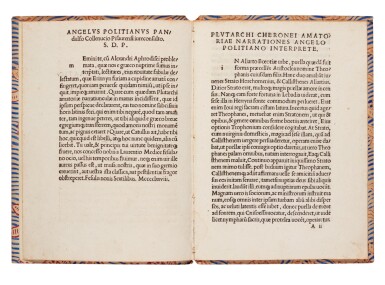 This short translation by Poliziano, made from a Greek manuscript in the Laurentian Library, was first printed sometime after the date given in the preface, 5 August 1478, though GW now assigns it to the early sixteenth century. This reprint was previously thought to have been produced in Florence in around 1490 but has now been assigned to Calvo in c. 1524 by Barberi.